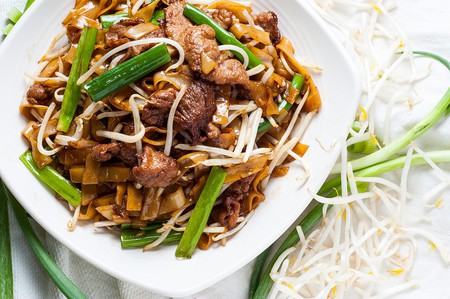 Delicious in its simplicity, the ho fan-style noodle hides a wealth of history behind its chewy exterior.

Ho fan, alternatively called shahe fen or chow fun depending on the transliteration and where the dish is being served, is a Chinese rice noodle used primarily in Cantonese cooking. The noodle style is believed to have originated in the town of Shahe, from which it gets its name, though the town is now part of Guangzhou‘s Tianhe district.

Ho fan is an incredibly versatile noodle, especially given the lightness of its flavor. The noodles are made by mixing rice flour with water, salt, and cooking oil, then cutting the resulting dough into wide, thin strips, almost like a wide tagliatelle. Because the noodles are so light by themselves, they absorb the flavor of any meat they are cooked with and add little more than a fun, chewy element to a dish. 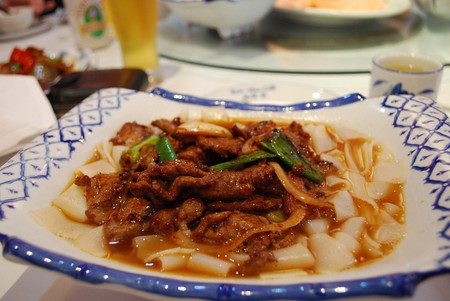 Though the name may not be familiar to Western readers, the noodles themselves surely are, as they are the base of the internationally popular beef chow fun.

Guangzhou, where the noodle style originates, is also known by a different name abroad: Canton. Yes, this is the city where Cantonese food was born, and thanks to the early emigration of Cantonese people to places like the western United States, most Chinese food in such places is based on Cantonese recipes.

Foodie-readers may also recognize ho fan from Thai and Vietnamese cuisine. In fact, a very similar style of noodle is used for the Vietnamese staple phở. It is believed that the modern phở dish grew in popularity due to its wide consumption by early 20th-century workers from Guangdong and Yunnan provinces, who saw enough similarities between the Vietnamese soup and what they were used to back home. One of Hanoi’s first two phở stands was even owned by a Chinese immigrant. 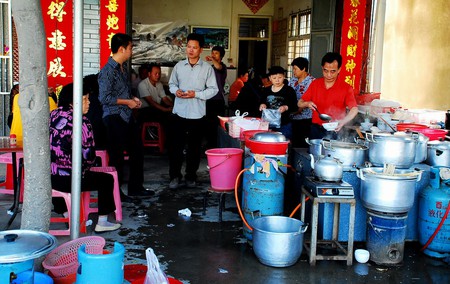 The applications for ho fan are practically endless, though the noodle particularly shines in stir-fried dishes. Chao fen is the Mandarin word for a ho fan stir-fry, and chow fun is the Cantonese version. Additionally, the noodles are also common in soups.

Despite the ubiquity of ho fan in southern China and abroad, the noodle is not commonly found on menus in the rest of China. It is often said that one of the biggest differences between northern and southern China is the wheat/rice divide. That is to say, northern China prefers wheat-based dishes as staple foods – think noodles and dumplings – whereas southern China relies on rice-based staples. 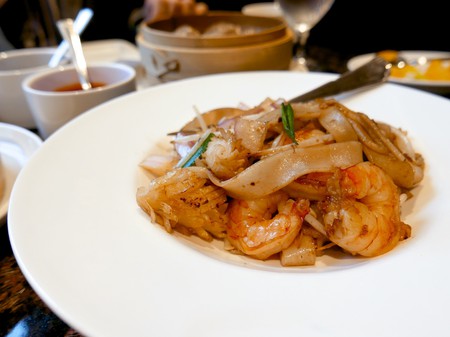