A Cool Chinese Summer in Moganshan 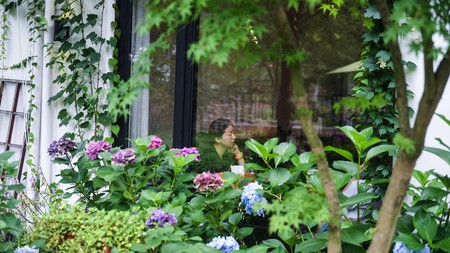 To beat the heat, Shanghainese often head for the hills of Moganshan | © Xinhua / Alamy Stock Photo

Summers in Shanghai are hot, sticky and uncomfortable. That’s why, for some 200 years, the city’s residents have been escaping the heat on the bamboo-clad hillsides of Moganshan.

You’re walking along a cobbled path, surrounded on all sides by bamboo forest. The thick, greenish-black trunks move imperceptibly, creating a faint rustling in their canopy of feathery leaves. Cicadas hum constantly. It’s hot – 26C (79F) and humid – but compared with the claustrophobic heat of Shanghai, it’s also heaven. Here you can breathe.

You’re not the first person to come to this place in search of respite from the choking heat of the city. A 719-metre-high (2,359 feet), bamboo-covered hill near Hangzhou in China’s Zhejiang province, Moganshan (Mount Mogan in English) has been fulfilling this role for 200 years. It is one of the best places to beat the heat in eastern China. And as the past and present exist here in memorable juxtaposition, it’s also one of the most interesting. 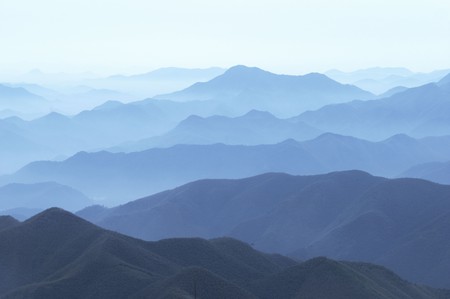 The residents of the small villages that dot the rolling slopes surrounding Moganshan still eke out a living farming bamboo and tea. It’s much the same picture as that which the first visitors to Moganshan – mainly missionaries and wealthy foreign residents of Shanghai, who arrived as early as the 1800s – are likely to have encountered.

Most came then for the same reason they come now: summers in Shanghai have always been tough. Today, the megacity’s pace never falters, despite temperatures of 30C (86F) plus and humidity of over 80 percent. There’s no wind, no breeze, just a constant sweaty fug endured for months on end by 25 million souls.

Any respite from this onslaught has a disproportionate impact. “You go for a weekend and feel like you’ve been away for a week,” says former Shanghai resident Tori Widdowson of her first mountain-biking trips to Moganshan. “By the time Sunday comes around, you really feel like you’ve shaken the city out of your system.”

By the early 1900s, Moganshan (or Mokanshan as it was then known) was a booming hillside resort. Approximately 300 foreigners – mostly Americans and British – built summer homes on the hill, while many hundreds more decamped to the area for months on end, staying at the guest houses and hotels that had sprung up.

Stone villas, municipal swimming pools, churches, shops and restaurants were all built in an eclectic mix of European and North American styles. Classic English gardens with pine trees and flowerbeds were cultivated. The bamboo was chopped down to enhance the views of the surrounding hills. People summered in Moganshan, relaxing, attending parties and taking part in community activities that ranged from hiking and tennis tournaments to music concerts. 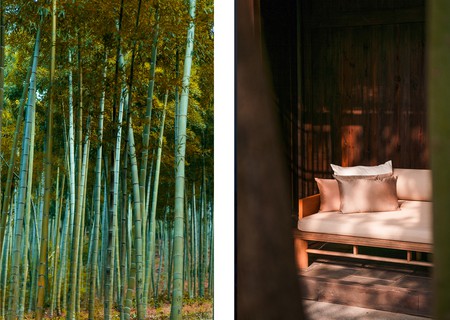 The journey to Moganshan

To get to Moganshan from Shanghai nowadays is fairly straightforward. A high-speed train – sleek and air-conditioned – whisks travellers in a couple of hours down to the nearest station, Deqing, from where a 100 RMB taxi journey to the hill area itself takes around 50 minutes. You can enjoy the cooling bamboo breezes just three hours after leaving Shanghai.

In the late 19th and early 20th centuries, however, this journey was significantly more difficult. Holidaymaker AL Anderson wrote in a 1919 letter that Moganshan was “a lovely place to be in but a beast to get to.” Reaching the hilltop oasis then meant first taking the steam launch from Shanghai to docks in one of various riverside towns. Travellers would then transfer to flat boats for the final part of the journey through the area’s network of small rivers and canals. Once finally at the foot of Moganshan, the wealthy arrivals were carried on sedan chairs up the hillside by long-suffering locals. The whole journey took between 38 and 48 hours. Even by the time a rail line was opened in the early 1900s, the journey still took some 14 or 15 hours under ‘normal’ conditions free of typhoons or unrest in the provinces.

Yet the arduous journey didn’t seem to put people off. A correspondent of the North China Herald wrote in August 1925: “Weather perfect, daily shower, cool nights, bamboos glorious, everything green and lovely.” 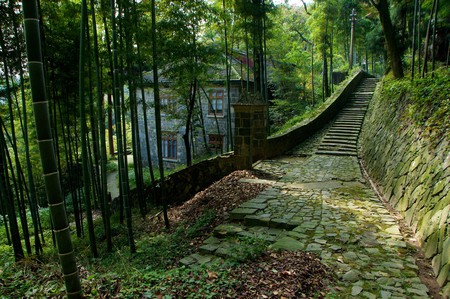 The good times at Moganshan were not to last, however, brought to a halt by the turmoil of China’s 20th century.

Decades of conflict in the country, including the capture of Moganshan by the Japanese in 1937, saw most of the region’s foreign residents flee by the end of the 1940s. While Moganshan retained its appeal for a time – Chinese leaders Chiang Kai-shek and Mao Zedong holidayed (separately) here – the hill’s villas were eventually reallocated to locals once the Communists came to power. With new residents unable to maintain these once luxurious homes, many fell into disrepair or were left to languish, unused, for decades. The pine trees in the English gardens grew tall and unkempt; the bamboo returned, blocking out the views; and the swimming pools were drained and used for storage. Moganshan the hillside summer retreat had gone into hibernation.

Ironically, it would take another foreigner in Shanghai – a British man named Mark Kitto – to re-energise Moganshan. Kitto, in search of a rural idyll, stumbled upon the area in the late 1990s or early 2000s. He would become the first foreigner in decades to live on the hillside, renovating an old villa into a guest house. Where he led, others soon followed: more new hotels were opened, and Moganshan was back on the tourist map.

Nowadays, Moganshan and the 20 or so surrounding villages have a plethora of accommodation. While there are certainly high-end resorts that would have satisfied even the wealthiest European visitor of old, an ever-increasing number of family-run guest houses in the area mean you don’t have to break the bank to stay here. Many of the 200 surviving villas have been converted into hotels or renovated by private owners, while others are occupied by local tenants.

Others remain abandoned. It is still entirely possible to hike through Moganshan’s bamboo forests, along paths made by earlier visitors, and stumble across the ruins of once grand houses and buildings that have yet to be saved. This gives the region a romantically deserted feeling, despite the increasing numbers of people visiting each year. 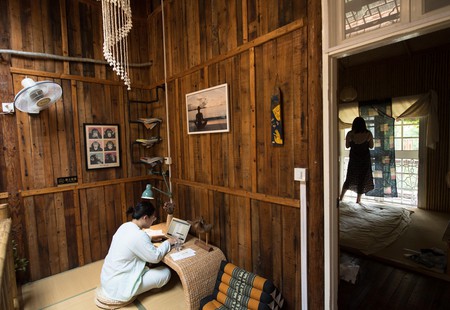 Sunny Wang, owner of Moganshan Solvang Village hotel, says the majority of her visitors come to refresh themselves in nature. “Guests like to rest or hike among the bamboo forests, taking it easy after the heat and stress of the city. They read books, drink locally grown green tea or do yoga – all perfect activities for the summer months.” 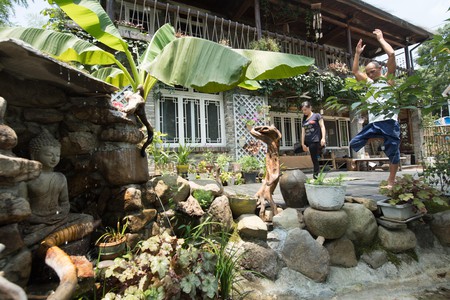 While the municipal swimming pools of old have long gone, there are a number of large reservoirs in the area, such as the secluded Da Dao Wu Reservoir, where people can swim and do water sports like stand-up paddleboarding and canoeing. Most guest houses in the area will be able to recommend places to swim, while some of the high-end resorts have their own pools for guests to cool off in after a hike.

For Widdowson, however, Moganshan offers much more than the chance to just rest and hide from the heat. For her, and many who have come before her, it’s a place to experience rural Chinese life amid clean air and glorious nature: “Get out and explore on foot. Take notice of the little details. Look at what they’re farming, what’s growing, what the insects are, and just get some of that healthy fresh air,” she says. 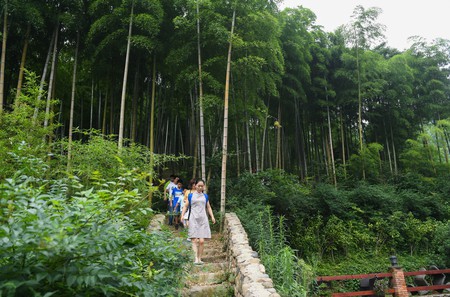