A Comprehensive Guide to Train Travel in China 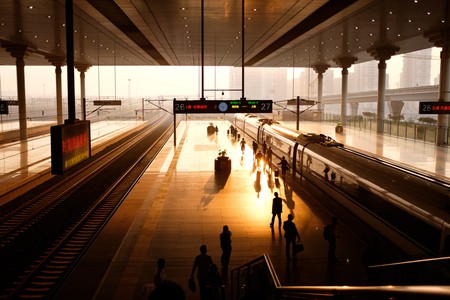 Travelling by train is one of the most effective ways of travelling around the vast country that is China. The railway system is well developed, and trains run on a regular basis. What is more important – the trains are very punctual, which is an important consideration for travellers on a tight schedule. Here’s a step-by-step description of the process and some helpful tips to consider before booking a ticket.

The Chinese railway network is the second largest in the world and thus one of the busiest as well. Train routes reach far in every direction and link almost every town and city. Ticket bookings start between 20-30 days ahead of the intended travel time, but rarely earlier than a month ahead. To check the timetables and decide upon the most suitable journey, there are a number of English-language sites. Agency websites such as China Highlights or Ctrip can be a good reference point, as they have a timetable in English. 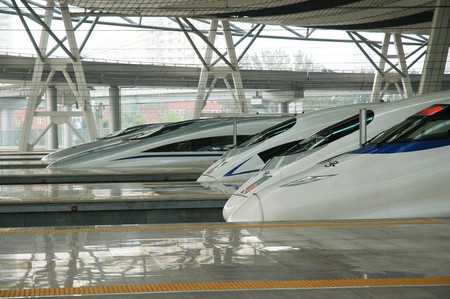 There are a number of ways to acquire your train ticket. A reliable, but not very convenient way is buying the ticket directly at the train station. Ticket offices at train stations operate during business hours and allow you to book, pay, and print the tickets on the spot. The downside of using these offices is, first of all, the effort of travelling to a train station and then waiting on a often lengthy and disorganised queue. There are automatic ticket machines, but those are only accessible by Chinese ID holders. Another drawback is that most personnel at the office won’t speak English, even though major train stations have a dedicated English-speaking window. Alternatively, tickets can be booked online. Websites, such as Ctrip, are English-speaker friendly and will deliver tickets at an extra cost, or can be picked up from their nearest office at no extra cost. Holders of Chinese bank cards can book on the 12306.com website, but using the website will require some basic knowledge of Mandarin or the help of Mandarin-speaking friend. 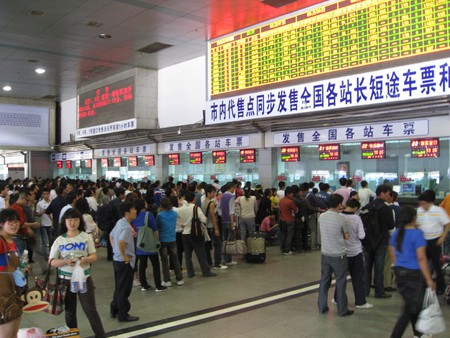 On a high-speed train (routes with the prefix C,D and G), you have three options for seating. 1st class (一等座, yideng zuo) and 2nd class (二等座, erdeng zuo), while separated, have much in common. The seat is fairly similar, but 2nd class seats are more compact and arranged in rows of 3+2, whereas as 1st class seats are larger and arranged in rows of 2+2. Business class (商务座, shangwu zuo) seats are also available on high-speed trains. The leather seats recline into a bed and complimentary drinks and meal are served at your seat.

Slower sleeper trains have a different seat-ranking system. The more expensive is the soft sleeper (软卧, ruanwo), which is located in a compartment of four berths, with bedding provided and a power socket inside the compartment. The doors of each compartment lock securely from the inside. The hard sleepers (硬卧, yingwo) are located in open compartments of six berths in each. Bedding is also supplied, but the room is not as spacious. Seats are also an option and reasonable for a short journey, but a challenging choice for an overnight trip. The seats recline slightly and are very compact.

Train stations in the major transport hubs in China are usually adjacent to subway stations and shouldn’t be an issue to find. The stations are just as easy to access by cab, although potential traffic on the roads should be taken into consideration. Navigating the train station is simple and fairly straightforward. Large train stations have English directions signs and many staff to help find the way. Arriving ahead of time is wise, since the entrance queue can be unpredictable and a mandatory security check needs to be passed before entering the building. Passengers are allowed to access the platform 15 minutes before departure, so a queue is likely to form in front of the gate. 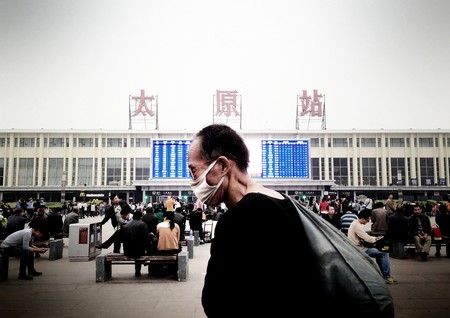 Be mindful around public holidays. During the holiday season train tickets sell out very quickly. The crowds at the station significantly increase too. If travelling over the holidays, leave more time for pre-departure procedures and be mindful of belongings at all times.

Food and drinks are sold on trains, but they are mostly overpriced. Train stations have convenience stores and fast-food chains to purchase snacks beforehand. Every train carriage has a hot-water dispenser, so instant noodles are usually a popular choice.

If travelling a long distance, think ahead about charging electronic devices. High-speed trains are equipped with power sockets, which at times don’t work. Older trains usually have a power socket in the corridor or next to the bathroom.

Chinese trains are very punctual and leave exactly at the time indicated on the ticket. Once the doors close late passengers will not be allowed on board and the ticket will not be refunded.

There is a ticket check prior to travelling, sometimes during the journey, and a ticket may also be required to exit the station. Losing the ticket may result in unwanted hassle and a lot of translation difficulties.