A Chinese Space Station Is Going to Crash to Earth Soon 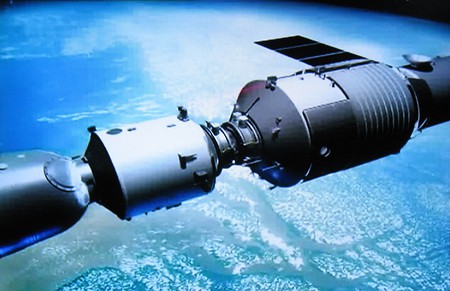 You might want to keep an eye on the skies in the coming weeks.

A Chinese spacecraft that’s been out of control since 2016 is due to crash to earth in the coming weeks – and it could be landing near you.

The Chinese space agency lost control of Tiangong-1, or Heavenly Palace, five years after it went into orbit. It’s now 150 miles above the earth and is being intently tracked by global space agencies. 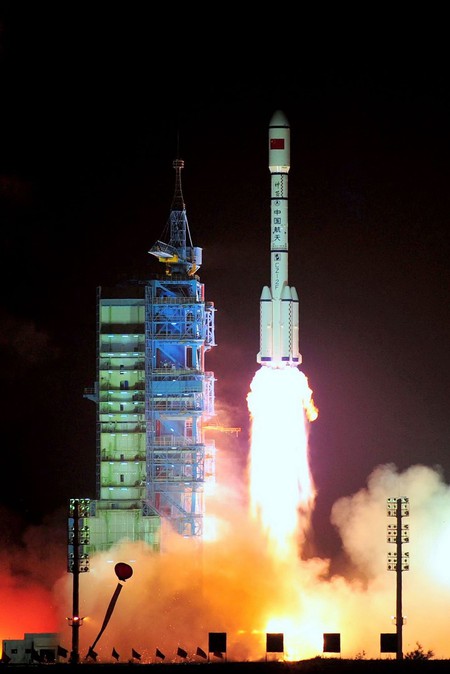 It’s due to make its flaming descent from the skies between March 27 and April 8.

Its orbit means that it could make its descent over large parts of North and South America, the Middle East, Africa, China, Australia or parts of Europe (excluding the UK), as well as big stretches of the Atlantic and Pacific oceans.

The debris from the reentry could scatter for thousands of kilometres. It’s one of the biggest objects ever to re-enter the atmosphere without being steered towards the ocean, as is usual for large or damaged spacecrafts.

It’s uncertain how much of the craft will survive reentering the earth’s atmosphere, as China hasn’t released details of the materials or content of the ship. it’s possible that it could contain fuel tanks of toxic hydrazine that would be well-protected enough to survive arriving through the atmosphere, which could prove dangerous if it lands in a populated area.

China is only the third nation to control a space station, after the US and Russia. 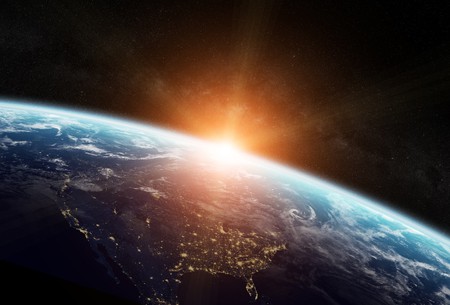 The earth from space | © sdecorat / Shutterstock

Stijn Lemmens, a space debris analyst at the European Space Agency’s Darmstadt centre, said: ‘To make any sensible statement about what will survive, we’d need to know what’s inside. But the only ones who know what’s on board Tiangong-1, or even what it’s made of, are the Chinese space agency.’

The ship is a lot smaller than US space stations – 10 metres long and three metres wide, compared to the football-field sized International Space Agency.

Space agencies around the world will be using the event to test new tracking models and equipment. They will pool their knowledge to get the most accurate prediction of when and where the ship will fall.

It will be impossible to tell where the spacecraft will land until just before it makes it descent. In its final hours, the agencies will be able to tell approximately where it will land as the craft will leave long, thin tracks around the earth. Lemmens said: ‘Along one of these tracks, the breakup itself can spread fragments over thousands of kilometres.’

It’s likely that Tiangong-1 will land in the ocean, and may not even be seen by the earth’s population. Only one person has ever been hit by space junk and they were not injured.