A Budget Traveler's Guide to Shanghai 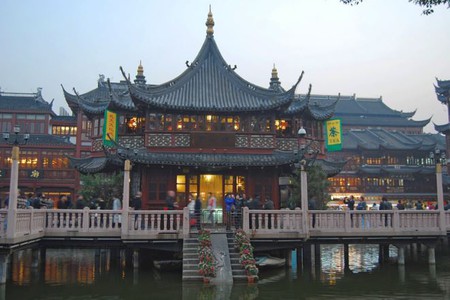 If you do it right, the biggest expense on your trip to Shanghai should be the plane ticket over. From activities to accommodation, Culture Trip has compiled the following list for those who know that you don’t have to be rich to travel.

Walk Along the Bund

You can’t come to Shanghai without seeing the iconic Bund. From it, you can get a complete view of the skyline on the other side of the river. Walk westward along pedestrian street East Nanjing Rd. In the mid-19th century, East Nanjing Rd. was the main street of the international settlement, a place bustling with Americans and Europeans taking advantage of Shanghai’s new port status. Now, the road is one of the largest shopping streets in Asia. 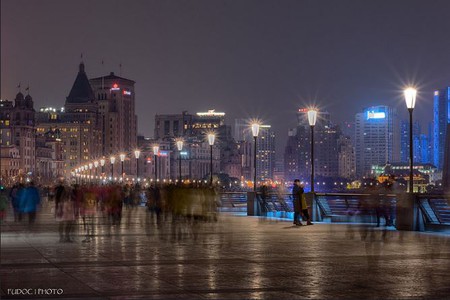 Go to a Free Museum

Shanghai is home to numerous world class museums, but that doesn’t mean they’re expensive. Art lovers should check out the Rockbund Art Museum, the home of interim contemporary exhibits from all over China and the world. Culture lovers, go to the Shanghai Museum, located in People’s Square. It hosts one of the country’s best collections of ancient Chinese artifacts. For history buffs, the Shanghai Natural History Museum has all the dinosaur bones and plant fossils you could want. It’s also a great place for families with kids.

Stroll Through the Former French Concession

The Former French Concession refers to the area between Zhaojiabang Rd to the south and Yan’an Rd to the north that was administered by the French government from 1849 to 1946. As such, walking down its narrow, tree lined streets feels more like being in Europe than in China. This is also the trendy part of town, so expect to see many expats along the route. The recommended point of entry is the South Shaanxi Rd metro station, located at the intersection of lines 1, 10, and 12. From there, walking in any direction will take you down some of the coolest streets in the city, so there’s really no wrong way to do it. 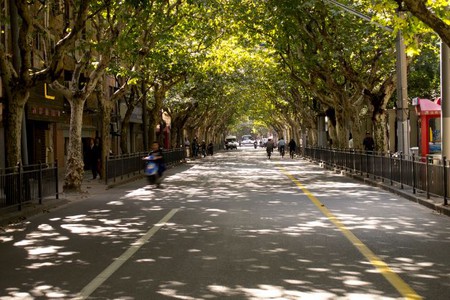 Connect with Your Spiritual Side at a Local Temple

Whether you’re religious or not, Shanghai’s temples can be a great way to find peace within the noise of city life. Most temples carry an entrance fee, but the price is negligible. Buddhist temple Longhua is the oldest in Shanghai and has a fascinating history. Simply walk around the complex and admire worshippers reverie, or buy incense on site to send up a prayer of your own.

You don’t have to live in Shanghai to be in on the drink deals. There’s always an opening, anniversary, or other bar event that spells free booze for attendees. Up to date information can be found on both the “Events” and “Deals” pages of expat website Smart Shanghai. If clubs are more your scene, experience the laowai (foreigner) treatment at a local club, like Fusion or M2. With a promoter password, entrance is free for foreigners, as is alcohol and table space. Be warned, though, free alcohol at clubs is usually the cheapest kind, even if the bottle says otherwise. If you don’t know a promoter in the city, the Shanghai Reddit community will likely be able to help.

As long as you steer clear of western food, you should be able to get a good meal far cheaper than you would be able to back home. Usually the best places to do this are at little local restaurants. Here are some recommended cheap dishes you might find there.

Suspected to be where the word lo mein comes from, la mian are hand pulled noodles characteristic of Hui Muslim cooking. Besides being delicious and versatile, what’s great about the noodles is that they are ubiquitous in the city. The characters for the delicacy look like this: 拉面. Often, these two characters together indicates a noodle soup. If you are wanting more of a pasta dish, look for 盖面 or 拌面, which indicate some topping on noodles. 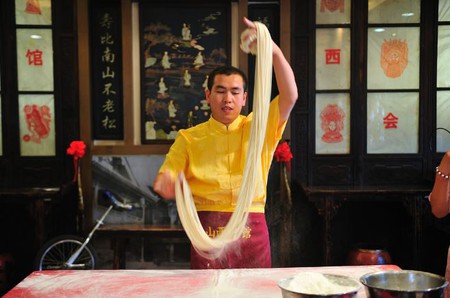 Shanghai’s signature dumpling dish, Xiao Long Bao, makes fans out of everyone who tries it. Arguably the best version of the dish can be found at Jia Jia Tang Bao, located in the People’s Square neighborhood of the city. The closing time for the restaurant is arbitrary. They simply close when they sell out, so try to make this a lunch instead of a dinner.

The fried relative of Xiao Long Bao, Sheng Jian Bao are also plentiful in Shanghai. Chain restaurant Yang’s Fry Dumpling offers several different fillings. Pork is the standard, but shrimp is also a local favorite. Dip the dumpling in vinegar for a truly authentic culinary experience. Depending on your appetite, it will take between 8 and 12 dumplings to fill you up. 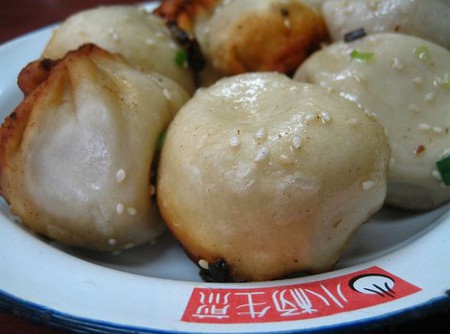 Sichuan cuisine comes from China’s southwestern Sichuan province and is characterized by spicy red peppers and tingle inducing peppercorns. Try out traditional family style eating at one of Shanghai’s best and cheapest Sichuanese restaurants, Spicy Joint. It is another chain in the city, albeit smaller than Yang’s Dumpling. If you’re already in the area to see the French Concession streets, check out the Huaihai M Rd location.

Captain Hostel is a Shanghai institution and also one of the easiest ways to stay Bund-side on the cheap. The international youth hostel is ship themed, as the name suggests. It’s amazingly comfortable for the price, unusually clean for a hostel, and the rooftop bar at the top offers the kind of views you have to pay big for elsewhere. At the bar, you’re likely to meet fellow travelers as well as budget conscious Shanghai residents.

The View from Captain Bar | ©Loraine and Mark/Flickr

Han Ting is a trusted chain in China, similar to a Holiday Inn Express in the US. If you prefer a full hotel to a hostel and still want to save money, this is the place to be. There are many around the city, so search around for the one that best suits your needs.
Shanghai Chi Chen Boutique Hotel

The word “boutique” usually sends frugal travelers running, but don’t be so quick to judge. This hotel offers standard double rooms as well as hostel style dormitories for a reasonable price. The hotel is centrally located (only a 20-minute walk from Nanjing Road pedestrian street). Plus, anywhere the stairs are painted to look like a piano has to be great.