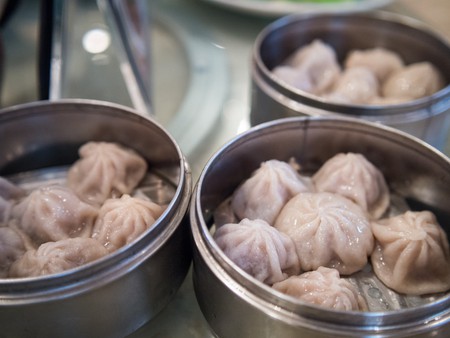 There are eight regional cuisines in China that have been lauded as the “great” foods of the country. Shanghai’s “Hu” cuisine (Hù cài, 沪菜), which includes both Benbang and Haipai cuisine, isn’t one of them. In fact, Shanghai cuisine wasn’t on anyone’s radar until the city began its mercurial rise to power in the late 1800s, and even then, it was considered to be inferior. However, locals still think it’s pretty great, and we do too. Here’s a rundown on what “Hu Cai” cuisine is and a few popular dishes you should try.

The first half of “Hu Cai” is Benbang cuisine (Běnbāng cài, 本帮菜), which literally translates to “local cuisine.” With a 400 year history, it is one of the youngest major regional cuisines of China, having originated in the Ming and Qing dynasties. Starting out as peasant food that slowly became more complex as Shanghai developed, Benbang cuisine has maintained a very distinct character. Its most notable flavor is the hint of sugar that is added to every dish, from fatty braised pork belly to iconic Shanghai soup dumplings. Most dishes lend a deep, caramelized savoriness that visits people later in dreams. These layers of flavor come from the “red braising” cooking method, which is when meats and vegetables are marinated in wine and herbs, and then lightly simmered until the dish turns a deep crimson color and is infused in flavor. 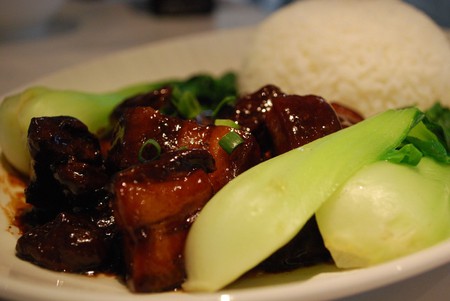 But not everything comes in a heavy, sweet sauce. Shanghainese also appreciate the freshness of seafood and vegetables, most of which are accented with a splash of Shaoxing rice wine and Zhejiang vinegar. Both the rice wine and vinegar are produced in eastern Zhejiang Province, a region that has a strong influence on Shanghai cooks. Hairy crab and crystal shrimp are other popular ingredients of the cuisine. They are often steamed or stir-fried to exemplify natural flavors.

This sumptuous dish is more about the fat than the meat, with squares of trembling meat slowly braised in velvety soy sauce, sugar and Shaoxing wine. In addition to the fatty pork, quails eggs and tofu ties are often braised with the meat as well.

One of Shanghai’s most popular dishes is pork dumplings filled with soup made from pork skin gelatin. The Shanghai version of these are more robust than the Nanjing-style dumplings. The filling is seasoned with a touch of sugar, which changes the flavor profile completely. 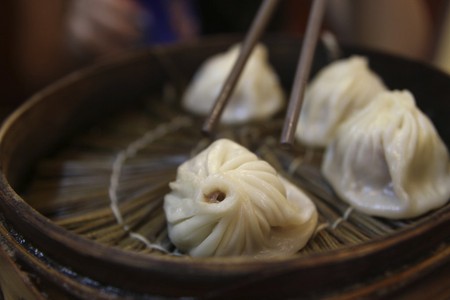 This is an auspicious dish (eight is a lucky number in China), and it is full of diced vegetables, pork, garlic, peanuts and tofu, all stir-fried together with spicy bean paste, sugar, wine and sesame oil. With a delightful combination of soft and crunchy textures, spicy eight-treasure is a dish that will have you dreaming of Shanghai for years to come.

Every season, citizens (and other gourmands around Asia) eagerly wait for the ninth and tenth months of the lunar year, when the hairy crabs (or mitten crabs) are at their fattest and most delectable. These tiny beasts are best when they are simply steamed and served with vinegar and ginger. 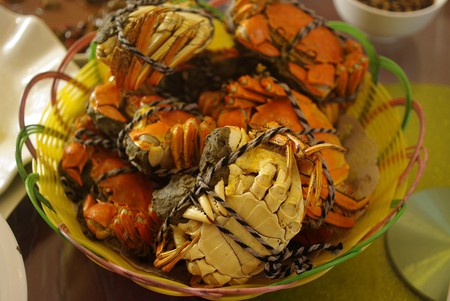 Haipai Cuisine (Hǎipài cài, 海派菜) literally means “all-embracing cuisine”, and it has been at the root of Shanghai since the city’s rise to cosmopolitan culture in the late 1800s and early 1900s. Before the colonization of the city, Shanghai culture (and Benbang Cuisine) was mainly influenced by the ancient kingdoms. After China’s defeat in the First Opium War, the port of Shanghai was opened to foreign trade. After the Nanjing Treaty in 1843, small enclaves were formed and were ruled by foreign settlements. This gave rise to the heady 1920s and 1930s, when Shanghai earned the nickname The Pearl (and The Whore) of the Orient. 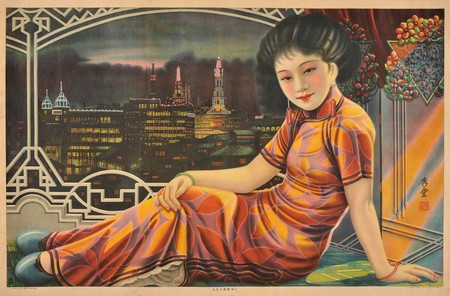 An advert from 1920s Shanghai

This is also when Haipai Culture – the meeting of East and West – appeared along with its cuisine. Western food became fashionable, but much of it was not to the taste of most Chinese people. Therefore qualities of Western cooking and ingredients were absorbed into a new cuisine, including a Chinese take on borscht, fried pork chops, and even potato salad. With the rise of Communism, Haipai fell out of favor, but some dishes were so beloved, they endured in traditional Shanghainese restaurants in the city. Today, a new wave of Haipai cuisine is rising with younger chefs, who are once again experimenting with new ways of cooking. 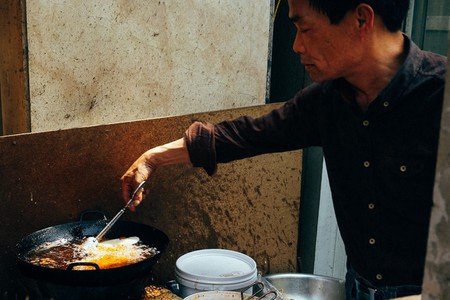 This take on Russian-style borscht was developed after the influx of immigrants fleeing Russia. It is a lighter take on the traditional beet soup, using a clear broth consomme with bits of tender carrots, celery and beef floating inside.

Marinated in wine and ginger, then coated in cornstarch and rice flour, this is a different take on schnitzel, but lighter and crispier. It is served with a delicious, thick sauce that is akin to Bulldog (tonkatsu) sauce.

This take on the Russian salad is made with boiled potatoes, diced sausage, peas, and hard boiled eggs. It’s often served as a cold dish appetizer at Shanghainese restaurants, or made at home.

Try Shanghainese Dishes at these Restaurants!

Fu 1088: For a little more of an upscale experience, head to this beautifully-renovated lane house, where Tony Lu serves up elegant versions of Shanghainese classics. 375 Zhenning Road. +86 (021) 5239 7878