A Brief History of the Temple of the Five Immortals 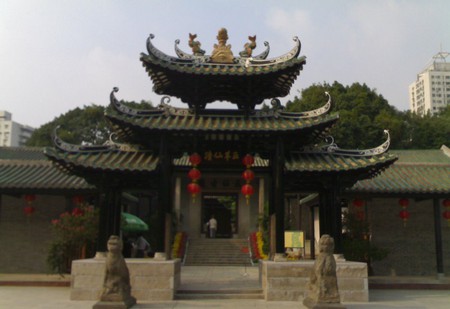 The Temple of the Five Immortals | © Dzb0715 / WikiCommons

The Temple of the Five Immortals is a Taoist temple, located in the Yuexiu district of Guangzhou. The history of the temple goes back hundreds of years to ancient China and the legend of the five immortals.

The legend goes that five immortals rode colorful goats to Guangzhou, bringing rice farming to the city. Because of their importance, the immortals were worshiped from that moment on, and their goats were turned to stone. These five ram statues imparted a new nickname to Guangzhou – the City of Rams.

During the early Song dynasty (11th century), a shrine and abbey were built on the location. Later, during the Ming dynasty in 1377, the temple was erected. As is often the case with twists and turns of history, the temple was also ruined during its time, but was rebuilt twenty years later, and then also renovated in the 1980s. 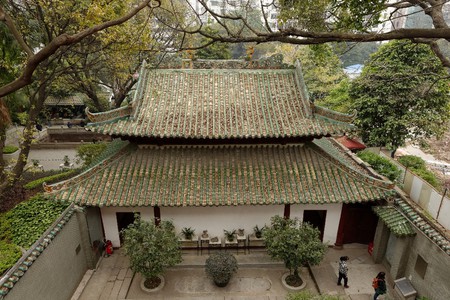 The largest bronze bell in Guangzhou can be found inside the Temple of the Five Immortals and weighs approximately five tons. Shortly after its installation, back in 1378, a plague broke out and the bell was seen as a bad omen.

Visitors can climb up the 17.5-meter tall First Tower of Lingnan, see the temple area and the bronze bell. Close to the tower, preserved footprints can be seen in the stone. It is said that these are the footprints of the five immortals, however, in reality it is an erosion mark left by the Pearl River flooding.

A large city map from 1907 can be found in the back hall, showing how rural Guangzhou looked during the last dynasty. The temple, now converted into a museum, also has a beautiful Chinese-style garden, with ponds and banyan trees, making it the perfect afternoon getaway from the busy city center.