A Brief History Of The Origins Of Chinese Pottery

Famed for its delicacy and intricacy, the tradition of ceramic ware and porcelain has been ingrained in the development of Chinese culture. Named after the city it was mainly sourced from, the Chinese art of making pottery ware has been very much envied and admired internationally since its discovery by the Western World. 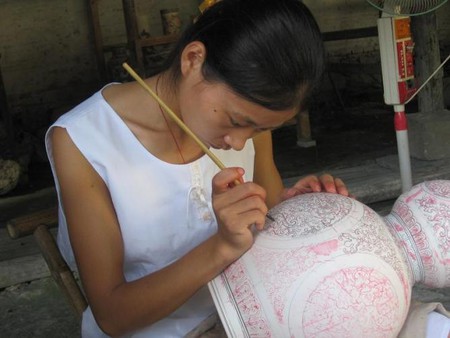 Though there is much dispute over the origins of porcelain, traces of ceramic ware have been found that date back to 17,000 or 18,000 years ago in Southern China, an age that makes it among some of oldest ceramic vestiges found in the world. These old traces display evidence of pottery being created in the crudest and most basic of fashions, so that the finished product can be used as some archaic form. Porcelain as an art-form and skill, however, has some evidence which can be traced back to 7th century AD (Tang Dynasty), the 3rd century AD (the ‘Six Dynasties’ era), and even the 2nd century AD (the eastern Han Period), though academics often disagree over the validity of these sources. 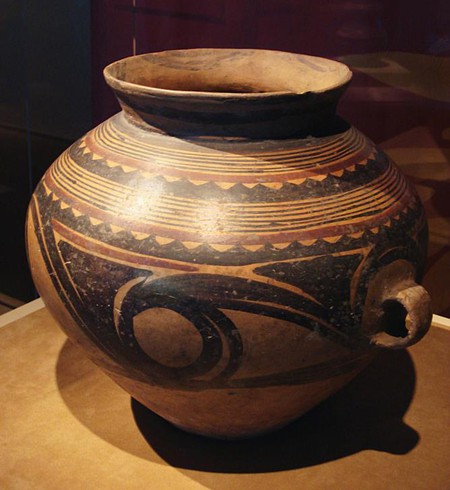 Though the Chinese subcontinent is rich in the resources that are required for the creation of fine pottery, certain places became better known in the region for their production of superior porcelain products. The ancient city of Changnan in modern day Jingdezhen (‘pottery capital’), combined the natural resources so well, utilizing the natural celadon material and glaze from the southern Yue kiln and the pure white porcelain from the northern Xing Kiln (from the high-quality earth surrounding the Gaoling Mountain in the area) to create smooth, bright, and literally luminescent pottery. These traits became so widely associated with the Changnan ceramics that these white and green pieces earned the nickname of ‘artificial jade’, and were sought after and imitated by artists worldwide. 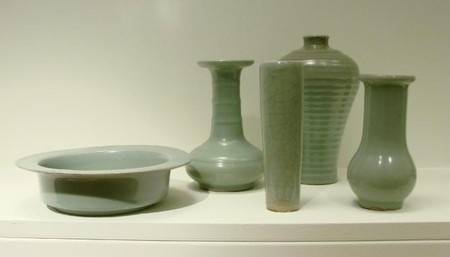 Longquan celadons produced in Longquan, Zhejiang, China. It was made in the 13th century during Song Dynasty of China and is currently exhibited at Musée Guimet, Paris | © Vassil/Wikicommons

The contrasting geological differences in the northern and southern parts of China also served to ensure that the pottery that developed in the two regions differed widely in color, texture, and material composition. The divide in the types of pottery can be found in the juncture between the Yellow and Yangtze Rivers in China, and the material compositions of the ceramic vary greatly in their quantities of clay mineral kaolinite (a silicon-layered mineral that is used industrially), feldspar, ‘pottery stone’ and quartz.

Though traces of ceramic production can be found in the Palaeolithic ages, the first evidence of pottery production as an art-form and a skill seems to be found during the Han period (3rd century BC to 3rd century AD), and especially during the later Han period. This era saw a peculiar tendency towards the production of the hunping, a type of pottery which was used for funereal purposes, which are some of the first examples of highly stylized pottery in the Chinese tradition, and were enduringly popular in the subsequent dynasties.

However, the Tang dynasty (7th century AD to 10th century AD) also saw the development of even more types of pottery, which experimented with different types of fire (high-fired and low-fired) ceramics. These also experimented with different dyes and stains, such as the three-coloured lead-glazed pieces, the high-fired lime-glazed celadon pieces, as well as the highly translucent white porcelains that could be found in the Henan and Hebei regions. 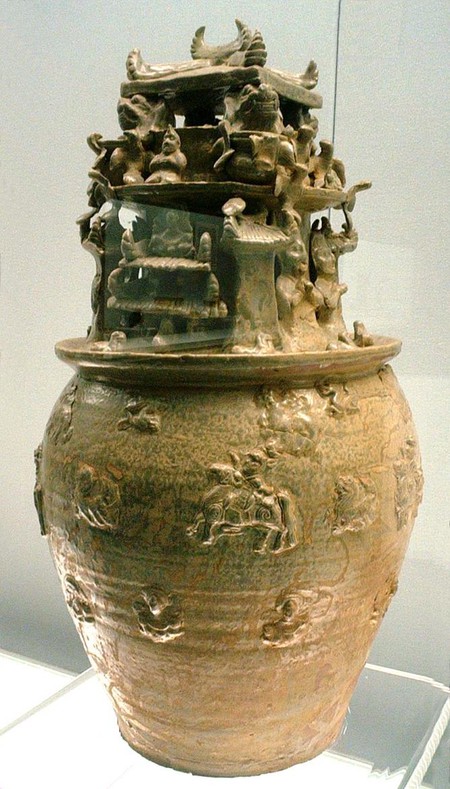 Though it was in the Song and Yuan Dynasties (10th century AD to 14th century AD) that the aforementioned Jingdezhen city became the central hub for porcelain production, it was the Ming Dynasty (14th century AD to 17th century AD) that saw true scientific and artistic innovations in the creation of pottery, with strides being made towards experimentation in unusual shape, techniques, use of contrasting dyes. It is this period of time in which there was the finest output of pottery in the history of Chinese pottery, an output that subsequently placed China in the center of a thriving international import and export community.

This tradition of manufacture and exportation continued into the Qing Dynasty (17th Century AD to 20th century AD), with foreigners commenting on the industry and technique that was behind the production of such high-quality ceramic ware. This continued up to the fall of the Qing Dynasty in 1911, and the subsequent political instability in the history of 20th century meant that ceramic production dropped somewhat. Now, though, in the modern day there has been a revival in the production of pottery and an upsurge of interest in the old techniques and skills used to create such delicate and beautiful pieces of art. 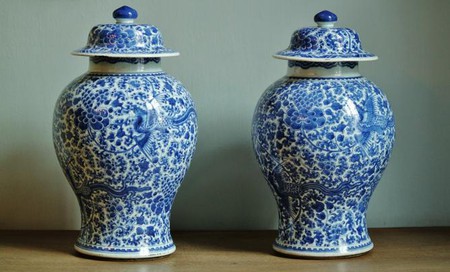 Though Chinese pottery can be classified relatively neatly using the eras in which they were produced, certain technological and artistic developments spanning the dynasties occasionally makes it more useful to group such pottery according to type. There is a extensive range of ceramics created for a wide range of uses, from decoration, to storage facilities, to tea-ware, and even for burial purposes, but there are a select few that are so unusual that they have to be mentioned.

The first of these is sancai pottery, a term that is derived from the literal Chinese term ‘three colors’ – which is indicative of the character of the pottery itself. Though sancai pottery does not necessarily have to have three colors (it sometimes has more), the subtlety in the effect of the three-color glazes on the pottery has endured through the ages. The use of such a glaze seems to be especially popular with decorative ceramic statues, such as miniature clay horses or other such animals. 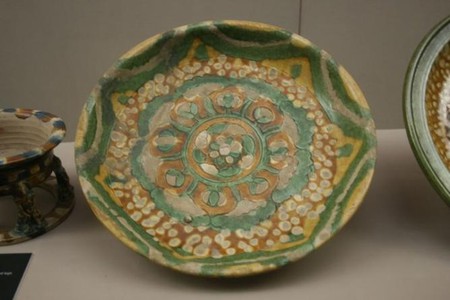 In stark contrast to the creams and light greens in sancai pottery, Jian tea wares (which reached the height of its popularity in the Song Dynasty) uses iron-rich clays and high temperatures to create a blackish molten glaze that is vivid in its dark shade and unusual in the ridged patterns created in the oxidizing process. This pattern, known as ‘hare’s fur’, later came to be used to create other such effects, such as the oil-spot, tea-dust and partridge-feather glaze effects, a technique that was greatly appreciated, and eventually copied, by Japanese potters. 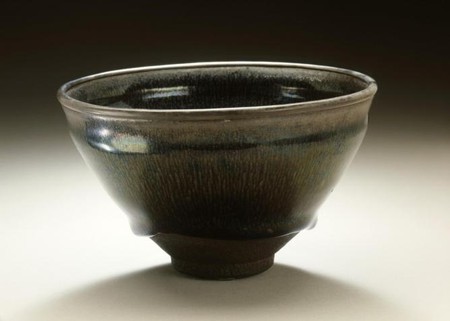 Ding ware, on the other hand, is famed for the purity of the shade of its white paste, and the translucence of its glaze, a glaze so fine that it tended to run down the pottery and pool at the base, creating a ‘pool of tears’ effect, which was very much praised. Even so, as its beauty mainly relies on the purity of its color and the elegant simplicity of its form, it is often dismissed in favor of Ru ware, another popular pottery type during the Song period. Ru pottery used the ‘crazing’ of a glaze (the crackles caused on the surface of a glaze when it cools and contracts too quickly), to a highly stylized effect that was made deliberately, despite the previous perception that ‘crazing’ was a defect in glazed ceramics.

Despite the general emphasis on creating delicate and fine pottery, Jun ware also became popular in the Song Dynasty. The thicker pieces of ceramic were covered with a turquoise or purple glaze, which was so thick that the viscosity created a shimmering opalescence on the surface of the ceramic once it was placed in the kiln. Though considered cruder in its structure and bulk, the sheen of such pottery was very much appreciated at court, and is still the object of much acclaim in the modern day. 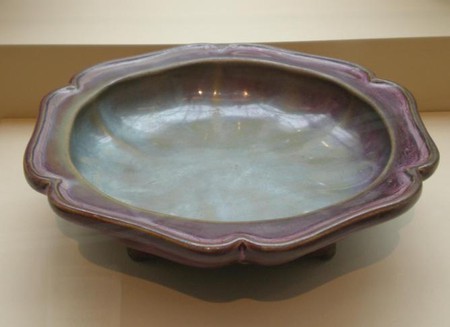 Bulb bowl with scalloped rim, made of stoneware, from the Chinese Northern Song Dynasty (960-1127) on display at the Asian Art Museum in San Francisco, California | © BrokenSphere/Wikicommons

However, it is the blue and white pottery that is most famous out of all these types, which is best known for the incredible vividness of the blue glaze, combined with the purity of the fine white porcelain. Though evidence for its existence dates to as early as the 8th century AD, it is thought that the true evolution and development of this ceramic technique only fully came to be realized in the Tang Dynasty, and reached the zenith of its glory during the Qing Dynasty. Despite the detail and intricacy that is dedicated to a tableau on a piece of such pottery, unlike its Ancient Greek and Roman counterparts, blue and white pottery has never really been used a medium of narrations. However, its popularity has endured to the modern day, and it has continually inspired stories, research, and replications from all over the world. 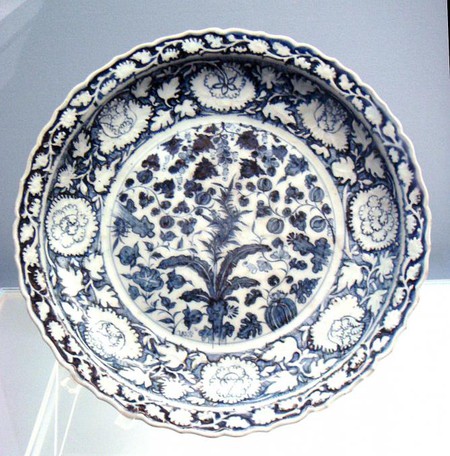