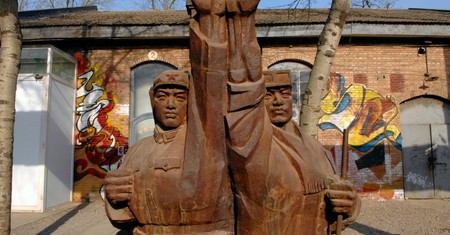 Out with the soldiers, in with the studios – find out how an industrial military complex became one of the most cosmopolitan corners of Beijing.

When the Soviet Union, East Germany and the People’s Republic of China teamed up to build a network of electronics factories on the northeastern outskirts of Beijing in the 1950s, they never would have dreamed they were laying the foundations for one of the planet’s hottest contemporary art precincts in the new millennium. But when the Chinese soldiers shuffled out in the 1990s, an army of artists, designers and creatives moved in to what became known as the 798 Art District, transforming this chunk of Chaoyang into a shabby chic wonderland of cutting-edge galleries, boutiques and eateries.

Shortly after the foundation of the People’s Republic of China in 1949, Chairman Mao got to work on bringing his vision of Socialist prosperity to life, with newly built factory chimneys sprouting up around the country. The Soviet Union funded 156 ‘joint factory projects’, but when Beijing asked Moscow how to make modern electronics, the Kremlin pointed them in the direction of East Berlin.

A Chinese delegation toured East Germany – the fellow Socialist state where the USSR imported most of their tech from – before the three countries drew up drafts for the so-called Project #157 in 1952, carrying a price tag of £15.5 million in today’s money.

The style of architecture the East Germans brought to Beijing was groundbreaking in Asia. While the Soviets’ Stalinist architecture was towering, symmetrical and grandiose, the Germans’ Bauhaus style was something else entirely, building huge warehouses bathed in natural light and topped with distinctively curved sawtooth roofs. China had never seen structures like this before.

Converting farmland outside Beijing’s northeast edge, the project broke ground in 1954 before squabbling over style between the Soviets and the East Germans stalled progress. Materials were transported via the Trans-Siberian Railway, and East Berlin committed more than 100 technicians to Beijing. The first electronics rolled off the production line in 1957, christening what was then known as Joint Factory 718. 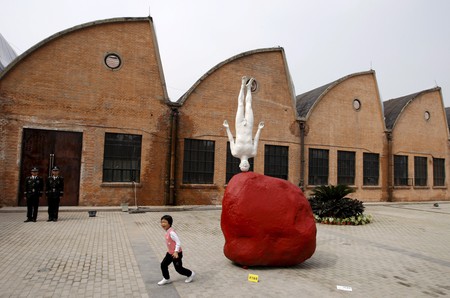 This was one of China’s flagship projects – the glittering jewel (or red star?) in their Communist crown. The futuristic factories and bright-red Maoist slogans slathered on the walls provided the backdrop for many VIP events, including the visit of North Korea’s Kim Il-sung, Kong Jong-un’s grandfather. Joint Factory 718 – later split into subsections, including the 798 Factory that gives the modern art district its name – was used as a symbol of Socialist co-operation and success. 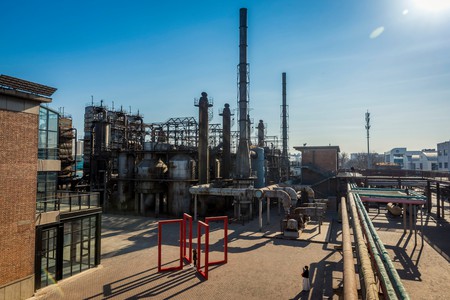 Even behind the propaganda, the complex was renowned as one of the best places to work for the 20,000 labourers stationed here. Workers enjoyed comfortable houses, shops, theatres, swimming pools, sporting events, libraries, hospitals, education and even East German motorbikes. But it didn’t last forever.

Guns out, galleries in

China’s economic reforms in the late 1980s opened the door for private companies, and state-run factories struggled to compete. The production lines slowed down, and in the early 1990s, the precinct was gradually abandoned. 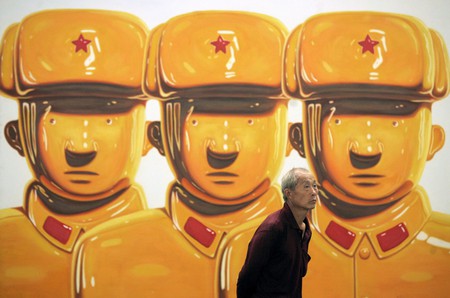 But just as China’s economy was opening up, so was the country’s contemporary art scene. After the strict government control of the Cultural Revolution (1966-1976) and the period that followed, creatives were more free to express themselves. 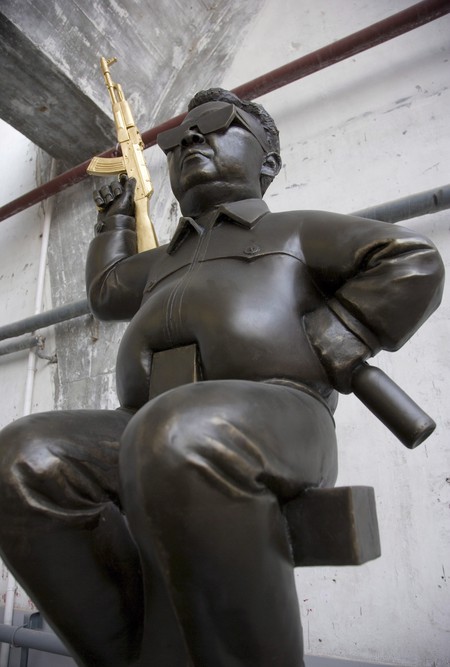 That said, avant-garde art was still frowned upon by the Communist Party and when a community of contemporary artists were evicted from their run-down digs near the Summer Palace in the mid-1990s, the opportunity to move into a vacant plant on the northeast fringe of the capital was too good to pass up. 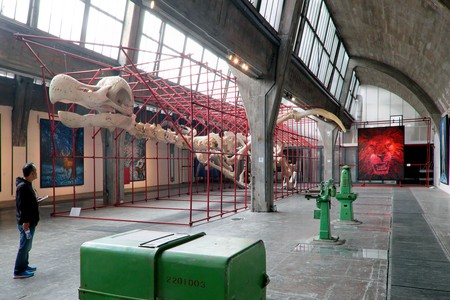 The rise and rise of the 798 Art District

In the late 1990s, the warehouses slowly became workshops. The large, light-filled, functional spaces were perfect for painters, sculptors, designers, publishers and other creatives looking for cheap (or free) rent. 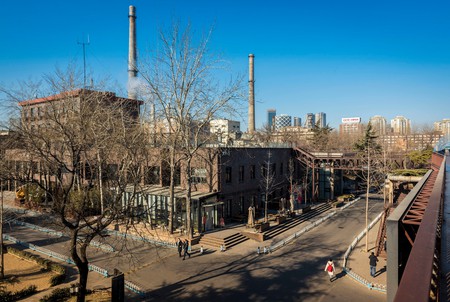 Creatives flocked to the area in the 1990s | © Dosfotos/REX/Shutterstock

The Central Academy of Fine Arts (CAFA) blazed a trail in 1995 when they opened a studio in the area, while a 2002 exhibition by the Beijing Tokyo Art Projects (BTAP) in the 798 Factory put the precinct on the map. Artists Huang Rui and Xu Yong set up the 798 Space gallery in 2002, which still represents the beating heart of the area today.

As the creatives flocked to the 798 Art District, the hipsters quickly followed, attracted to the steampunk-esque landscape of Bauhaus factories, rusting pipes and towering chimneys. An explosion of bars, restaurants and cafés joined the ever-growing number of galleries, boutiques and studios that were rapidly occupying the abandoned military complex and transforming the 798 Art District into one of Beijing’s most cosmopolitan neighbourhoods.