A Brief History of Tea Houses in Beijing 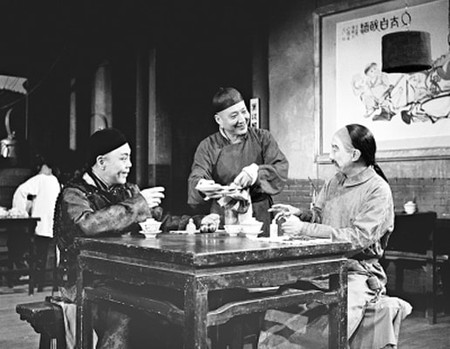 Commenting on his famous play Teahouse, playwright Lao She said: “Teahouse is the place where all walks of life congregated and were tolerated. A grand teahouse was a small society.” For the Beijing-born playwright, the teahouses once dotted in every street and alley are the symbol of the old Beijing’s folk life. It’s a pity that most teahouses were gone during the years of turmoil in the Republican period, but in order to understand Beijing, the historic teahouses are a topic that you can’t bypass.

The teahouse industry reached its peak in the Qing dynasty (1644-1912 C.E.), thanks to the idle Manchu nobles who have nothing else to do other than killing time by keeping pet birds and chatting in teahouses. The fashion of visiting teahouses was soon extended to commoners in Beijing, and in its heyday, you could hardly find a neighborhood without teahouses in Beijing. According to their scales and functions, the teahouses could basically be sorted into six categories:

The grand teahouses were usually located in the best spots, and were equipped with a spacious public area and hundreds of private rooms for guests with different social ranks. In grand teahouses, delicately made desserts and snacks were provided along with a variety of tea leaves. They were very particular with teaware, too. While cheap tea ordered by commoners in the public area were served in coarse ware, for the VIP guests, exquisite ware were carefully selected. The famous grand teahouses include the Long Hai Xuan in Xuanwumen, once mentioned by author Lu Xun as the gathering place of the educational world in old Beijing, and the Tian Hui Xuan in Dianmenwai, popular among government officials and Manchu nobles for both public affairs and private issues. The Tian Hui Xuan was destroyed during the Peking Mutiny in 1912.

If the grand teahouses were mainly for the dignitaries, then the teahouses of middle or small scales were prosperous thanks to the support of commoners. Being one main category of the small teahouses, Pure Teahouse only sold tea with an affordable price. While these kinds of teahouses were especially favored by bird keepers, some teahouses held annual bird competitions to attract more guests. The pure teahouses used to be the stage of all walks of life. It was the comfort zone for everyone, no matter if he or she was a worker waiting desperately to be hired, a matchmaker, businessman, usurer, or enemies who seek a good fight or negotiation. The most famous pure teahouse had to be the Yao Tai in Taoranting. As Yao Tai was on the way from the Peking Opera singers home in south Beijing to Temple of Agriculture area, where they practiced, it gradually became a famous Peking Opera base in town.

These kinds of teahouses were for guests who were into chess games. Compared with the quality of the tea, the opponent on the other side of the chessboard was the more decisive reason of why one went to one teahouse instead of another. Most of the chess teahouses were in the Tianqiao area, but there was one dark horse on the Tobacco Slant Street in the Gulou area colloquially known as Er Ji Zi Chess Teahouse, where Republican era’s go masters Wang Yunfeng and Cui Yunzhi and Chinese chess masters like Zhang Dekui and Xie Xiaoran habitually visited.

While there’s a major difference between Buddhist and Taoist temples, the tea huts in two kinds of temples were born with distinct natures. While people who went to the tea huts in Buddhist temples were seeking a feeling of seclusion from the secular world, the Taoist tea huts were for people who sought to maintain good health, as they specialized in herbal tea each made for different nourishing functions. 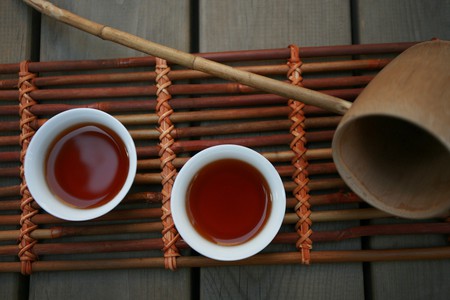 The countryside tea huts were the least particular about the tea’s quality or the ambiance of the store, if the environment could be counted as a “store.” They were simply set up in the wilderness or outside of the city wall for travelers to take a rest and to quench their thirst. The tea was made from shattered crude tea leaves and served in big earthen bowls.

Though you may no longer experience the original old Beijingers’ life due to the decline of the teahouse culture, you might still be able to get a touch of the past glory by visiting the Laoshe Teahouse located in Qianmen, founded in 1988 inspired by Lao She’s play, Teahouse.