Shark Fin soup is one of the most controversial dishes in Chinese cuisine, with protesters lobbying for a ban on the harvesting of shark fins. Fans of the soup say that such bans unfairly target Chinese populations. Where did this unusual dish originate, and is it really a tradition worth fighting for?

The Origins of Shark Fin Soup

Shark fin dates back to the Song Dynasty, one of imperial China’s most prosperous dynasties, regarded as a golden age in Chinese history. It was a time when the wealthy and cultured took pride in indulging in the most lavish and sumptuous luxuries, including culinary delicacies such as fox and badger meat. Song Dynasty culture embraced exotic tastes in food and valued a willingness to try unfamiliar new dishes, and shark fin soup, which would grace the tables of the emperors and other rich and powerful Chinese, arose out of this tradition. 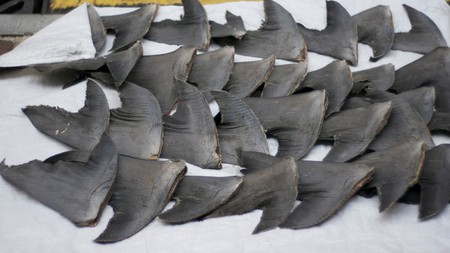 Shark fin soup was one of the eight treasures of Chinese cuisine, an honor it shared with such unusual offerings as bear paws, camel humps, and monkey brains (most of which have fallen out of favor in modern Chinese cooking). However, unlike most of the other eight, it also became one of the “big four,” foods with symbolic meaning in Chinese culture, which are often served at special occasions such as wedding banquets.

Shark fin soup was a status symbol for wealthy and powerful Chinese, who would consider a family who couldn’t afford to serve shark fin soup at the wedding banquet a family not worth marrying their daughter into. It was imperative that on special occasions a powerful Chinese family would share their wealth by hosting lavish banquets, and no expense would be spared, lest there be whispers that the family was “stingy.” Generosity is highly valued in traditional Chinese culture, so only the best dishes would grace these tables. 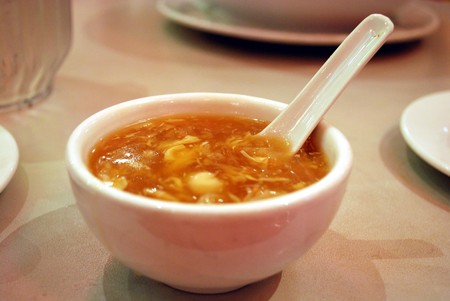 How Shark Fin Soup is Made

The role of the fin in shark fin soup is largely a symbolic one. The soup itself is made from chicken or pork broth, and the shark fin has no actual flavor. The fin, which is made of cartilage, adds a certain texture to the soup, a hard to describe mixture of both crunchy and gelatinous and is essential to the essence of the soup. In traditional Chinese medicine the shark fin is said to have special properties such as enhancing blood circulation and improving the qi, the essential life force of a person.

In today’s status conscious Chinese society, serving shark fin soup and other delicacies, like sea cucumber and abalone, are the culinary equivalent of driving a new Mercedes or toting a Gucci bag. While shark fin soup is consumed all over the world, mostly by ethnic Chinese, with mainland China’s growing prosperity comes many more potential consumers of shark fin soup than ever existed in imperial times. Along with the growing demand for the soup comes modern fishing practices which allow for a much larger number of sharks to be killed for their fins alone than was ever possible in imperial China. 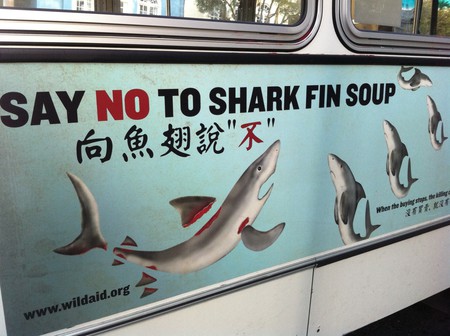 The Impact of Shark Fin Soup

The shark fin is generally harvested by cutting the fin off the shark and leaving it to die, a practice called “finning.” Overfishing is a major concern, with many species of shark, such as the great hammerhead, now endangered and some even facing extinction. The reduction in shark populations is due solely to human fishing, and a vast majority of that fishing is done for the purposes of harvesting fins for shark fin soup. Opponents of the soup propose the use of alternatives, such as artificial shark fins, or the fins of non-threatened fish species, as a more environmentally friendly way to achieve the same effect.