A Brief History Of Peking Opera 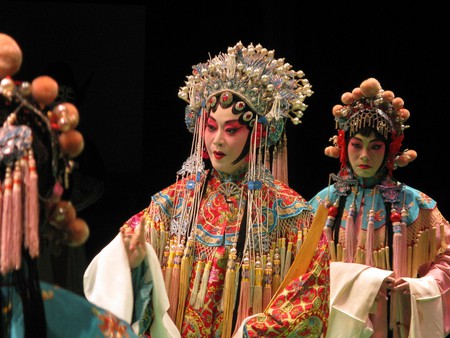 Peking Opera is a form of traditional Chinese theater that originated in Beijing in the late 18th century. Compared to other types of Chinese theater, it is a relatively new style of drama, combining music, song, dance and acrobatics in a lively and colorful display. Read on to learn about the history of this unique art form.

The birth year of Peking Opera is commonly set at 1790, the year of the eightieth birthday of the Qianlong Emperor. Up until that point in the early Qing dynasty (1644-1911), the educated nobility favored Kunqu Opera, which was known for its elegant music and fine language. On the other hand, various styles of regional popular theater enjoyed by commoners were dismissed by the Chinese elite.

That changed in 1790, when four seasoned drama troupes from Anhui province entered the capital to perform for the imperial court in celebration of Qianlong’s birthday. The occasion marked the first time regional popular theater was performed in Beijing. The four troupes later came to be known as the ‘four great Anhui companies,’ and together dominated Peking Opera for the next century. 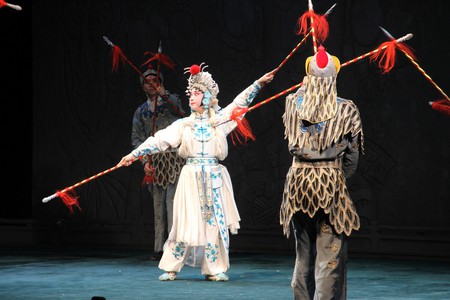 In the early years of Peking Opera, all the actors were men, with the roles of women played by young boys. The stories fell into two main categories – wen, or civil theater, which focused on love, marriage and other civilian concerns, and wu, or military theater, which revolved around the theme of war and was known for featuring thrilling acrobatic feats.

In the 19th century, a theater district established itself in central Beijing, just south of the Imperial City. The playhouses also functioned as tea houses, and patrons were served food and tea as they enjoyed the shows. Notably, the powerful Empress Dowager Cixi (1835-1908) was an enthusiastic patron of Peking Opera. She had two stages built in the Summer Palace, as well as a smaller stage in her private quarters, and often summoned the city’s most gifted artists to the royal palace to perform for her.

1900, the year of the Boxer Rebellion, marked a calamitous turning point for Peking Opera. All of the capital’s great theaters were burned down during the uprising, including two of the original ‘four great Anhui companies’ that had survived until that year.

In the aftermath of the catastrophe, with the old opera companies dissolved, individual veterans struck out on their own. Artists began to experiment with different styles, muddling traditional Peking Opera with influences from Western drama. The performances also began to take on contemporary political themes or advocate for social reform. 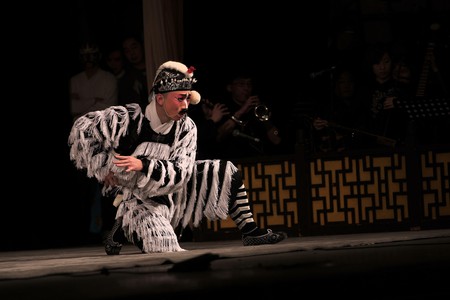 In the first half of the twentieth century, the most famous actor of Peking Opera was Mei Lanfang. A maestro of the stage, Mei played a key role in popularizing Peking Opera and introducing Chinese theater to the West. He performed in the United States in 1930 and Europe in 1935, where he made a great impression on the German dramatist Bertolt Brecht, enough to influence Brecht’s concept of alienation. Mei also took the bold step of taking on female students, which was a highly risky and unconventional step at the time.

After the founding of the People’s Republic of China in 1949, Peking Opera performances that dealt with contemporary and revolutionary themes were encouraged, while other topics were censored. During the Cultural Revolution of the 1960s, all forms of traditional theater were banned, and artists found themselves humiliated and persecuted by the Red Guards. Despite these tumultuous events, Peking Opera was revived in the ’80s, and the lively art form continues to be performed today.