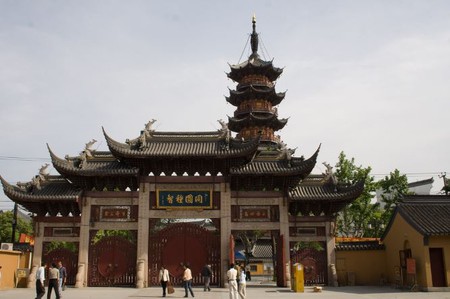 Everyone knows that China is all about temples. There are Buddhist temples, Taoist temples, Confucian temples. To the untrained eye, most of these look the same, but not all are created equal. Shanghai’s largest Buddhist temple, Longhua, has a remarkable history. We explore the story of human remains and executions, popular cinema and peach blossoms.

The story begins in AD242 during the Three Kingdoms Period. Sun Quan, King of the Kingdom of Wu, had allegedly obtained Sharira relics (cremated remains of the Buddha) and he ordered the construction of 13 pagodas across the region to house them. Legend has it that Longhua pagoda, part of the Longhua temple complex, is one of the 13. 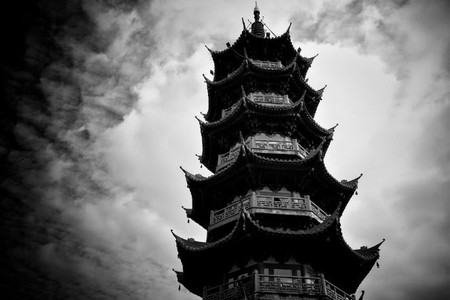 The temple was a grand site, but it was destroyed by war and had to be rebuilt in AD977 during the Northern Song dynasty. Some claim that this is the date the temple was originally built, but no one knows for sure. Subsequent renovations occurred under the Tongzhi and Guangxu emperors in China’s last dynasty, the Qing. Finally, a complex-wide restoration was undertaken in 1954. Throughout all such renovations, the temple has maintained its Song dynasty architectural design. 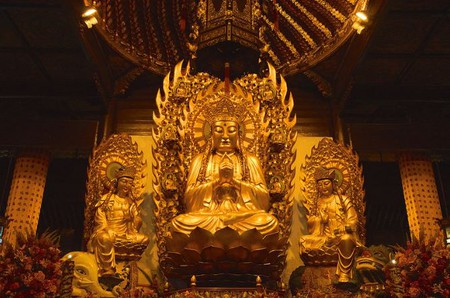 Aside from the pagoda, the temple contains four main halls, all dedicated to the Maitreya Buddha. Near the entrance of the temple is a bell tower, whose 3.3-ton bronze bell is struck 108 times every New Year’s Eve to bring good fortune to the world. Surrounding the temple is an extensive garden, which contains beautiful peach blossoms that bloom every March. The garden is now a part of neighboring Longhua Martyrs Cemetery. 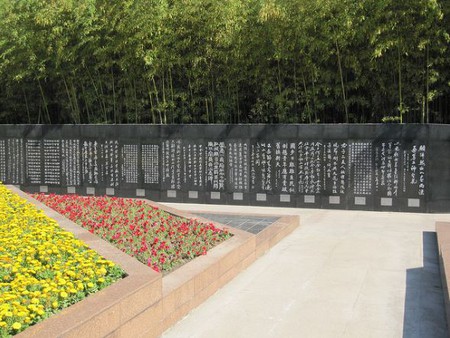 In the 19th century, Longhua temple was the site of numerous public executions. Then, during the brief republican period, Kuomintang nationalists used the temple grounds as the backdrop of mass executions of suspected communists in Shanghai.

During the Second Sino-Japanese War, the Japanese operated their largest civilian internment camp in the area of Longhua temple. J.G. Ballard’s novel Empire of the Sun details this time in history, also claiming that the pagoda was used by the Japanese as a flak cannon tower. In Steven Spielberg’s movie adaptation, the pagoda is clearly visible above the prison camp. 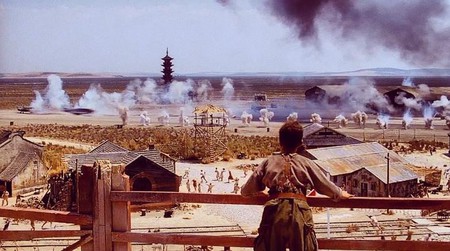 Empire of the Sun Longhua Pagoda | Courtesy of Warner Bros.

Fans of the movie will be disappointed to learn that the pagoda is no longer open to the public, due to structural issues. However, the rest of the active temple complex is available for daily tours from 7am-4:30pm. 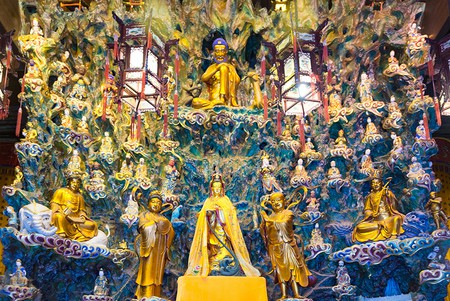