A Brief History of Go: The Oldest Board Game in the World 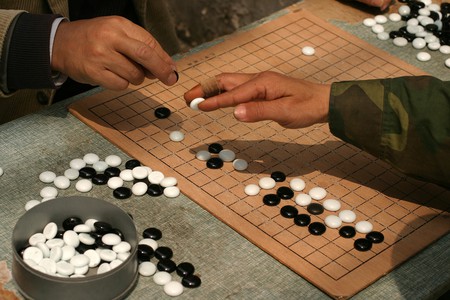 A game so complex it contains more possible moves than the total number of atoms in the observable universe, Go is also the oldest surviving board game. Its origins are unknown, but its development is well documented. From the ancient Chinese courts to Korea, Japan, and later Germany and the world, Go has a history nearly as complex as the game itself.

The earliest surviving reference to the game of Go, then known as Yi, is from the historical annal Zuo Zhuan, written in the 4th century BCE. Yet it is thought that the game dates back far earlier than that. Many legends attribute its birth to the mythical emperor Yao (2356–2255 BCE), who supposedly conscripted his counselor to create the game for Yao’s unruly son. Other origin stories suggest that the game was created as a tactical tool for warlords wishing to map out their strategies. Still other legends attribute Go to an early means of divination.

Whatever its origins, Go had already gained widespread popularity by the time of Confucius and Mencius, who both wrote about the game. It came to be associated with the scholarly classes and was considered one of the four cultivated arts, along with calligraphy, painting, and playing the guqin. 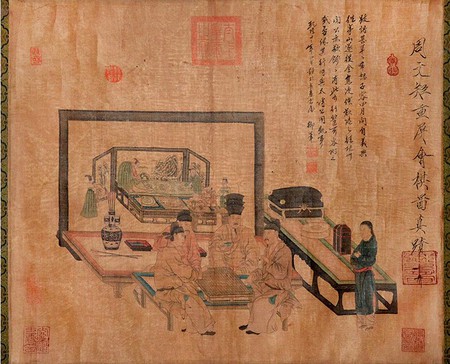 Go Players in the 11th Century | Courtesy of Wikimedia Commons

The game, whose objective is to encircle an opponent’s stones and surround the larger area on the board, is played today on a 19×19 grid, and the earliest grid of such specifications dates back to the Sui dynasty (581-618). Still, it wasn’t until Go was introduced to Korea and Japan that its rules and shape became standardized.

It is from Japan that the game spread to the rest of the world. Despite its long history in East Asia, Go didn’t catch on in the west until German engineer Oscar Korschelt published a detailed article on it in 1880, after having spent eight years working in Japan. He is not the first European to play the game; however, his systematic description of the rules using a European language made the game accessible to persons outside of East Asia. Since his description was essentially a translation from Japanese, the modern terms used to describe Go, including its name, are from Japanese. In fact, the game is called weiqi in China today. 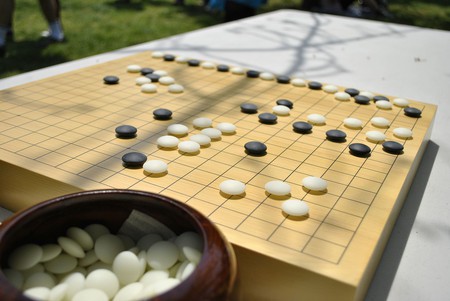 The game remains popular to this day and was briefly a hot topic during 2016, when Google’s AlphaGo computer program beat the world’s top-ranked Go player, Lee Sedol. Thanks to its near-infinite possibilities, Go cannot be mastered by simple analytical thought. Instead, players must take an intuitive approach based on pattern recognition. Therefore, AlphaGo’s victory signals a major step forward for Artificial Intelligence. What was developed over thousands of years of artful mastery was beaten in a day by a computer.