The Art of Imitation: A Brief History of Dafen Art Village 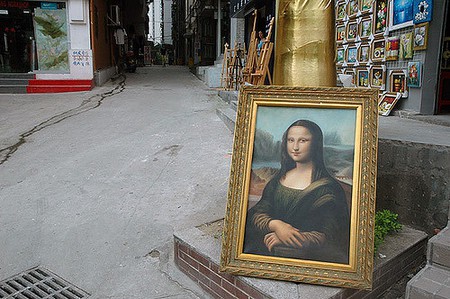 30 years ago Dafen was just a rural village of around 300 natives and 10,000 migrants. A lot of redevelopment and gentrification later, it is now home to a vibrant art scene that encompasses replica oil painting factories alongside artists studios. We take a look at the history of Dafen Art Village.

Renting several houses, and recruiting around thirty apprentices, he created a business that ran like a factory production line, efficiently churning out Van Goghs, Da Vincis and Rembrandts and selling them worldwide. By 1992, Jiang’s business had grown to include 2000 workers. Many apprentices would break off and start their own projects in Dafen. 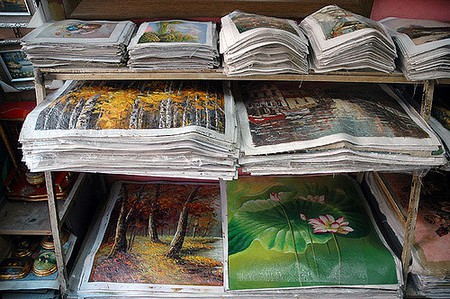 Dafen underwent government sponsored re-development following the increasing acclaim of the village. Dilapidated houses were razed and replaced with modern, low rise architecture that give the village a European feel that is very uncommon in China. 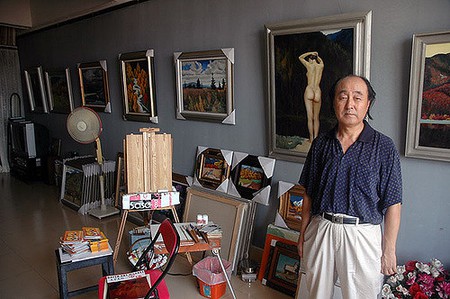 Dafen’s reputation as a workshop for art reproductions drew in many artists hoping to subsidize their original art work with copy assignments. The village has served as a springboard for creative talent and emerging artists. Rising rents and gentrification has meant that many who arrived hoping to make their start in the art world have been forced to move on to cheaper districts. A contracting economy has also hit the village’s replica businesses.

However, Dafen is still home to over 1200 art galleries, 60 oil painting businesses and 8000 working in painting related businesses. Around five million replica art works are estimated to be sold from Dafen every year. It is also home to China’s largest village-level museum, Dafen art museum.