A Brief History of Colonialism in Tianjin 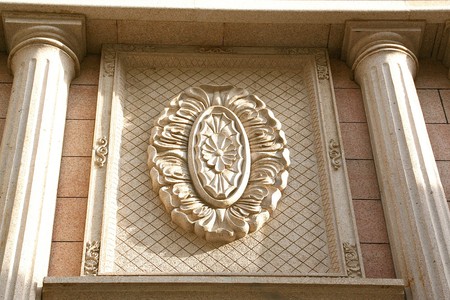 Tianjin cemented its status as a world-class city long ago. From the turn of the 20th century, Tianjin was flooded with aristocrats and colonists from the wealthiest countries of its time. Even before it became cosmopolitan, Tianjin was already rich from trade due to its advantageous location as the port city closest to Beijing and also as the main trade hub of northern China. What brought the colonists to Tianjin? How did they permanently reshape the spirit of Tianjin? And how were they forced out…

Entrapment and Treaty of Tianjin

Colonialism began right after the end of the Second Opium War and the subsequent Treaty of Tianjin. In 1858, an undercover Chinese vessel disguised with the British flag captured 12 French and British men suspected of illegal opium trading. France and Great Britain responded by deploying military vessels to Tianjin and successfully captured Dagu Fort (Taku Fort) right outside the city. Following this surrender, Anglo-French forces negotiated The Treaty of Tianjin. This ended the first part of the Second Opium War and later opened Tianjin to foreign trade. The treaties were ratified two years later, in 1860, by the emperor of China. This act brought Tianjin to the world.

Great Britain and France were the first to be formally permitted to establish self-contained concessions in the city. Tianjin was referred to as Tientsin during this era, and towards the end of the 1800s, other countries followed in either making or creating colonies in Tianjin; including Russia, Japan, Germany, Austria-Hungary, Belgium, and Italy. These countries built up their own secluded towns and occupied their designated portion of Tianjin (concessions). Each featured their own governmental institutions of schools, military bases, prisons churches, hospitals, embassies, and countless villas and residences. 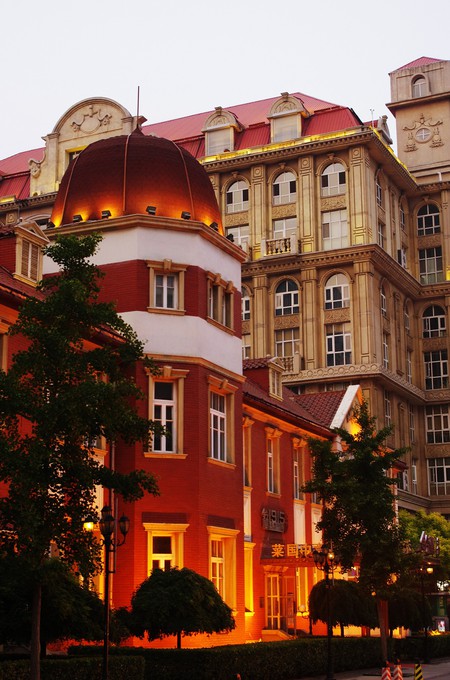 The first uprising against foreign occupation in Tianjin took place at Wanghailou Catholic Church. Local, non-Christian Chinese clashed with the church’s foreign clergy and Christian supporters, accusing them of brainwashing and kidnapping Chinese youth. The protestors ultimately burned down the church and the French consulate, killing 18 foreigners, including French nuns, merchants, and the French consul. This violent act prompted the Qing dynasty government to reprimand and compensate six of the residing Western nations who demanded retribution. Taking place in 1870, this event was named “The Tianjin Church Incident” and set the tone for curtailing future upheavals against the new foreign colonists.

In the summer of 1900, the Boxer Rebellion launched a violent movement to overturn the colonial “imperialists” and their unwarranted occupation and influence. They were able to take temporary control over Tianjin and even caused the European forces to surrender their pursuit to Beijing. Foreign concessions in Tianjin were also under attack for a short time. Soon after, Austria-Hungarian, British, Russian, Japanese, American, French, German and Italian forces teamed up to form the Eight-Nation-Alliance and retake Tianjin. This alliance remained in control for two years until the Qing Dynasty appointed General Yuan Shikai to modernize the city, forming Tianjin’s first police force, and fostering China’s first democratic election for city council in 1907.

During the nineteenth century the major European powers compelled the reluctant Chinese Empire to start trading with them. There was little the Chinese government wanted from the West at the time but there was a strong demand for opium among the population. . By the end of the nineteenth century the balance of the lucrative trade between China and merchants from America and Europe, particularly Britain, lay almost entirely in the West's favour. . As Western influence increased anti-European secret societies began to form. Among the most violent and popular was the I-ho-ch'uan (the Righteous and Harmonious Fists). Dubbed the "Boxers" by western correspondents, the society gave the Boxer Rebellion its name. . Come behind the scenes on Wednesday, 3 May at 1.15pm, as we delve into the Memorial's archives to find out more about the Boxer Rebellion. . Please note these tours have access limitations. Bookings are essential, and close Monday 1 May. . For bookings: E: public.programs@awm.gov.au . Photo: Warrant Officer Bert Blyth, who served in China during the Boxer Rebellion, 20 July 1901. (AWM A05113) . #myawm #awmemorial #BoxerRebellion #Exhibition #Gallery #WarStories #History #MilitaryHistory #museum #VisitCanberra #CBR #Canberra #Conservation #AustralianHistory #ChineseHistory #mymemorial

Tianjin flourished as an open international port city following the reform. In the Golden Age of the 1920s and 30s, Tianjin was at its peak. Nicknamed the “jazz age” 20 foreign embassies opened and some of China’s first art galleries, ballrooms, nightclubs, and cinemas were established. China’s last emperor, Henry Pu Yi of the Qing Dynasty, was expelled from his home in the Forbidden City, and Beijing. He retreated to Tianjin and built a mansion. Western nations were allowed to station troops in the city and were permitted direct access to Beijing. Tianjin was finally established as a formal municipality of China in 1917.

Following World War 1 in 1918, Tianjin-based German and Austro-Hungarian troops were taken prisoner by the locally residing Allied Forces, and Russia withdrew their military from the area. The remaining nations (U.K. France, Italy, and others) asked the U.S. to bolster their military presence in Tianjin. America provided one garrison and guarded with fervor under the famous Executive Officer, George C Marshall. Tianjin remained as China’s epicenter of international trade and colonialism for two decades until World War 2 and the Second Sino-Japanese War.

The Second Sino-Japanese War marked the beginning of the end for colonialism in Tianjin. In 1937, Japan captured Tianjin but respected the foreign designated areas until 1939 when a major crisis erupted between the British and the Japanese. The situation nearly escalated to a small war until Britain ordered their troops to withdraw from China, and by 1940, they vacated Tianjin completely. Americans were ordered to leave Tianjin just a month before Japan invaded Pearl Harbor but were still stationed in the city after the attack. The Americans to surrendered to the Japanese in Tianjin and were taken prisoner. Only Italian and French concessions were given immunity during the Japanese occupation until their defeat in World War 2.

#TianjinItalianTown #意大利风情旅游区 is also known as the #ItalianConcession which was built in 1902. The #ItalianTown was finished in 2005. It covers the area from Coast area to the Victory Road. Across the river from Italian Town lies the Ancient Culture Street, Peace Shopping and Pedestrian Street, Tianjin Financial Road, Little White CBD, #小白楼 and Tianjin Municipal Government. Owning the unique location, the #Italian #Town is merged with different cultures. Here you can find the #celebrities residences, chic #bars, international #restaurants, western #art #deco, etc. Among those #buildings, the most famous are Liang Qichao’s Yinbin Room, Residence of Feng Guozhang, Residence of Cao Yu, Residence of Hua Shikui, First Worker Cultural Palace and #ItalianMilitaryCamp. Although the Italian Town is named after a street, actually it is a small town. The center of the town is the #MacroPoloPlaza. The layout of the street is shaped like a chess board. Both sides of the street are decorated with lamp lights and green trees. In addition, the well preserved fences and other ancient buildings make the town full of Italian aroma. The Free Path is the only pedestrian street in the Italian Town and most of the buildings are restaurants and bars which attracts many tourists. Most restaurateurs are from Apennines Peninsula. #VSCO #VSCOcam #VSCOgrid #Tianjin #Tientsin #中国 #意风区#China #Chinagram #Architecture #Building #Travel #意式风情区 #ItalianConcessionOfTientsin #Culture

Following the end of World War 2 and the Chinese Communist Revolution of 1949, Tianjin slowly developed its own distinct cultural and economic identity. Local thought leader and future first Premier of the P.R.C., Zhou Enlai, helped foster the New Culture Movement. Tianjin remained in the shadow of neighboring Beijing until fairly recently, in terms of development and acceleration, but is now one of the major cities of China. It still stands as the largest trading hub in northern China and its colonial influence is preserved. The colonists left behind their architectural marvels, like churches, commercial centers, and countless residential villas. Today, concessions preserve the former strong influence that foreign powers had on Tianjin.