A Brief History of Chinese Wine 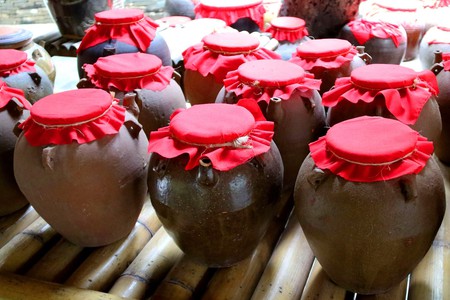 Grape wine is the type favoured in most Western countries and archeological evidence has suggested that grape wine in China originated some 4,600 years ago, longer than the known history of rice wine. However, Yellow Liquor (Huang Jiu) and White Liquor (Bai Jiu) have dominated Chinese wine culture for thousands of years. Rice wine is believed to have first been brewed by the sixth emperor of Xia Dynasty Du Kang (1972 – 1912 B.C.E.). 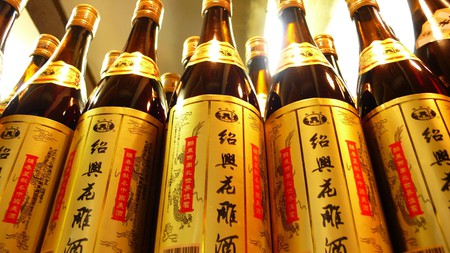 Yellow Liquor, as the name suggests, is a spirit of yellow or brown color. Containing 15% to 18% alcohol, it was created in Shang and Zhou Dynasties (circa 1600 – 256 B.C.E.) and was widely accepted by society, due to its rich nutritional value and the fact its quality increased with age. It dominated the market for twenty centuries, until the distilled alcohol, White Liquor, was invented in Song Dynasty (960 – 1279 C.E.). White Liquor generally contains over 40% alcohol, known for its strong spicy flavor and lingering aroma. The finest brands are Moutai and Five Grain, remaining the top choices for banquets in China today. 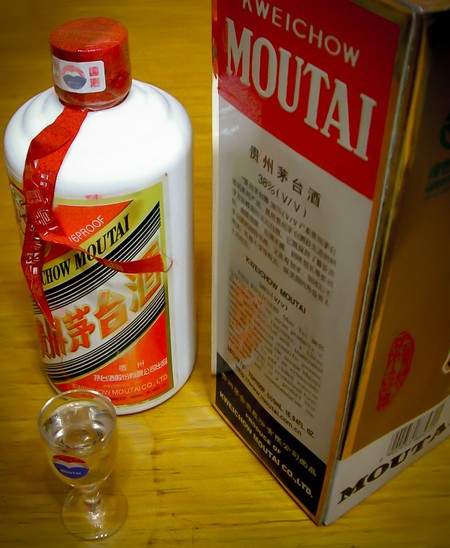 On the subject of wine in Beijing, it would be rude to exclude the landmark spirit, Erguotou. Containing 50% to 55% alcohol, it can be dated back to the middle of Qing Dynasty (1644 – 1912 C.E.) when Beijing brewers used Tianguo (a traditional tin alcohol boiler) to distill the Chinese sorghum’s leaves, which fermented for around six months, three times over. Only the liquor dripped from the second distillation would be kept, hence the name Erguotou, which means “the second distillation from Tianguo”). 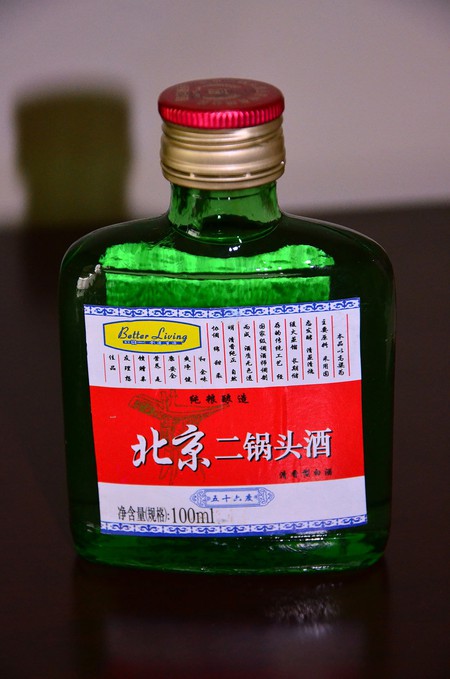 Unlike red wine in Western culture, enjoyed for its own flavor and age, wine in Chinese culture is more often a way to set off a particular mood. “The Old Tippler’s mind is not on the wine, but on the mountains and waters,” is a verse written by Ouyang Xiu, the reputable author and politician in Song Dynasty, expressing his appreciation of idyllic life. This has been quoted and agreed upon in large by the Chinese people. The country has a special wine culture that involves a miscellaneous etiquette, according to different kinds of wine.

Red wine is usually drunk privately or in Western restaurants; fine white wine on formal occasions and beer and spirits like Erguotou typically found at street food stalls. Accordingly, different kinds of wine should be drunk in different ways. If you drink Erguotou sip by sip as if it’s a glass of Bordeaux, it will appear disrespectful either towards your drinking partner or Erguotou itself. Similarly, if you are toasting glasses at a dinner table with, let’s say your potential business partner, it’s custom to drink the whole glass of white wine in one go.