A Brief History of China: The Spring and Autumn Period 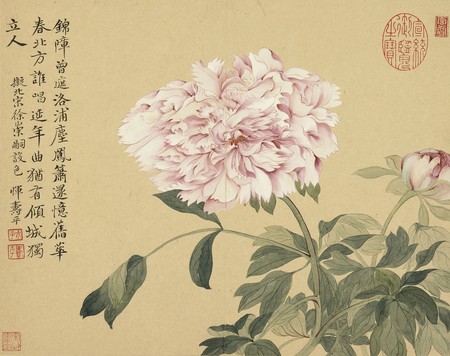 Despite its peaceful-sounding name, the Spring and Autumn period in China‘s early history was rife with conflict and bloodshed. Taking place during the Eastern Zhou dynasty, the period was marked by a decline in Zhou court power and a gradual increase in power of individual states. However, its lasting legacy is its philosophers: Confucius, Sun Tzu, and Lao Tzu. 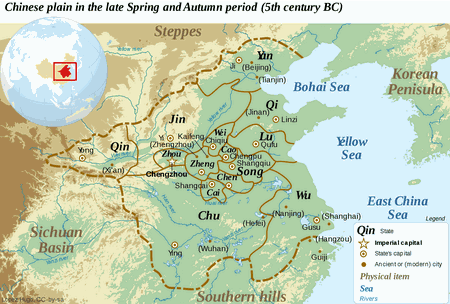 Before the Spring and Autumn period, China had enjoyed several hundred years of relative peace. The regions around the Yellow River had been continuously governed by a central authority, whether that be the mythical Xia, the mighty Shang, or the Western Zhou. However, these were not empires as we know them today. Instead, each consisted of a king and several fiefdoms or vassal states.

After the Western Zhou capital of Zongzhou was sacked by a marquess and non-Chinese “barbarians,” the Zhou moved the capital east to be closer to its main supporters. By that time, however, it was already too late for the Zhou. Four powerful states – Qin, Jin, Qi, and Chu – had already begun amassing and consolidating power, primarily through low-level warfare.

By the time of the Warring States period, many more states had attempted to declare independence from the Zhou, resulting in total chaos and paving the way for the final unification of China in 221 BC. 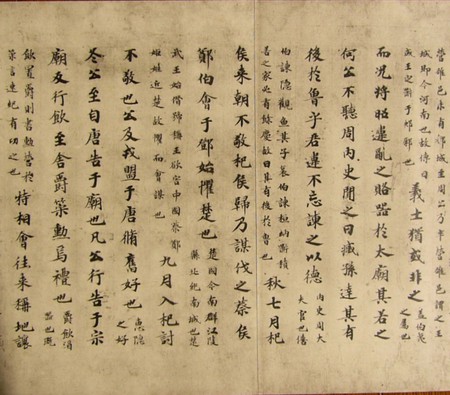 Still, the chaos of the Spring and Autumn period was able to produce three of China’s most well-known and influential philosophers: Confucius, Sun Tzu, and Lao Tzu.

Confucius was born in the state of Lu, in the modern-day city of Qufu. Perhaps because of the chaos around him, Confucius taught about the importance of social order. His teachings emphasized the virtues of benevolence, righteousness, propriety, and shrewdness. In order for society to function properly, he said, everyone must know his or her place. “There is government, when the prince is prince, and the minister is minister; when the father is father, and the son is son,” he is quoted as saying in the Analects.

Sun Tzu, born in either the state of Qi or the state of Wu, took a different approach to dealing with life during the Spring and Autumn period. He was much more concerned with war than with peace, and the world-famous strategy manual The Art of War has been traditionally credited to him. Later Chinese historians agree that Sun Tzu served as a general and strategist for the king of Wu, and it was his victories for the kingdom that inspired his writings. 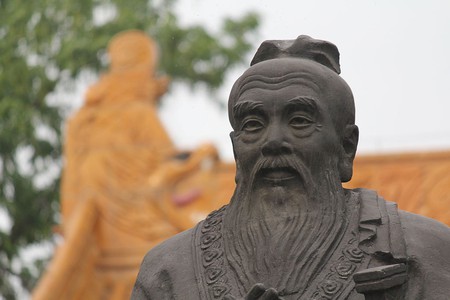 Finally, Lao Tzu took still another approach to his philosophy. While Confucius and Sun Tzu were much more concerned with worldly order, Lao Tzu looked to the intangible for inspiration. He is said to be the founder of Taoism, a Chinese religious tradition that centers around the notion that a person can achieve harmony by following “the Way.”

Clearly, each thinker was greatly influenced by the Spring and Autumn period, and we have it to thank for much of China’s governmental and religious philosophies to this day.