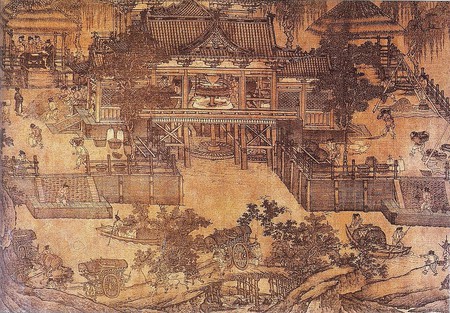 Many of the things people today associate with China originated in the Song dynasty. Rice and tea, for example, now staples of a Chinese diet, replaced wheat and wine as the dominant food and drink during the Song dynasty. Gunpowder? Song dynasty. Foot binding? Song dynasty. Yes, the Song played a major role in creating iconic China, and many of the world’s greatest inventions were brought about by the great innovators of this dynasty.

By the end of the Song dynasty, Chinese society was the most advanced in the world. The population had exploded, doubling in size during the 10th and 11th centuries. Gunpowder had been discovered, fireworks popularized, and true north located. Movable type printing had allowed for a great proliferation of literature and contributed to an increased literacy rate. The government had built a navy, traded heavily with foreign powers, and established a civil service exam that allowed commoners to rise to leadership positions.

So how was it that the Mongols defeated the Song?

The answer, of course, starts at the beginning. 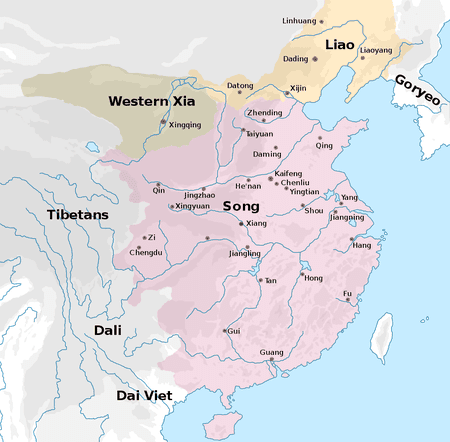 When Emperor Taizu reunified the country after the Five Dynasties and Ten Kingdoms period, establishing the Song dynasty, it looked like nothing could stop the Chinese. A strong leader, Taizu ruled soundly and lived by Confucian principles. He set up the civil service exam, known as keju, that lasted until the end of the imperial era, and was a major proponent of science and technology.

When he died in 976, however, his successors found it difficult to keep the peace with foreign threats. The Western Xia blocked Song access to the Silk Road. The Viets conquered the Song in the south. The Liao Empire to the northeast, while ultimately defeated by the Song, took the Song’s attention away from bigger threats. And the Jurchens to the north, with whom the Song allied against the Liao, was the straw that broke the Song in two.

The Jurchens started out as a tribe of the Liao but broke off from them to form the Jin dynasty in 1115. Along the way, they allied themselves with the Song, but when they noticed the Song’s military weakness, they broke the alliance and attacked. The subsequent two years of war pushed the Song south and separated the dynasty into two distinct periods: the Northern Song (pre-Jurchen) and the Southern Song (post-Jurchen). 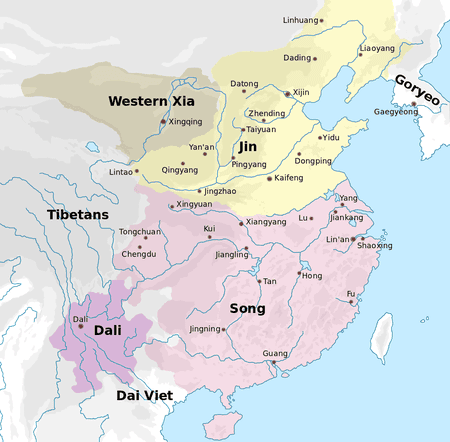 The Southern Song, while smaller, flourished again, and it seemed the dynasty would last forever. Southern Song leaders even had friends in the Mongols, who were quickly becoming a global force unlike any the world had seen. It was during this time that many of the Song’s greatest inventions came about. And it was this switch to the south that forced the Chinese diet to acclimate itself to rice, a staple crop of the area.

However, the Song made a fatal mistake when it decided to retake the former capitals of Kaifeng, Luoyang, and Chang’an after the Mongols toppled the Jin dynasty. The Mongol Khaganate didn’t take kindly to this affront, and Mongol leader Möngke Khan began a campaign against the Song that ended with the infamous Kublai Khan declaring the beginning of China’s first foreign dynasty: the Yuan.

Clearly, the Song legacy is China as the world knows it today. In addition to all the inventions and reforms, the Song left behind a wealth of architecture that you can visit in many Chinese cities.

One of the most significant Song sites is the Diaoyu Fortress, located in the current city of Chongqing. The battle at this fortress spurred Mongol forces to withdraw from Syria and prevented their expansion into Africa.

Other archaeological remnants include Yue Wang Temple in the city of Hangzhou, the modern-day name of the Southern Song capital Lin’an; the Iron Pagoda in Kaifeng, the capital of the Northern Song; and Longhua Temple in Shanghai. 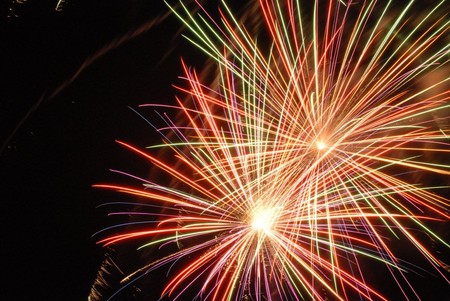 Fireworks, Popularized During the Song Dynasty | ©Chris/Flickr
Give us feedback