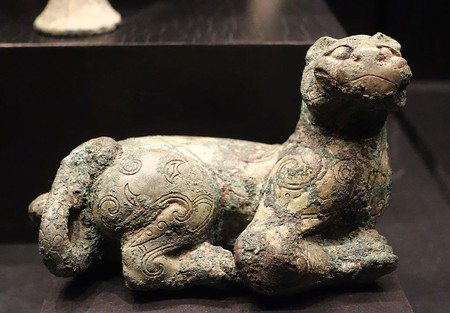 The Shang dynasty was a Chinese pre-imperial kingdom that lasted over 500 years. Up until the 20th century, its existence could only be verified by secondary sources, but the discovery of archaeological remains dating back to Shang times have proven that the kingdom wasn’t just a real dynasty—it was a remarkable one. 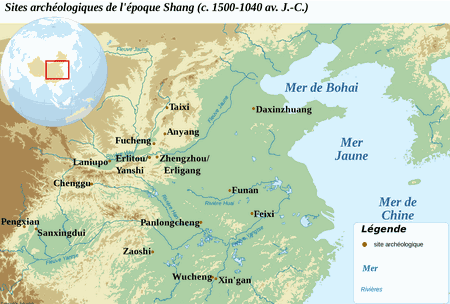 From as early as the 4th century BC, Chinese records have sworn on the existence of a Shang dynasty. Sandwiched in time between the mythical Xia and tumultuous Zhou dynasties, the Shang was said to have floated from capital to capital until the great king Pan Geng established a permanent capital in modern-day Anyang, Henan province.

Up until the 20th century, however, these records seemed like mere stories. Then, in 1899, Chinese scholars noticed that the “dragon bones” being sold by local pharmacists and antiquarians were marked with strange characters, much different from the script they knew at the time. It seemed then that conclusive evidence for the Shang dynasty was just around the corner. Still, it wasn’t until 1928 that these “dragon bones” were finally dated to the Shang and traced back to a site near Anyang.

From that moment, the storied Shang dynasty could not hide any longer. Over and over, archaeological remains were dug up, and over and over, those remains were linked to the Shang. Bronze ceremonial tools, musical instruments, and tombs were all discovered, but the real key to the dynasty’s story lay in those first “dragon bones.” 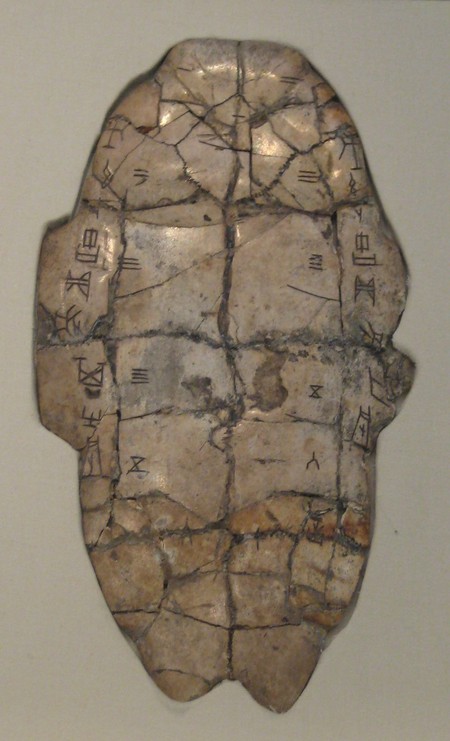 The “dragon bones” were, of course, not dragon bones at all, but rather what one American missionary to China dubbed “oracle bones.” These bones, some actual scapula from oxen and others tortoise shells, had been inscribed with the direct ancestors of modern Chinese characters. Shang dynasty diviners would expose the bones to extreme heat, causing them to crack. The diviners would then interpret the cracks and use them to predict anything from the weather to warfare.

Inscriptions on the oracle bones have confirmed much of what the early historians had written about the Shang and greatly expanded understanding of Shang culture. They have shown that the Shang was a largely agricultural society that engaged in ancestor worship and human sacrifice. While the dynastic line was passed to males only, the Shang may have been more gender egalitarian than many of its succeeding dynasties. In fact, at least 180 oracle bones mention a woman named Fu Hao; she was not only a consort of King Wu Ding but also a renowned military general. It is her tomb, near Anyang, that remained untouched by grave robbers and thus contains one of the richest assortments of Shang artifacts to date. 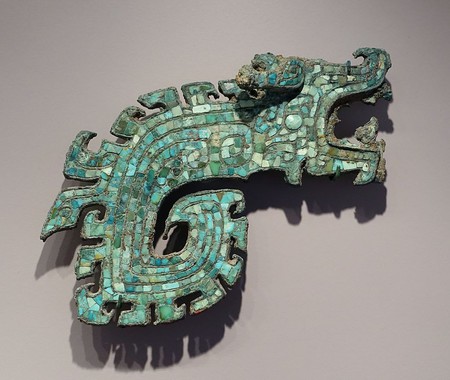 Weapon Handle Made of Bronze with Turquoise Inlay | © Daderot / WikiCommons

While archaeological evidence of the Shang dynasty has been found as far south as Jiangxi province and as far west as Chengdu, the best place to get to know the Shang is, unsurprisingly, the former capital itself. Anyang is a fairly unremarkable city today, but its museums and tombs offer an unparalleled look into ancient China.