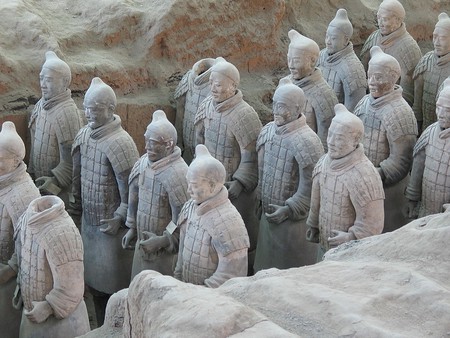 Why is China called China? Well, you can thank the Qin dynasty for that. Although short-lived, the Qin will always be remembered for unifying a country and establishing an imperial system that would last, more or less, until 1911. 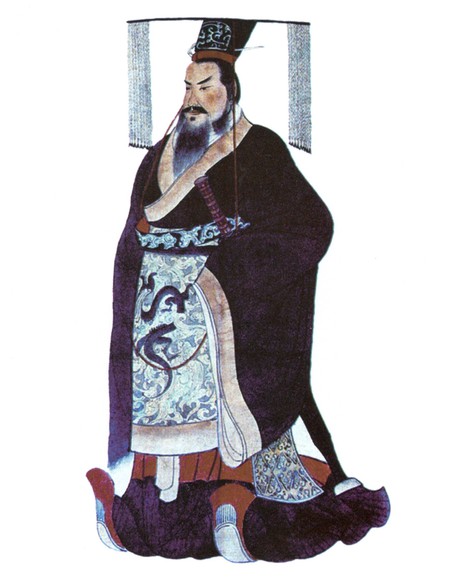 Before 221 BC, China was little more than a chaotic handful of states warring for power. One of those states, the Qin, would rise to prominence over hundreds of years through a mix of military conquest and legalist strategy. The man at the center of it all, Qin Shi Huang, born Ying Zheng, created the title of emperor for himself and took control of a now-unified country. He instructed all opposing states to hand over their weapons and melted them down to create 12 large statues in the new capital of Xianyang, in modern day Shaanxi province.

The dynasty was strong while Qin Shi Huang lived. The emperor was a strong leader, but a tyrant. He burned books to prevent his subordinates from gaining knowledge that might turn them against him, and he even buried 460 scholars alive after he heard their discussions of his arrogance. Some scholars today have drawn parallels between Qin Shi Huang and Mao Zedong, both similarly strong but destructive. 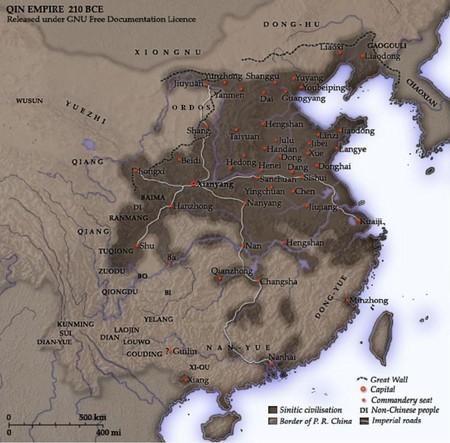 Still, under Qin Shi Huang’s leadership, the dynasty established a standardized national writing system as well as standardized units of measurement, abolished feudalism, and began construction on what we now know as the Great Wall of China.

After Qin Shi Huang’s death in 210 BC, ironically brought about by a strenuous trip to find an elixir of immortality, chaos reigned supreme once again. The chief eunuch, Zhao Gao, and the prime minister, Li Si, altered the dead emperor’s will to help Qin’s most manipulable son, Huhai, rise to the throne. The new emperor continued Qin Shi Huang’s most hated projects, through the help of high taxation, without his father’s signature menace and strength. When Zhao Gao and Li Si had a falling out, Li Si was executed, and Zhao Gao forced Huhai to commit suicide, establishing Huhai’s nephew as the newest emperor. It was then that a full-scale rebellion broke out, the capital was destroyed, and the dynasty overthrown for good.

The Qin remains the shortest major Chinese dynasty, yet it was arguably the most influential, politically speaking. Its legacy is still felt today in the relics and sites it left behind, most notably the Terracotta Warriors. This army of over 8,000 was created while Qin Shi Huang was still alive, in order to guard his tomb after his death. His actual tomb, which remains unopened, is thought to be surrounded by an underground river of mercury and is protected with a series of crossbows rigged to fire when anyone tries to enter. Buried with the first emperor of China are all of his concubines and the 700,000 men who constructed the tomb, all of whom, save for the emperor of course, were buried alive.

Want to see this remarkable and devastating feat of human labor? It’s available for daily tours in the city of Xi’an. 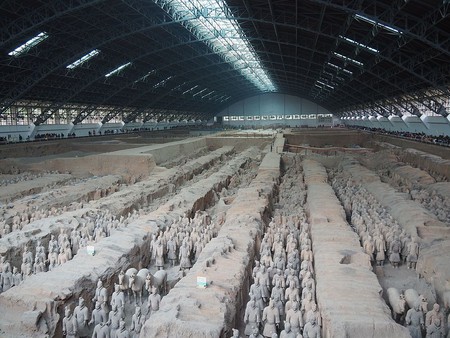 Terracotta Warriors | Courtesy of Wikimedia Commons
Give us feedback