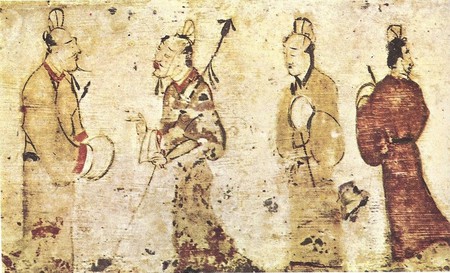 The Han dynasty may have died out nearly 2,000 years ago, but its legacy lives on to this day. In fact, the majority ethnic group in China, the Han, got their name from the time period. One of the longest major dynasties, the Han—whose influence is to the East what that of the Roman empire is to the West—was a halcyon era for Chinese politics and saw a flourishing of pottery and technology.

A commoner named Liu Bang founded the Han dynasty. During the preceding dynasty, he had worked his way into the court as a minor official, and while the Qin fell apart from the inside, Liu Bang raised an army, claimed the throne and established the Han dynasty with himself at its center and Chang’an as the capital, very near modern-day Xi’an. Of course, he was not able to accomplish this without a fight. His major rival for the throne was an opposing general by the name of Xiang Yu. In an attempt to get Liu Bang to surrender, Xiang Yu captured Liu’s father and threatened to boil him alive. Liu, in turn, replied, “Send me a cup of the soup.” It was with this unwavering strength that Liu set in motion one of the most significant Chinese dynasties to this day.

The dynasty saw many important scientific and technological advances, most notably in papermaking and the use of negative numbers in mathematics. It is also the dynasty that gave birth to Chinese historiography. Sima Qian, the court astrologer during the reign of Emperor Wu, completed a massive, 526,000-character-long tome detailing the history of China, from the mythical Xia dynasty to his contemporary time. The book, named Shiji or Records of the Grand Historian, is not the first Chinese history book, but it is the most extensive and influential. One unique aspect that Sima Qian brought to his writing was a non-linear approach to the past. Instead of writing chronologically, he grouped everything into themed units, allowing him to include details about music, ceremonies, calendars, religion, and economics, not just major events and figures. 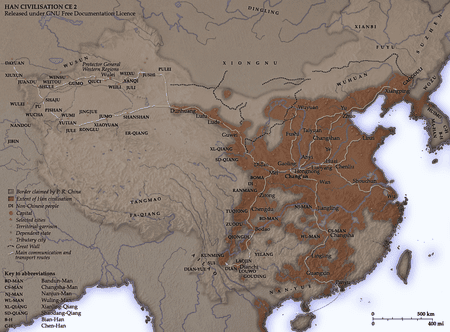 While the Han dynasty was overall very prosperous, it was not without its conflicts. It is actually difficult to discuss the Han as just one dynasty because it is broken up into two pieces: the Western Han, or Former Han, and the Eastern Han, or Later Han. The Western Han refers to the reign in Chang’an, and the Eastern Han refers to the time after which the usurper Wang Man declared the beginning of a new dynasty.

Wang Man, a government official from a powerful family, took advantage of growing social turmoil in the wake of Emperor Wu’s death to attempt an overhaul of the landowning structure. This overhaul was not successful, and after 14 years, angry peasants formed a rebellion, sacked the capital of Chang’an and cut off Wang Man’s head. The imperial capital was relocated to Luoyang, and thus, the Eastern Han began.

The dynasty finally ended with a series of natural disasters, the burning of Luoyang and, unsurprisingly, a power vacuum. The dynasty’s end marked the beginning of a conflict known as the Three Kingdoms period, which would last 350 years before a unifying dynasty would rise again.

Today, the Han is often synonymous with Chinese pottery and ceramics. The dynasty’s pottery is the oldest to survive in great quantities and is scattered throughout museums across the world and in Han-era tombs. Many other Han relics can be found in places such as the National Museum in Beijing and the Luoyang Ancient Tombs Museum.

The Han, although not the first Chinese dynasty, was the one to establish Confucianism as the official state philosophy, a decision which the country still feels nearly 2,000 years later. 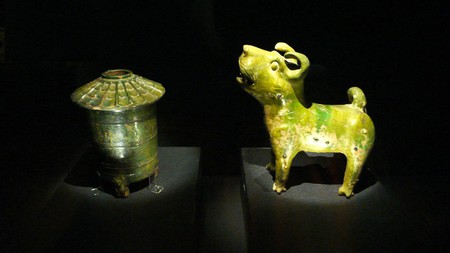