A Brief History of Baijiu, the Ancient Chinese Liquor 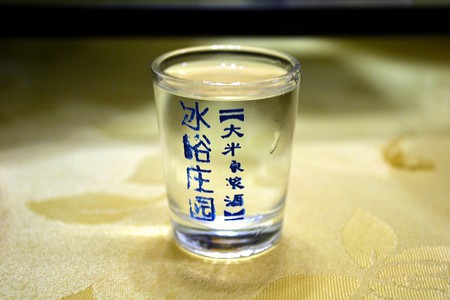 Baijiu is China’s national liquor. This potent spirit has been around since at least the 2nd century BCE and holds a unique place Chinese culture and history. Fiery shots of baijiu are consumed at banquets and weddings, and are given as offerings to deities and ancestors. Here’s a brief introduction to the history of this ancient drink.

Baijiu (roughly pronounced like “bye Gio”) is a clear liquor distilled from fermented grain, typically sorghum. The price of a bottle ranges from a few dollars to thousands of dollars (in USD) for a bottle of premium Maotai, the undisputed emperor of premium baijiu. Like any luxury liquor, prices can reach outrageous heights — in 2010, a bottle of vintage Maotai bottled in 1958 broke records when it was auctioned for RMB 1.45 million, or US$220,000.

A warning to first-time baijiu tasters: this drink is not for the faint of heart. Baijiu is typically between 40% to 60% alcohol by volume, with a powerful, heady scent. A single sip is often likened to swallowing a mouthful of flames. 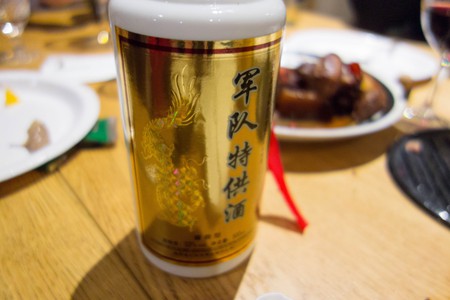 The origins of baijiu

The exact origins of baijiu are unclear. Long before baijiu came into existence, Chinese people brewed and distilled alcoholic beverages, but we don’t know at which point the spirits and wines mentioned in ancient texts evolved into what we call baijiu.

In terms of technology, methods for distilling alcohol into spirits have existed as early as the Eastern Han dynasty (25-220 CE). Going further back, oracle bone inscriptions dating to the Shang dynasty (1600-1046 BCE) refer to a drink called li, which scholars surmise to be a sweet, fermented beverage somewhat similar to beer.

During the Tang dynasty (618-907 CE), poets such as Li Bai mentioned a spirit called shaojiu in their writings. It’s possible that shaojiu’s distillation techniques and ingredients were similar to baijiu, but we can’t be sure. 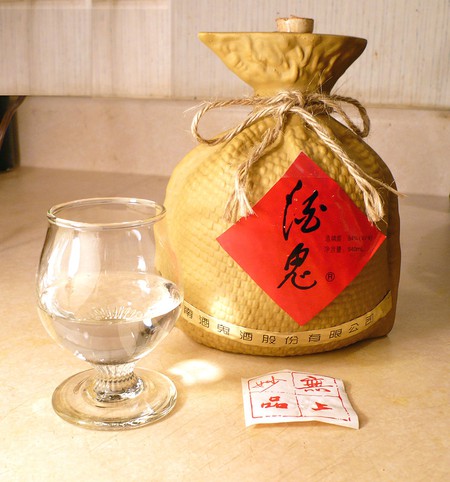 A Song dynasty text dating to 982 CE describes a distillation method using wheat and barley that also exactly resembles the modern day approach to making baijiu. However, it wasn’t until the Yuan dynasty (1271–1368) that we know for sure that baijiu was widely consumed in China.

Despite its murky origins, baijiu is prominently referenced in Chinese art and literature through the ages. In addition, there are two primary folk legends surrounding the invention of baijiu:

The first is the legend of Yi Di. According to this tale, a consort of Yu the Great — a ruler from the mythical Xia dynasty (2070 – 1600 BCE) — commanded Yi Di, an imperial subject, to create a new type of wine or liquor. Yi Di then created baijiu, which the consort promptly offered to her lover. The king liked it so much that he decreed that future generations should be able to enjoy it for time immemorial.

The second legend concerns a man named Du Kang, who lived during the Zhou dynasty (1046-256 BCE). Du Kang was an exile who lived in the forest with his uncle. One day, Du Kang hid some sorghum in the hole of a tree. When he and his uncle returned to it a few weeks later, they noticed a beautiful and fragrant smell coming from the hole. They found that the sorghum had mixed with rainwater and fermented, transforming the liquid into a spirit — and thus, baijiu was accidentally born. To this day, Du Kang’s name is invoked to describe a superlative baijiu.