9 Chinese Beers That Will Make You a Convert 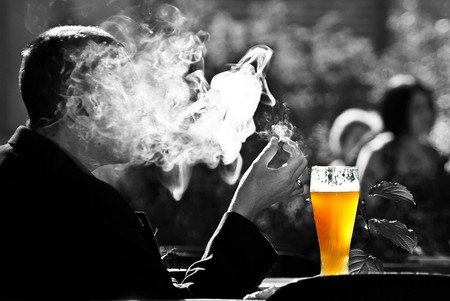 While China is still more associated with tea and spirits, beer is now the second most consumed beverage in the Middle Kingdom. Archaeologists have even proven that China’s beer tradition dates back more than 5,000 years. Though the country’s craft beer scene is quite a bit younger, local breweries are flourishing from Beijing to Shanghai, serving up international classics with Chinese characteristics.

This seasonal offering from Jing A warms the bellies of Beijingers in the cold fall and winter months with its deep, smoky flavors and peppery undertones. The peppers that give this Asia Beer Cup 2015 silver medalist its kick come directly from China’s southwestern Guizhou province, ensuring the beer tastes uniquely Chinese. The brewery that concocted this wickedly spicy beer has only been around since 2013 but has already become one of the top names in Chinese brewing.

Fellow Beijing-based powerhouse Great Leap Brewing has no shortage of beers to get you hooked. The Honey Ma Gold was Great Leap’s very first beer and is still arguably its best. This golden ale is sweetened with local organic honey and spiced up with Sichuan peppercorns, which, different to chili peppers, produce a tingly sensation in the mouth.

The brainchild of a Shanghai-based Thai expat, Song Craft Beer has made a stunningly large impression on the Shanghai community for being such a small microbrewery. The iconic Song logo can now be found on bottles all across the city, though the beer itself is brewed in neighboring Zhejiang province. One of Shanghaier’s favorites is the lightly floral Song IPA.

A much bigger name in Shanghai brewing is Boxing Cat, which was acquired by the world’s biggest beer brewer, AB InBev, in 2017. Despite its new owner, the brewery still serves up its signature beers that the Shanghai community has come to love. A must-try Boxing Cat beer is the Sucker Punch Pale Ale, a light, aromatic ale with notes of mango and guava.

Back up north in China’s craft beer capital of Beijing, Slow Boat Brewery offers up its answer to Germany’s Radler. The Stone Boat Pilsner is the perfect summer beer, with its lemon-lime aroma taking center stage. The brewery itself has been around since 2011 and prides itself on offering up Beijing’s largest selection of seasonal small batch brews.

A Whiter Shade of Pale Hefeweizen by Arrow Factory

Arrow Factory Brewing, also based in Beijing, has gone full-on German with its A Whiter Shade of Pale Hefeweizen, which is simultaneously filling and refreshing. Other beers on offer mimic American and English-style ales and lagers. All beers are, however, brewed right in Beijing out of just 12 tanks.

Today’s Saturday buy one, get one free is on our A Whiter Shade of Pale Hefeweizen. Running all day and night until close at Arrow Factory Liangmahe. What else do you need… 🏹 With a ABV of 4.8% and an IBU of 13, it’s a traditional German style wheat beer with a light banana aroma, lots of cloves and other phenols. It has undergone an ferulic acid rest, which helps bring wondrous complexity to the beer 🍻 🏹 #buyonegetonefree #saturdaydeal #saturdaybeers #timefortwobeers #awhitershadeofpale #hefeweizen #beijingcraftbeer #beijingbeer #craftbeerporn #beerporn #craftbeerlovers #beerlovers #coldbeers #warmhearts #arrowfactorybrewing

Beijing and Shanghai tend to steal the limelight when it comes to craft beer, but Xi’an’s Xian Brewery is one to watch. The milk stout that they produce is absolutely sinful, with bold, in-your-face, chocolaty and coffee flavors. It is best enjoyed at Xian Brewery’s Near Wall Bar, located at the South Gate of the old Xi’an city walls.

Join us for a drink (or few) at the best craft brewery in China! #cheers #xian #beer #brewery #craftbeer #lostplate #xianfoodtour

Don’t be fooled by the lightness of the beer: Sixth Sense is strong. At 10.6% ABV, this seasonal Belgian ale masks its strength with eucalyptus, honey, and vanilla overtones. The ale comes courtesy of Bionic Brew, holding down the beer fort in China’s southern city of Shenzhen.

Founded in 2008 in Nanjing, Master Gao is China’s oldest craft beer brewery. For 10 years, Master Gao has been proudly paving the way for other local breweries. Though all the beers are as delicious as they are beautiful, the Mad Ting American-style IPA is a standout. Named after Chinese scientist Ding Luping, Mad Ting is high in alcohol content and low in bitterness.