Phrases To Help You Speak Like a Local Person in Beijing 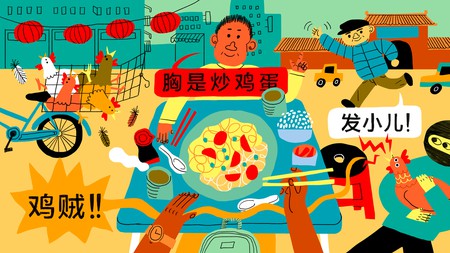 Beijing has long been the capital of China, and the local dialect officially became the lingua franca of the country around the time of the late Qing Dynasty. Many colloquial phrases and words that are completely unique to the capital have also become part of the everyday vernacular.

The Beijing accent is defined by its distinctive emphasis on the ‘r’ at the end of words and sentences; speaking the local dialect can make you feel like a swashbuckling pirate! In addition to this difference in pronunciation, the city has its own vocabulary of unique colloquialisms that don’t exist anywhere else in China. Try these words and phrases during your trip and you’ll fit right in.

While the term 倍儿 (bei’r) exists everywhere in China, Mandarin speakers living outside the capital can often be thrown by its unfamiliar pronunciation. It’s a classic example of how Beijingers lean into their r’s. Instead of pronouncing each character separately, Beijingers morph the sounds into one; it should sound like ‘bay’ with an ‘argh’ tacked onto the end. The term means ‘double’, but contextually it can also mean ‘very’ – for example, 爽 (shuang) means ‘happy’ and 倍儿爽 (bei’r shuang) means ‘very happy’. Beijing musician Da Zhang Wei will show you how it’s done with his popular hit, ‘Bei’r Shuang’ (‘Very Happy’). 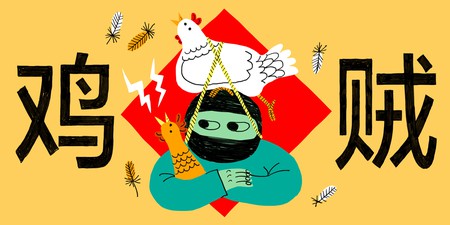 This adjective describes people who are stingy, miserly or generally a bit cheap. Some sources suggest that the term was coined in a book in which one of the characters, a landowner who owned a farm, would make the sound of a cockerel to wake up his workers before sunrise so he could squeeze out a few extra hours of labour. Others suggest that the term became popular after an internet storm that blew up in the wake of a young man who broke up with his girlfriend for ordering a pricey drink rather than a spartan bottle of water. While it’s not a positive reflection on one’s character, ‘chicken thief’ can nonetheless be used as an affectionate insult between close friends.

This term is used to describe someone who is stubborn, who won’t be budged and can’t be changed. For some reason, this term is only used in Beijing. Ge also possesses a second meaning, that of a bizarre inexplicable incident.

In ancient times, 发小儿 (fa xiao’r) was a term used to describe rambunctious children, the sort who would destroy vases and play in the mud. Today, this term has taken on a very different meaning. 发小儿 is a way to describe an old friend whom you grew up with; it’s a status that is reserved for your very closest friends, with whom you share a natural closeness cemented in the earliest stages of childhood. There’s a famous saying in Chinese that goes 友谊既能分享快乐，又能分担伤痛 (‘With clothes, the newer the better; with friends, the older the better’), which is perhaps why this term is imbued with such warm, fuzzy feelings. 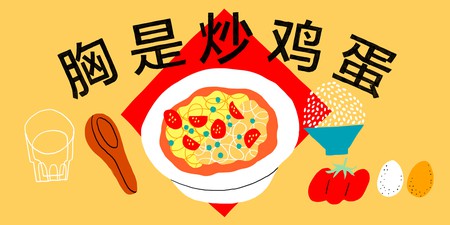 A word-for-word translation of this term would be ‘chest is scrambled eggs’, but what it really means is ‘tomatoes with scrambled eggs’. Beijingers have a habit of talking quickly – so quickly, in fact, that certain words get dropped altogether and others are mashed into one. The characters 西红柿 (xi hong shi), meaning tomato, started being pronounced as 胸是 (xiong shi). Over time, this Chinese contraction took on its own entirely different meaning; since 胸 (xiong) means ‘chest’ and是 (shi) means ‘is’, this popular dish became known as 胸是炒鸡蛋 (xiong shi chao ji dan).

This phrase means ‘old loafer’ and is usually a gently insulting term of endearment for old retirees who spend their days in the park walking their birds and playing rounds of mah-jong. Depending on the person you’re accusing of being a 老炮儿 (lao pao’r), it can also be a way to describe respectable old men who have served their time in the working world and have retained their upright and loyal character. Lao Pao’r was also the name of a Chinese blockbuster directed by Guan Hu and released in 2015, known in English as Mr Six.

This term describes a specific sort of social nous; it’s an awareness of social situations and how one should act. In Chinese culture, particularly in business settings, it’s important to understand one’s place in the social hierarchy. For instance, if you’re waiting for the boss to arrive at dinner, those who are seated at the table should stand up when the bigwig arrives. To say that someone is good at observing situations and acting accordingly with discretion, you would say 有眼力见儿 (you yan li jia’r).

串儿 (chuan’r) are delicious barbecued meat skewers that originally hail from Xinjiang, but have been wholeheartedly adopted by Beijingers. The addition of the word 撸 (lu) creates the phrase ‘to strip the meat off skewers’, which is exactly how they should be consumed; this is not fine-dining fare – it is food meant to be eaten on the street sitting on plastic stools and washed down with plenty of beer. But don’t go banding this term around too often, as 撸串儿 (lu chuan’r) also moonlights as a double entendre. 撸 (lu) can mean ‘to rub one’s hand along’ or, more literally, ‘to masturbate’ – add to this the chuan’r and you get a very different visual.