8 Remote Places in China That Are Worth Visiting 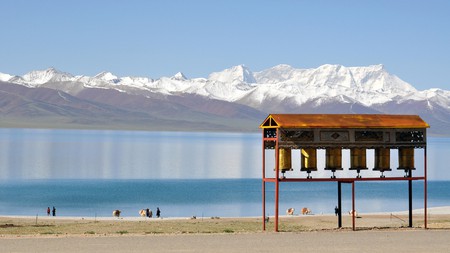 Though China is more navigable now than it has ever been, some of the best pockets of the country remain remote. For those willing to venture beyond Beijing, Xi’an, and Shanghai, there are whole worlds to explore within China’s borders. Here are eight places that are tricky to reach, but stunning to visit.

Most people don’t even know that Inner Mongolia is part of China; fewer still have been there. Those that do go tend to stick to the capital of Hohhot and the world-famous Gobi Desert. For a taste of Outer Mongolian life, however, a trip to the Hulunbuir Grasslands is essential.

The grasslands of Hulunbuir don’t have roads. So if you want to explore them, you will need to book a group excursion from the small city of Hailar. From there, off-roading vehicles will take you to places that will make you say “I can see Russia from my horse!” Experience the antithesis of city life during the day, and stay in a glammed-up Mongolian ger during the night.

Hulunbuir isn’t just grass as far as the eye can see. Well, most of it is. However, it is also birch forests and wind-whipped rivers and wild reindeer. It is everything you never knew China could be.

Prior to August 8, 2017, Jiuzhaigou National Park was one of Sichuan’s top destinations. Sadly, on that day, the area suffered a magnitude 7.0 earthquake, and Jiuzhaigou will remain closed to tourists for a year while the damage is cleared.

Located in the same mountain range as Jiuzhaigou, Huanglong Scenic Area is a wonderful alternative to the national park while it undergoes restoration. Huanglong is famous for its tiered calcite-deposit pools and hot springs, and lucky visitors might even get to see a giant panda in the wild or, more likely, a few golden snub-nosed monkeys.

Hopefully, the unfortunate closure of Jiuzhaigou will finally bring Huanglong the attention it deserves. 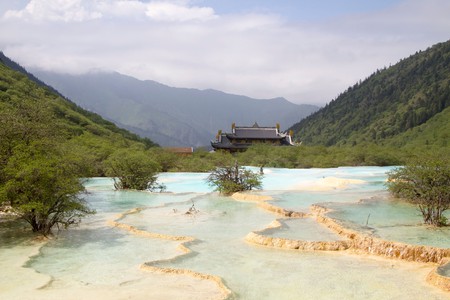 Houtouwan is an abandoned fishing village on Zhejiang province’s Shengshan Island. Once a bustling community of over 2,000 people, Houtouwan became a ghost town in the early 1990s when residents left in search of better educational opportunities. Since then, the village’s structures have become overgrown by vines, making the island an eerily beautiful spectacle that few adventurers will ever see.

Although only 65 kilometres (40 miles) from Shanghai, Houtouwan is not easy to get to. In fact, the journey requires a combination of bus, boat, taxi, and boat again, taking roughly a total time of four hours.

So few international tourists know about Sichuan’s Garzê Tibetan Autonomous Prefecture, which is a shame for them, but a blessing for the few who do decide to make the long trek out there. Situated at the western edge of the province, Garzê, or Ganzi as it is known in Mandarin, is a six-hour drive from Chengdu and may require a special permit to visit, depending on the time of year and the mercurial mood of the government. With Tibetans making up over 77% of the autonomous prefecture’s population, Garzê makes Beijing nervous. During the Tibetan New Year in the spring, the government often enacts travel restrictions to the prefecture, but, even still, it is significantly easier to visit than Tibet itself. 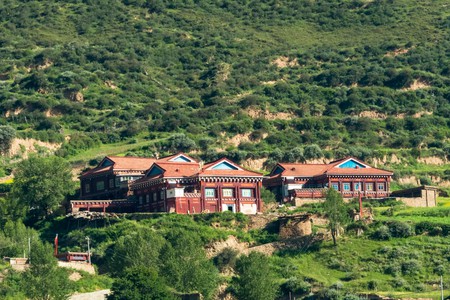 The Ili Kazakh Autonomous Prefecture in China’s western Xinjiang province shares borders with Kazakhstan to the northwest and Russia and Mongolia to the northeast. At 280,000 square kilometers (108,108 square miles), Ili has no shortage of natural wonders. In fact, it contains some of the most stunning beauty in all of Xinjiang. The Nalati Grassland, worthy of a one to two day excursion, offers a peek into nomadic Mongolian life, and crescent-moon-shaped Kanas Lake, located in the Altai Mountains, is famed for its turquoise waters and mythical Kanas Lake Monster.

It’s easy to look at pictures of the prefecture and question their authenticity, but no, those places really are just that beautiful. And the good news is that, compared to many other Chinese autonomous prefectures, Ili isn’t that difficult to get to. However, the vastness of Xinjiang cannot be underestimated. While the provincial capital of Urumqi appears on maps as just a blip away from Ili, it is, in fact, an eight-hour drive away. Increased security measures have also been placed on the prefecture in recent years, as the ethnic minorities there often clash with the national government and Han locals.

Namtso Lake, the highest saltwater lake in the world, is located in the Nyainqêntanglha mountain range of northwest Tibet. Easily one of the most beautiful destinations in the province, the lake was also once a popular pilgrimage site for Tibetans before being closed to such activity by the Chinese government. Still, it’s no surprise that pious men long found meaning in the caves and islands of Namtso and its awe-inspiring sights.

Of course, a trip to anywhere in Tibet is a logistical challenge. All tourists must go with an official Tibetan tour guide and carry a travel permit issued by the Tibetan Tourism Bureau. It is recommended to apply for the permit a minimum of 200 days in advance of your trip. While the permit itself is free, most tourists decide to conduct all bureaucratic procedures through a travel agency, which will charge fees around RMB2,500 (USD$378). Thus, all trips to Namtso Lake must be planned carefully and well in advance. 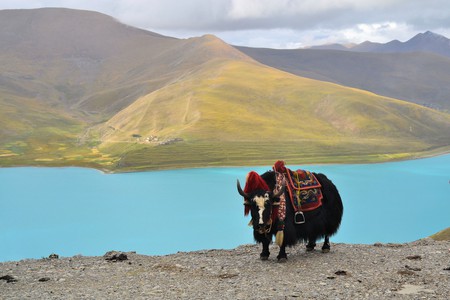 With most of Guangdong province being dominated by mega-cities like Shenzhen and Guangzhou, it may come as a surprise that it also has miles and miles of rural farmland, much of which is only accessible by dirt roads blocked by informal, toll-taking locals. Arguably the most picturesque area of Guangdong is located near the small city of Yingde. The city isn’t known for much, but its local black tea is famous worldwide. You can visit the tea plantations where the leaves are harvested and play tea-picker for a day. When you’re done with that, take a bamboo cruise on an offshoot of the Beijiang River, past the ancestral home of the Peng clan. Pengjiaci, as it is known, is made up of crumbling old houses built up the side of a hill, where members of the family still reside to this day. Whereas most Chinese ‘ancient sites’ have succumbed to the tourism monster, Pengjiaci very much maintains its authenticity. In fact, it is so under the radar that a quick Google search for the place doesn’t return any results.

Overshadowed by its flashy neighbor, the Harbin Snow and Ice Festival, remote Shuangfeng Forest Farm in northeastern Heilongjiang province doesn’t get the love it deserves. Nicknamed “China Snow Town” for its annual seven-month long snowfall, Shuangfeng Forest Farm is the place to experience China’s deepest snows. Once just a one-street logging village, China Snow Town has gradually transformed into an idyllic tourist destination, with many of the original homes now converted into guesthouses. The town is accessible via a tourist bus from the city of Mudanjiang but cannot easily be combined with a weekend trip to Harbin due to its remoteness.