8 of Macau's Most Eye Catching Artworks

Dalnian Dancer by Salvador Dali | courtesy of MGM Macau
Art may not be the first thing that springs to mind when you think of Macau, but it is home to many artistic works. Often overlooked and easily missed amid the enormity of Macau’s casinos, with a little closer attention you can spot some real gems. Here are some that caught our eye.

Chinese artist Li Xiaofeng uses pieces of discarded porcelain to create beautiful “clothes”. The pieces are polished and stitched together with wire to create everything from Chinese dresses and jackets to military uniforms. Li says that because the Chinese eat rice out of ceramic dishes, his “rearranged landscapes” explore the relationship between the bowls and the body. Although his pieces are technically wearable, they are as heavy as a suit of armour and not so durable.

Two of the Spanish artist’s most recognisable and revered sculpted works are on permanent display at the MGM Macau.

The beautiful Alice in Wonderland sculpture welcomes visitors to the hotel. It’s believed Dali was greatly inspired by the work of writer Lewis Caroll, in particular the surreal tale of Alice in Wonderland, and for this sculpture, the artist has re-imagined Alice as an adolescent girl with bare breasts.

The second sculpture, Dalian Dancer is in the hotel lobby. The bronze sculpture, one of several cast from an original using a process called lost wax, sits under the Fiori di Paradiso ceiling, a hanging sculpture of hand-blown glass flowers by American artist Dale Chihuly.

A new addition to Macau’s ever-growing collection of art is the US$34 million sculpture by artist Jeff Koons, entitled “Tulips”. Koons is the sometimes controversial artist who has relied on pop culture and everyday objects for inspiration. This particular piece, weighing three tons and made of high-chromium stainless steel, glows in the east atrium of Wynn Palace, Macau.

Koons created Tulips between 1995 and 2004 as part of his Celebration series, an examination of objects associated with childhood. The sculpture takes the form of brightly coloured balloons twisted into the shape of flowers. With “Tulips”, Koons invites adults to experience the wide-eyed wonderment of childhood and feel small again. 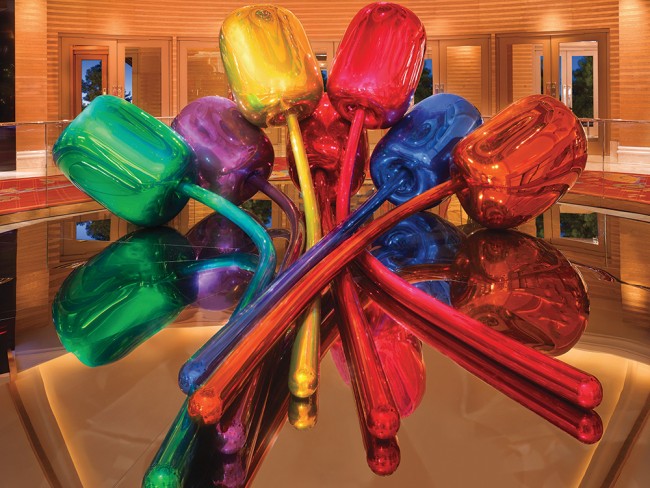 George Chinnery was an English painter who spent most of his life living in Asia. He resided in Macau for 27 years and his paintings have become not only works of art, but important historical items for the research of Macau culture and social change.

Visitors to Macau can see a row of works by George Chinnery, depicting what Macau looked like during the first half of the 19th century. For those eager to see places not covered in the Macau guidebooks, these Portuguese tiled murals can be spotted at the base of Cathedral Square and are one of Macau’s best hidden secrets.

Historical Landmark, Park
Permanent Handshake | courtesy of Macao Government Tourist Office
This striking piece is the work of Chinese sculptor Lau Kuai Peng. Entitled “Permanent Handshake”, it’s said to symbolise the union of East and West and represent the friendship between Portugal and China. Macau was a Portuguese colony for over 400 years, until it was handed back to China in 1999. This powerful symbol of Macau’s unique history is located at the Dr. Sun Yat Sen Municipal Park on the Northern tip of Macau, not far from the Macau S.A.R.’s border with China.
More Info
Open In Google Maps

The Buccleuch Vases at Wynn Macau

These four foot high vases, from China’s Jiaqing period (1796–1821) painted with Buddhist and Daoist emblems, are exceptionally rare – the only similar quartet of vases in the world is at Buckingham Palace, London and belongs to Her Majesty Queen Elizabeth II. The vases can be found in the VIP lobby of Wynn Palace, Macau.

The vases were purchased at auction for $US12.8 million by casino mogul Steve Wynn, who said he bought them as part of his ongoing commitment to return artistic treasures to China. There are several works of art on display at Wynn Palace, but perhaps the most striking are these 18th-century Chinese porcelain Buccleuch vases. 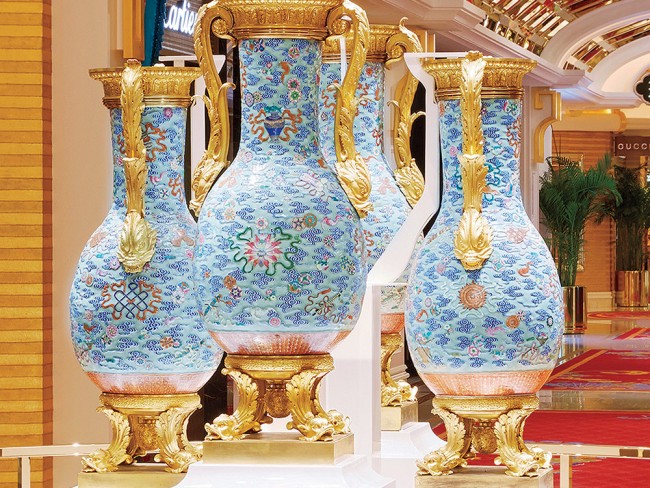 Xian Xinghai, born in Macau in 1905, was a Chinese composer. He is best known for his Yellow River Cantata upon which the Yellow River Concerto for piano and orchestra is based. A giant of Chinese music, his influence won him the title “People’s Composer” and a three meter high statue of Xian was erected at the intersection of Avenida Xian Xing Hai and Rua de Berlim streets in Macau to commemorate the 100th anniversary of his birth. 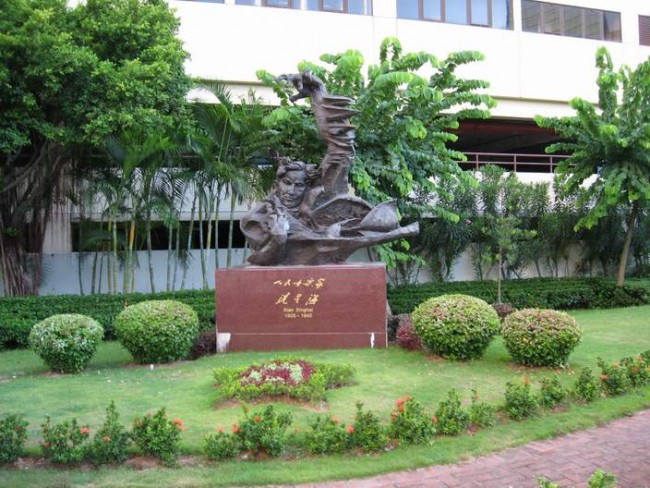 Designed by four-time Emmy Award winner Jeremy Railton, at a cost of US$20 million, the hard to miss Wishing Crystals welcome guests as they enter the main atrium of the US$1.9 billion dollar Galaxy hotel. The feature is comprised of a cluster of giant coloured crystals that are set in an exquisite mirrored pool.

This multi-sensory display incorporates sound, light and touch into a symphonic show. Whenever a person approaches the display it will trigger a combination of visual and sound effects. Railton cites myths of good fortune, health, and harmony as the inspiration behind the design. The piece is intended to elicit a feeling that the visitor has entered a realm of good fortune as they explore the crystal forest. 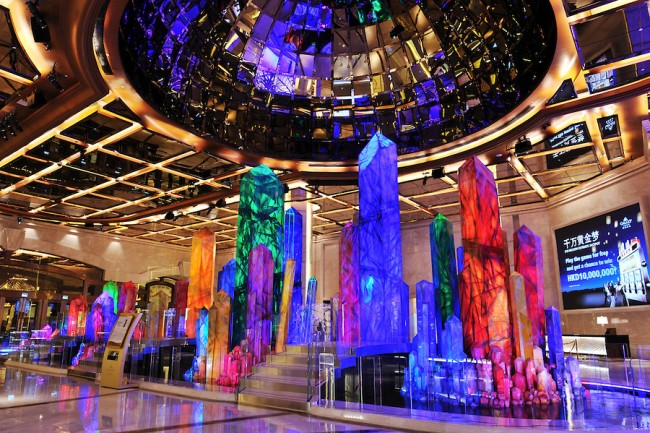