8 Movies to Watch Before Traveling to China 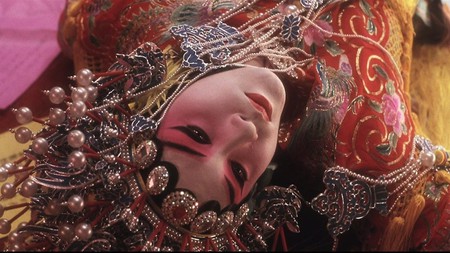 China has been making great films since the 1930s golden age of Shanghai. The lens has followed the country through its great triumphs and struggles, and continues to watch China’s mercurial, complicated march towards industrialization. Before traveling to China (and even if you’re already there), watch these eight films for an intimate, inside look at the country’s diversity, cultural struggles, unique sense of humor, tragedy, love, and beauty.

Delving into the lush, hard world of Peking opera and nearly 50 years of political turmoil, this film by Chen Kaige casts a brutal eye on the breakdown and strength of human relationships in the face of intrigue, romance, and incredible hardship. Following the story of opera actors Shitou and Douzi, from their humble beginnings to their rise during the Nationalist reign and fall when the communists come to power, there is plenty of heartbreak to go around in this drama. But Chen keeps your eye on the screen with his detailed look into the customs and gorgeous beauty of Beijing Opera.

To truly get a taste of Chinese cooking—its intricacies, complexities, and inextricable ties to expression and emotion—watch this movie now. A stunner by Ang Lee (before Brokeback Mountain fame), Eat, Drink, Man, Woman is a Taiwanese film following the lives of a retired widower chef and his three daughters. It also examines connections between food, love, and desire, and takes on issues of transitioning from tradition to modernity, as well as the influences of East and West. It sounds like a lot, but ultimately this story is about cooking and the relationship between a father and his children.

This is director Zhang Yimou’s sixth and perhaps finest feature film. Based on a book by the same title, the story outlines the struggles of a married couple during the rise and tumultuous rule of Mao Zedong. Tragedy stalks the couple, played by Ge You and Gong Li, at every turn, from the Sino-Japanese War to the Great Leap Forward and Cultural Revolution. However, among the sadness, there are also small moments of joy and compassion that help illustrate how people continued on with their lives despite the chaos, misfortune, and pain that lived constantly at their doorstep. Make sure to keep tissues close at hand.

If there’s one modern martial arts movie you should watch, it’s this masterful, moving piece of work (again by Ang Lee). It blends gorgeous storytelling, a soulful score composed by the famed Tan Dun (with solos by Yo-Yo Ma), and thrilling choreography undertaken by greats Chow Yun-Fat, Michelle Yeoh, and Zhang Ziyi. The sweeping, complicated plot has all the right parts: romance, wit, humor, and exhilarating action that pays tribute to the past while adding its own breath of fresh air. The beautiful China scenery in the background doesn’t hurt either.

For a look at the relationship between rural migrants moving to big cities and the generally more wealthy urbanites, look no further than this film by Wang Xiaoshuai. A poor country boy, Gui Liangui, has just migrated to Beijing, where he works as a courier and a bike is given to him is symbolic of both his livelihood and perceived upward mobility. When the bike is stolen, the story follows Gui on his quest to get the bike back, and leads him to Jian, a city boy going through his own growing pains. This small portrait of the struggles of two young men from different backgrounds also illustrates a broader picture of China’s unique, rapid development and the human clash of cultures.

From the arid, frigid steppes of Inner Mongolia comes an absorbing tale of hardship, change, and a marriage based on pragmatism, rather than love.The movies titular character, Tuya, is a sheepherder with a husband and children and refuses to follow a new industrialization policy and move into town. When first her husband, and then she, are injured, the pragmatic, robust Tuya must divorce her first husband to find a second who will care for them all. Directed by Wang Quan An, this film tells two stories: one of a woman’s fight to save her family, and another of China’s cultural shift towards modernity.

Set in the frenetic landscape of Beijing’s rapid industrialization and growth, Director Li Yu tells a story of greed, lust, and inequality. Superstar Fan Bingbing plays Liu Pingguo, a woman from rural Northeastern China working in Beijing as a masseuse. Her boss, Lin Dong (an excellent Tony Leung Ka Fai), is a rich philandering gambler and her husband An Kun (Tong Dawei) is a window washer. Their interactions flirt between melodrama and dark comedy, and ultimately raise the question of whether money can buy happiness—and whether the characters will try.

This film by Feng Xiaogang gives viewers a satirical peek into the ineffectuality and confusion of Chinese bureaucracy. This is another role in which actress Fan Bingbing plays a woman working tirelessly to get her sham divorce overturned so that she can then re-divorce her scumbag husband properly and clear her name (he has also accused her of being promiscuous). It’s complicated, but stay with us. To do so, she must incessantly go up against government officials who are either too lazy or too selfish to listen to her pleas. Little do they know, they are dealing with a stubborn woman who will not stop until she is heard by The System.