8 Historical Landmarks to See in Beijing

Whether it’s the Forbidden City in the center, or the Great Wall on the suburb, the historical landmarks in Beijing are always crowded like a potful of dumplings. But if you are interested in the history of the city that has been capital of China for five dynasties (Liao, Jin, Yuan, Ming, Qing) and the modern age, then you’ll have to visit these places at least once in your life. 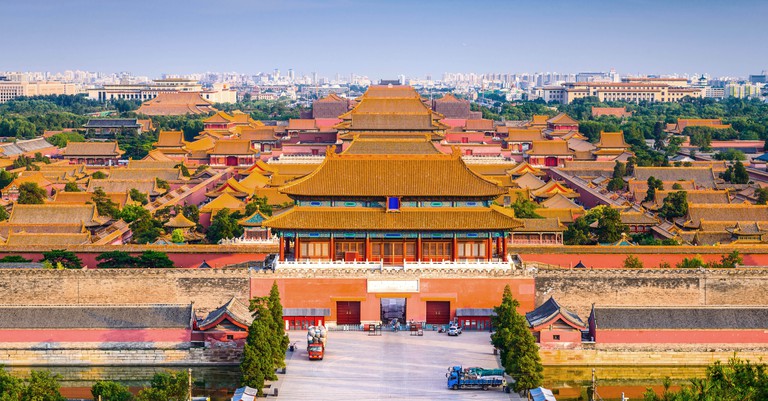 Forbidden City, Beijing | © Sean Pavone / Alamy Stock Photo
Book Now
I know it might be cliché to put The Forbidden City on top of the list, but the grand imperial palace deserves no other spot. Unarguably located in the center of Beijing, it has been the home to Chinese emperors since 1420 in the Ming Dynasty. Walking past its scarlet walls and looking up at the golden roofs against the blue sky, it is as if you can still recall the past glories of China’s imperial families. If you live in Beijing, remember to visit the Forbidden City in snow because no words can describe how beautiful the scenery is.
Open In Google Maps
4 Jing Shan Qian Jie, Dongcheng Qu Beijing Shi, 100009, China
+861085007421
Visit Website
Give us feedback

The Tiananmen (Gate of the Heavenly Peace) 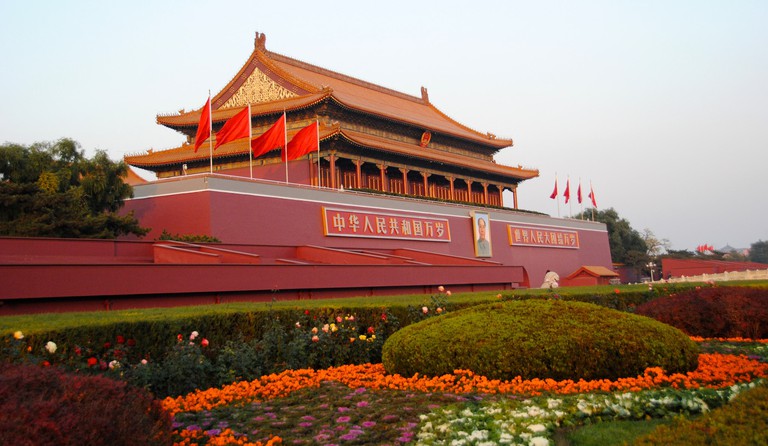 Tian'anmen | © LWYang / Flickr
The Tiananmen Gate used to be the front gate of the Forbidden City in the Ming and Qing Dynasty. Together with the Tiananmen Square opposite to it with the Chang’an Street in between, it witnessed some of the biggest historical events in modern China, including the Founding Ceremony of the People’s Republic of China in 1949, as well as the Tiananmen Square protests in 1989.
Open In Google Maps
Dongcheng Beijing, China
Give us feedback

Book Now
The past place of worship for emperors in the Ming and Qing Dynasty, the Tiantan Park is one of the most beautiful open to the public in Beijing. It would take at least one hour to walk the whole park, under the premise that you won’t be stopped by the amazing green lawn that looks like a chessboard with the shadows of trees projected onto it in the afternoon, or the path right in front of the Hall of Prayers that makes you want to lie down so much at sunset.
Open In Google Maps
1 Tian Tan Dong Lu, Dongcheng Qu Beijing Shi, 100061, China
+861067028866
Visit Website
Give us feedback 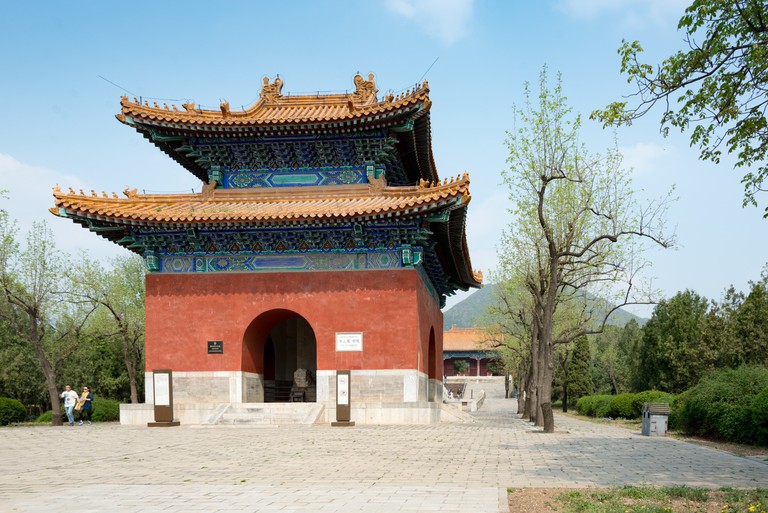 Ming Tombs | © xiquinhosilva/Flickr
Book Now
The Ming Tombs located at the foot of Tianshou Hill in Changping District are the group of tombs for 13 emperors in the Ming Dynasty. Apart from the emperors, also buried are 23 empresses, 30 concubines, two princes and an eunuch. In the Ming Tombs you can see the Changling Mausoleum where the Yongle Emperor rests, as well as the tomb for the Ming Dynasty’s last emperor Chongzhen. Listed as a UNESCO World Heritage, it is one of the best-preserved imperial mausoleum groups in the world.
Open In Google Maps
212 Sheng Dao, Changping Qu Beijing Shi, China
+861060761422
Give us feedback

Legend has it that the Old Summer Palace, known as Yuanmingyuan in Chinese, used to be a 3.5-square-kilometer imperial palace that had absorbed the top-notch garden art from the world, a garden so wonderful that even Victor Hugo called it “the thousand and one dreams of the thousand and one nights”. But we can only imagine its past glory now as it was burnt down by a fire set by the joint British-French army during the Second Opium War in 1860. The ruins of the Dashuifa Site is the Old Summer Palace’s most-visited site nowadays where the history of invasion is remembered.

The Lugou Bridge (The Marco Polo Bridge) | © kaurjmeb / Flickr
“Over this river there is a very fine stone bridge, so fine indeed, that it has very few equals in the world.” It is because of what Marco Polo wrote in his book of travels that the Lugou Bridge became famous outside of China since the 13th-century. Reconstructed in 1698 after damage from the Yongding River, the Lugou Bridge used to be known for its heavenly scenery at the time when the moon is about to set down and leaves shadows on the water under the bridge. But as the water has dried up in recent years, the scenery only exists in legend now. The Lugou Bridge is also the mark of the beginning of the Second Sino-Japanese War from 1937 to 1945.
Open In Google Maps
Fengtai District Beijing, China
Visit Website
Give us feedback

The Great Wall is a series of stone and brick fortifications built east-to-west along the historical borders of China to protect it from invasion of the nomadic groups from the north. Though the construction of the Great Wall had begun as early as the 7th-century B.C.E, the Great Wall we can see today was mostly expanded in the Ming Dynasty. In China there is a saying: “He who doesn’t make it to the Great Wall is no true man.” Indeed, you can’t say you’ve been to Beijing if you haven’t visited the Great Wall. While the Badaling Great Wall is the most famous and crowded section of Great Wall, there are other sections with as good scenery and probably much less people, like the Mutianyu Great Wall.

Building
Facebook
Email
Twitter
Pinterest
Copy link
Share
Map View
Beijing has thousands of hutongs in its old town, but few are as famous as the Eight Hutongs, which used to be the famous red light district of Beijing during the Qing Dynasty and the Chinese Republic. The eight were between the Tieshu Xiejie and the Xizhushikou Street north-south, with the Baishun Hutong on the west and the Lishamao Hutong (now Xiaoli Hutong) on the east. Now of course, the area is no longer a red light district, but you can still find the Yixiang House on the Shanxi Alley, where the lorette Sai Chinhua used to dwell.
Open In Google Maps
Beijing, China
Give us feedback
Give us feedback