8 Chinese Supermodels The Rest Of The World Should Know 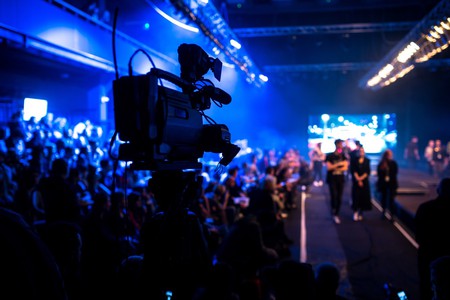 The day of the Chinese supermodel is upon us. Over the past five years, Chinese models have been breaking into the business of high fashion around the world. With the recent debut of the much-anticipated Victoria’s Secret 2017 Fashion Show in Shanghai, there were more Chinese faces featured than ever before (a grand total of seven). In addition to pioneering names like Liu Wen and Du Juan, here are other models you should keep an eye out for.

Also known by her nickname Ming Xi, this Shanghai native got her start as a participant in the modeling contest show “Let’s Go! Eastern Angels” (加油！东方天使) on Dragon TV in 2008. A year later, she was picked up by Elite Model Look, and in 2010 she started walking in the Givenchy couture show in Paris. From there, her career continued to snowball, appearing multiple times in Vogue China. She’s been on the catwalk of the coveted Victoria’s Secret fashion show five times, and has partnered with Michael Kors and Karl Lagerfeld. At the moment, her name is trending online as she tripped during the flashy Victoria’s Secret 2017 fashion show held in Shanghai – but mostly because she took a spill in front of thousands and recovered, all while still looking fabulous.

As many of you may already know, I fell during my 5th year walking at the Victoria's Secret show yesterday. It was no doubt one of the hardest moments I have ever had to go through in my career, especially since the show was taking place in my hometown, in front of my mother's and my people's eyes. However, the support I received from everyone yesterday was incredible and I am truly grateful to everyone who was there for me. @ed_razek Thank you for your supportive words and your continuous support throughout these 7 years. @giizeleoliveira Thank you for helping me up after the fall, it was a very selfless and loving act from you. Thank you to all the girls who rushed to comfort me at backstage after what had happened, you are all family to me. Lastly thank you to everyone who sent and left me supportive messages. I will pick myself up from where I fell, and I will keep going in order to repay all the support you all have given me!! ❤️️#vsfashionshow @victoriassecret

Recently announced as the newest face of Estée Lauder, Fei Fei Sun has been strutting the catwalk for years, but is now rocketing to international fame. Born and raised in Shandong, China, she started her modeling career in 2008 when she represented China in Elite Model Look, one of the world’s most influential modeling contests. She made her international runway debut during London Fashion Week in February 2010, walking for Christopher Kane. In 2012, Sun became the first East Asian face to represent Valentino.

This low-key beauty has had a rather illustrious career, although her name does not yet carry international weight. Not only has she walked for the Victoria’s Secret Fashion Show seven times, she was also the first Chinese face for the Shisheido makeup and has walked down the runways of many high fashion labels. After this most recent Victoria’s Secret show, this Wenzhou native is set for even more international attention.

This fresh face was discovered in a shopping mall in her hometown of Guangzhou. She did domestic modeling while finishing college, and was then promptly scooped up SMG Model Management and made her 2015 debut by walking the Burberry catwalk. From there, she modeled for Stella McCartney, Alexander McQueen, Dolce & Gabbana, Dior, and Hermes. Her bubbly personality and innocent/sophisticated look ensure her career is only moving upwards from here.

Shot this pics during Paris fashion week this month. Good memories for me …❤️

Born in Kaifang, Henan province and discovered in New York City, Shu Pei Qin started walking for the greats like Christian Dior, John Galliano and Vivienne Westwood in 2008. The long-legged beauty then became a popular presence in Vogue China and was the face of Vera Wang. She later broke into acting, starring in the romantic comedy “Oh my God,” produced by famous actress, Zhang Ziyi. She also happens to be married to one of China’s most famous pop stars, Edison Chen, with whom she recently had a baby daughter.

Xiao Wen Ju hit the circuit in 2011 with an impressive breakout season walking for DKNY, Hermès, Prada, Rochas and more. She also made history the following year by becoming the first model of Chinese descent to become the face of Marc Jacobs in 2012 and in 2016 became the face of L’Oreal Paris. Born in Xi’an and based in New York City, she has become known for her incredible exuberance that radiates out into her photos and her social media account.

This 22-year-old model made her debut on the Victoria’s Secret 2017 catwalk and her name has since been bandied around the internet. However, the native of Guangdong Province has already walked the Miu Miu Resort 2016 show, covered T Magazine China, and appeared in editorials for Vogue China and VogueMe. Keep an eye out for her name in the future, it’s sure to start popping up in the pages of even more glossies.

This unconventional beauty worked hard to break into the modeling business, and the struggle has paid off. She has not only walked for almost all of the top fashion designers, she has also recently been featured in H&M’s latest Autumn 2017 beauty campaign.