7 Hit Songs You Should Sing at KTV 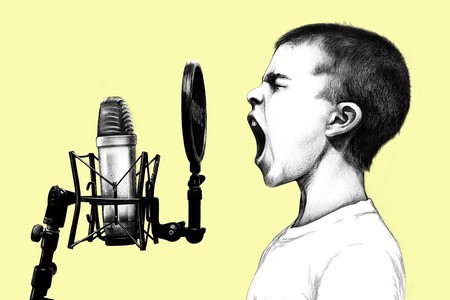 7 Hit Songs You Should Sing at KTV | © freeillustrated / Pixabay

KTV, or karaoke box, is one of the favorite entertainment venues of Chinese people. Living in China, there’s a high possibility that you’ll be invited to your Chinese friends’ karaoke parties. Though a lot of Chinese go to KTVs to sing their preferred songs, which varies from person to person, there’s a repertoire of warm-up songs that almost every karaoke-goer in China is familiar with. Check out what these songs are and prepare to blow your Chinese friends’ minds next time by singing along!

“Ai Qing Bu Shi Ni Xiang Mai, Xiang Mai Jiu Neng Mai (Love is not a thing to sell when you want to buy).” Though the first line of the cheesy love song’s chorus doesn’t really make any sense, it didn’t stop amateur singers from howling it out at karaoke boxes as a way to warm up their voices. The song’s straightforward lyrics, that show a woman’s resentful love towards a man, and its stirring melody made it a household song in tier II and III Chinese cities since 2009.

The phenomenal Mandarin TV drama in 1998, the Princess Pearl, brought overnight fame to not only a group of young actors and actresses, but also the Taiwanese rock duo Power Station, who contributed to the TV series’ theme song, ‘当 (When)’. Ask around your Chinese friends, and you can hardly find one who doesn’t know the string of soul-stirring ‘Ah~~~’ in the beginning of the song.

情深深雨濛濛 Romance in the Rain

Similar to the last song, ‘Romance in the Rain’ is also imprinted in minds of the post 1980s and 1990s generations in China because of a Qiong Yao romantic TV drama, this time a drama with the same name based in the Republic of China era. As the drama’s theme song, ‘Romance in the Rain’ was known for its melodious tune and poetic lyrics. It was sung by the drama’s leading actress, Zhao Wei, who is famous for her high pitch.

最炫民族风 The Most Dazzling Ethnic Trend

‘The Most Dazzling Ethnic Trend’ by the famous pop duo Phoenix Legend successfully dazzled the public when it was released in 2012, thanks to its easy-to-sing-along tones and its popularity, particularly among the Chinese aunties who used the song to soundtrack their square dancing. The Phoenix Legend, made up of a female vocal and a male rapper, has a high yield of hit songs, despite them usually being mocked by karaoke goers as an “agricultural metal group”.

The song by the Taiwanese rock band Shin is another song that karaoke goers sing at the beginning to warm up their voices while bringing the party to life. The chorus, performed by the band’s vocalist, Shin, with his distinctive, sonorous high pitch, is difficult for amateur singers. But you are wrong if you think they’d be defeated by the difficulty – it’s actually the more off-key the merrier at the KTV boxes.

With this song, all words are redundant. Just click on the video below and you’ll find out why it became a hit song in China. Netizens were amused by how the folk singer, Gong Linna, performed the lyric-less song in the 2010 video. But according to Linna, the song, created by her husband, German musician Robert Zollitsch, is a serious piece of work that mixes the elements from traditional Chinese operas like Peking Opera Luogu Jing (an onomatopoeic system that uses verbal syllables to represent percussion sounds with indication of instruments), and traditional Chinese musical instruments sheng, flute, and Chinese dulcimer. Linna improvised during every performance of this song, so there’s a new version of the song every time she performs, which she believed echoed to the song’s title, ‘Up and Down’ (literally meaning ‘perturbed’ in Chinese). The song is so impacting that the Chinese Basketball Association (CBA) issued a ban in 2011 against home teams using the song as background music to distract visiting teams.

Either it’s because of the brain-washingly repetitive “Resisting obscenity, resisting gambling, resisting obscenity, gambling and drugs” lyric in the chorus, or the music video flooded with the straightforward footage of how carefree life is without obscenity, gambling and drugs and vice versa, the song produced by the Beijing Municipal Public Security Bureau to control law-breaking behaviors in KTVs is one karaoke goers find addictive. For them, it is an oath on beginning their karaoke parties.