The 7 Most Fascinating Chinese Myths and Legends 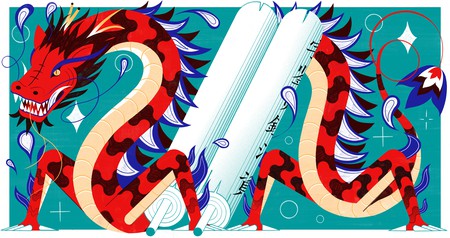 For more than 2,000 years, the Chinese have created stories to make sense of disasters and upheavals they’ve encountered. Blending myriad religious, philosophical and folklore traditions, these myths and legends continue to capture the imagination.

These fascinating Chinese myths and legends explore, among other things, how the world was kept upright on the legs of turtles; why nine suns toasted the surface of the Earth; how magpies bridged the realms of the sacred and the profane. And it all starts, with a long, long time ago…

Having been dispatched to earth, the half-human, half-snake goddess Nüwa found herself utterly alone living on the heights of Mount Kunlun in northwestern China. In a stroke of genius, she moulded clay figurines and breathed life into them.

Soon after, there was chaos. Wildfires and floods eradicated the natural habitats of animals; beasts grew desperate and consumed mankind; the sky had collapsed and crashed into the earth; demons were unleashed.

Sympathetic towards her non-biological offspring, Nüwa came to mankind’s aid. She sectioned off the legs of the giant turtle Ao (鳌) to hold up the sky and built dams to stop the rivers from flooding. After some pretty tiresome work, Nüwa finally restored order to the human society she created – an important basis for the ancient ruling class to embody the status of semi-divine agency and establish absolute sovereignty. 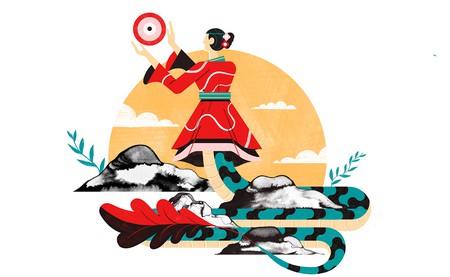 A timeless love story: the weaver girl and the cowherd

In Chinese mythical traditions, the status quo generally denounces ‘intergalactical’ relationships, and those who tamper with such rules suffer great punishments – often not death itself, but lifelong separation.

This is the tale of the weaver girl and the cowherd. The former was an immortal fairy who descended to earth for a rendezvous, fell in love and even started a family with a humble cowherd. Torn between celestial and earthly existences, she was eventually summoned home with permission to see her husband and two children only once every year, over a bridge of magpies.

Their reunion is marked on the seventh day of the seventh month in the lunisolar calendar, also known as the ‘Chinese Valentine’s Day’. The weaver girl and the cowherd are symbolised by the two brightest stars in the Summer Triangle, Vega and Altair, which can be observed on a clear night in the northern hemisphere around this time of the year.

Kindred spirits: the story of Boya and Ziqi

Sometime between the eighth and fifth century BCE, when ‘China’ was an incoherent concept comprising a handful of warring states, there lived a musician called Boya. He was renowned for his expertise in gǔ qín (古琴), a portable string instrument that befitted the life of a reclusive wanderer. One day, a woodcutter named Ziqi passed through his realms. Upon hearing his tunes, Ziqi nodded contemplatively, “There are high mountains and flowing waters in these notes you play.” Boya paused right there: never had anyone understood his music so keenly before! The two remained companions, but Ziqi eventually fell ill and passed away. A swansong later, Boya tore the strings of the instrument, and swore to never play again.

To this day, the expression ‘zhī yīn’ (知音), literally translated as ‘[he/she who] knows the tune’, is still used to describe close friendships.

The legend of Mulan, as popularised by Disney, is one version of female emancipation in ancient China: women sometimes had to disguise themselves as men to get things done. This also serves as the premise of a love story between Yingtai and Shanbo. Set some time between the third and fifth century CE, our heroes met at a private school in eastern China. The two were equals in their intellectual pursuits and treated each other like brothers, except unbeknownst to Shanbo, Yingtai was actually female.

When Yingtai finally revealed her identity and feelings towards Shanbo, the latter was flabbergasted. He finally came to terms with his own emotions – a little too late in the course of the story – for Yingtai was betrothed to a wealthy merchant. Grief overpowered Shanbo, deteriorated his health, and the hero passed away prematurely. Upon visiting Shanbo’s grave en route to her own wedding, Yingtai struck her head on the headstone and died. Butterflies emerged – a sign that the two souls were reunited in the afterlife.

Teamwork at its best: the Eight Immortals crossing the sea

The Eight Immortals, in Taoist as well as secular traditions, are said to embody a microcosm of an idealised human society. The elderly, the young, the disabled and the sexually ambiguous join forces on many occasions to combat obstacles of universal proportions.

At one such time, en route to the annual extravaganza celebrating the Queen Mother of the West’s birthday, known as the Party of the Magic Peach, the Eight Immortals confronted a turbulent stretch of water. They clearly had to work out some magic together to make the crossing.

The mischievous bunch took a hard stare at their attributed vessels: a crutch, a flower basket, a feather fan, a paper mule… could these objects transform into amphibious vehicles and ferry the crew over? The answer, the legend goes, is yes. The Eight Immortals arrived as a team in style, and held their heads high among other party-goers.

Lessons in excess: Houyi and Chang’e

This troubled couple undoubtedly had their lessons in excess. Both were mortals to begin with. Houyi was tasked with the monumental duty to shoot down the nine suns that had been scorching the earth, causing famine, diseases and other unimaginable havoc. An exceptional archer, Houyi was enjoying himself as he aimed for the ninth sun. “Wait there!” the emperor implored just in time, and asked Houyi to spare the last sun and, with it, all the lives on Earth.

Having completed other heroic deeds, Houyi returned home with the elixir of immortality (a reward from the gods). His wife, Chang’e, swallowed this in one gulp, and was condemned to solitary confinement in the Moon Palace, accompanied by none other than a drug-churning hare.

The date happened to be the 15th day of the eighth month in the lunisolar calendar, now known as the Mid-Autumn Festival celebrated across countries in Asia. In China, mooncakes mirroring the full moon are commonly consumed on this day as a way of remembering loved ones far away. 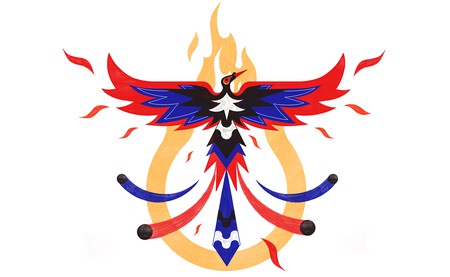 All perspectives are valid: earthly creatures discuss the great Peng

The third-century Taoist philosopher, Zhuang Zhou, took bamboo slips and scribbled descriptions of the mythical creature Peng, a great bird that can change into a giant whale. To the eyes of mortals, it is futile to try to distinguish where Peng’s wings and flippers begin, and where the sea or the sky ends.

As Peng migrates south to the Lake of Heaven, aloof and unaware of the spectacle it generates, commentaries are rising up from the mouths of earthly species. “Travelling for me means jumping from one hedgerow into another,” mocked the quail. “As for me, I am quite content with going up the sappanwood tree,” echoed the cicada. All fall on deaf ears, as the Peng has to circle the solar system to complete its journey. Yet, since these observations are relevant to the size of the commentator, it also seems to the author that all perspectives are equally valid. This is how the universe may continue with its endless vibration – in true Taoist fashion.