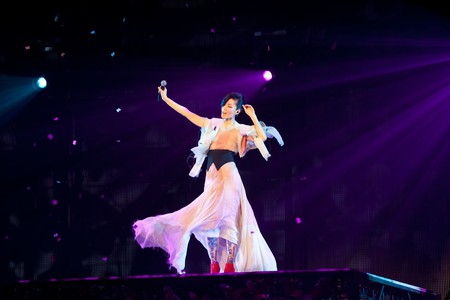 As the capital and cultural center of China, Beijing is the most popular place for celebrities to set up home. There are constant reports from netizens about famous people spotted on the streets, in restaurants and in shopping malls. Below are the famous faces living in Beijing you might spot on your travels.

There are few celebrities who can make the whole of China, regardless of age and gender, go wild thirty years after their debut, and China’s top diva Faye Wong is such a legend. The Beijing-born musician rose to fame in Hong Kong in the 1990s, and is especially known for her fluid and melodic voice and not-giving-a-damn character. Despite her random release of new songs, every new track of hers is unsurprisingly a hit. You might bump into her in restaurants near Liangmaqiao and Workers’ Stadium – a number of her friends have opened restaurants there.

Yes, the internationally famous Chinese director lives in Beijing too. As with most other Chinese celebrities, Zhang owns a villa in secluded area in suburban Beijing – but it’s of course impossible to meet the director if you don’t own a property in the compound. Still, you might meet him in Beijing’s restaurants, like this Chinese netizen who bumped into him when he visited a restaurant to check out his daughter Zhang Mo’s film shooting. Or at least you can count on his movie premieres held in Beijing, where you can meet him in person and maybe even ask him a question. 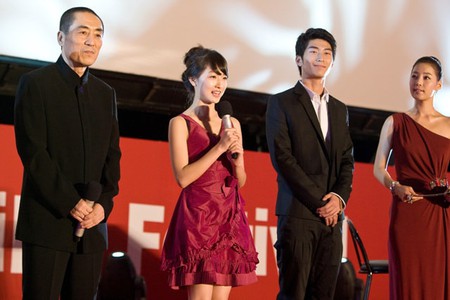 The ‘Father of Chinese Rock’ Cui Jian was a legendary figure of his time, not only among rock n’ roll fans, but also idealist Chinese in the 1980s and 90s. His most influential song, ‘Nothing to My Name’ in 1986, awakened the young generation who were disillusioned and lost, and is even believed to have a revolutionarily political metaphor. The rock legend is said to still live in a tube-shaped building in Xibahe. This type of building was an iconic residential building in the 1980s in China, with dozens of households living on the same floor sharing the same bathroom and kitchen. It was nicknamed tube-shaped building because the shape of each floor looks like a tube. 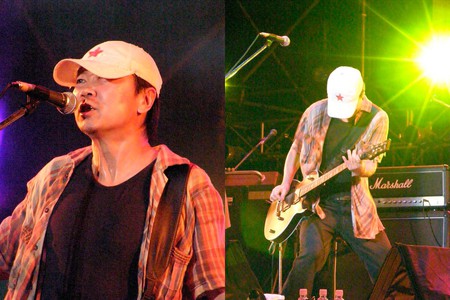 You can hardly comment on Dou Wei’s music, because he is always experimenting and exceeding his limits, from the rock legend from the Black Panther band at the end of 1980s, to the post punk style in his 1994 album Black Dream, to the now impossible-to-define works that completely focusing on the expression of his inner world. From time to time there are netizens talking about bumping into Dou at a park or on the subway, but usually they tend to leave him be because they admire his talent too much so that they prefer not to disturb his private life.

Check out Dou’s 2013 album Yang Jin Mantra below (be sure to support the official album if you are interested in his music).

Chinese contemporary artist and political activist Ai Weiwei is world famous for his works that respond to sensitive social issues in China, such as Sunflower Seeds and 4851 . The artist is also a famous social media addict, who non-stop posts on his Instagram on a daily basis. You can sometimes spot his studio at Caochangdi, a famous art district in Beijing which is close to the 798.

The businessman, online celebrity and the only son of Chinese billionaire Wang Jianlin is always at the center of controversy thanks to his outspoken remarks on social media, and his cynical displays of behavior such as buying two gold Apple watches for his pet dog Coco. Wang is the ultimate version of China’s Fuerdai, children of the nouveau riche in China who are known for their individualism and hedonism. If you are lucky enough (or rich enough), you might bump into Wang at a prestigious night club in Beijing, but you can forget about becoming friends with him if you are neither a Fuerdai nor buxom.

Yes it sounds like a joke – you can’t possibly meet the top political leader of China though he lives in the same city as you. But if you strike it lucky, you may still get a chance to bump into him in a local steamed bun shop like these lucky folk (you never know).