7 China-Based Comedy Troupes and Clubs You Should Know 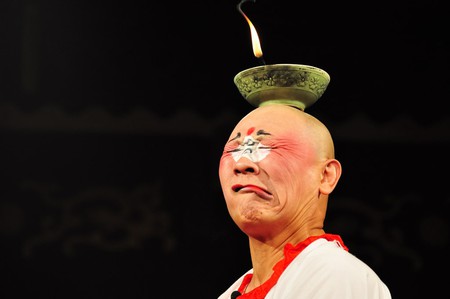 Whether you’re looking for something traditional or something groundbreaking and cross cultural, China has an improv troupe or comedy club for you. If you’re up for a few laughs, these are the people and places you have to check out.

There are few bigger names on the China expat comedy scene than Mamahuhu. Once a Youtube channel with a humble following, Mamahuhu came back big time in 2017 with fresh digital takes on everything from expat-local relations to hailing a Didi (Chinese Uber). Today the innovative comedy team has nearly 150,000 Youtube subscribers, tens of thousands of WeChat followers, and regular features on the Shanghaiist. Mamahuhu, which takes its name from the Chinese phrase meaning ‘so so,’ only continues to grow in popularity thanks to its satirical, absurdist takes.

Behind the scenes on tomorrow's brand new episode! Can you guess the plot? #mamahuhu

Shanghai’s premier improv comedy troupe, People’s Republic of Comedy (PRC) isn’t afraid to compare itself to the godfathers of improv, Second City and Upright Citizens Brigade. Of course, there will always be something unique about improv performed by full time Shanghai residents and inspired by input from audience members, who love satirical descriptions of the challenges that Shanghai presents its foreign residents. Though PRC doesn’t exactly put on the kind of show you’d want to take your parents to, the troupe embraces its silliness, producing genuine belly-aching laughs from the audience.

Kung Fu Komedy (KFK) has a close relationship with Mamahuhu, as many of the comedians work double time for both troupes. KFK is much more old school, however, occupying a brick and mortar club in Shanghai. Founded in 2010, KFK is one of the city’s oldest comedy clubs, keeping the laughs coming by hosting big name headliners from around China and the world. Even the resident comedians bring the house down, many of them offering bilingual shows.

THANKS FOR ALL who came to my 1st headline show. Can’t believe it’s SOLD OUT. Now I’ll have to dream bigger 💕 #appreciation#standupcomedy#headlineshow#funnight#checklist#soldout#thanksall#dabestcrew#shanghai#kungfukomedy#saturdaynight#waytogo#keepuptheadventure

Beijing’s answer to improvisational comedy is the aptly named Beijing Improv (BJI). BJI has been producing monthly comedy shows and weekly comedy workshops since 2007. It consists of two groups, the Mainstage English Players and the Bilingual Improv Group. It is the latter group that offers the weekly workshops. BJI is also a non-profit, donating all its proceeds to international theater NGO, Huadan.

Though nearly all of mainland China’s comedy is centered in Shanghai and Beijing, the traditional comedy offered in other cities can’t be underestimated. While Peking Opera is less approachable in its elevated performance style, Sichuanese Opera is almost a circus in its wide range of acts performed. At Shufeng Sichuan Opera House in Chengdu, guests are treated to a mix of comedy, musical performance, and acrobatics. Chinese style comedy is a bit more slapstick than foreigners are used to, however, those who give it a chance don’t soon forget it.

Shanghai’s other stand up comedy club may not have a permanent home like Kung Fu Komedy does, but it never fails to put its audience members in stitches. One of the funnest ways to get hooked on Shanghai Comedy Club is at their open bar, open mic nights. For a nominal fee, enjoy the sometimes off-color jokes of comedians who are still tweaking their sets. And when the alcohol flows as freely as the laughs, it’s sure to be an unforgettable night.

The Beijing-based US-China Comedy Center (USCCC) is the brainchild of American expat Jesse Appell, a former Fulbright scholar who is well-versed in Xiangsheng, or ‘crosstalk’, China’s most popular traditional comedy style. According to USCC themselves, the club ‘aims to support local comedians by being a grassroots comedy venue and to help the Chinese and foreign communities striving to make comedy work across cultural borders.’