5 Things You Should Know About Chinese Director Lou Ye 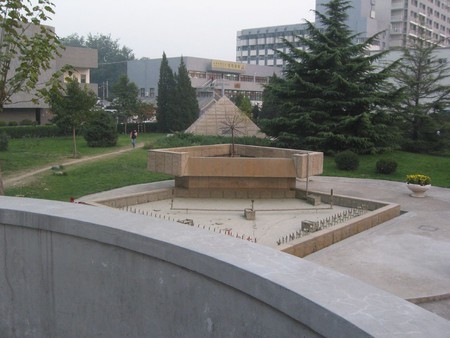 Lou Ye is a Chinese film director who started making his first films after graduating from the Beijing Film Academy. The visionary tends to contest China’s censorship laws and is one of the most controversial directors around today. Through his films, Lou hopes to bring to light his interpretation of social issues of the marginalized in the Chinese society.

He is well trained

As a student who was enrolled in the Beijing Film Academy in the 1980s, Lou Ye was part of the first wave of filmmakers to be exposed to Chinese and Western film history. The open learning about films of other than the Chinese culture inherently influenced Lou’s films. He is recognized as a sixth generation filmmaker; the assemblage known for focusing on contemporary social issues disillusionment, rebellion and dissatisfaction. Marginalized communities are usually the focus and are often portrayed via amateur actors figuratively through the film as well as symbolically. True to classification, Lou has explored topics like the everyday life of the blind in Blind Massage (2014) and gay-themed Spring Fever (2009) to name a few.

Since the start of his career as a filmmaker in 1995, Lou has tried to circumvent the Chinese authorities multiple times to get his films screened. He has received two bans on filmmaking for a total of seven years to date. The first ban happened because Suzhou River (2000) was screened at the International Film Festival Rotterdam without approval of government censors. The result was a restriction on filmmaking for two years. The second ban was in 2006 where Summer Palace (2006) was submitted to the Cannes Film Festival before clearance by the Chinese authorities. The consequence was a five year ban for both Lou as well as producer Nai An. Despite the bans, Lou continues his passion through transnational law weaknesses that allows him to continue producing films overseas.

He believes popularity should come through quality films

In a culture like China’s, authoritarian flagging of films is no longer a taboo for filmmakers. On the contrary, filmmakers experience heightened popularity for challenging conservative mindsets. Examples of filmmakers who have gained through such moves include Zhang Yimou, Wang Xiaoshuai and Jiang Wen. Despite being touted as one of the most controversial of filmmakers, Lou wishes for his films to be judged independent of every such stir. The integrity of his films is based solely on his passion and perception, and the nonconformist elements were never planned in order to boost his popularity.

He sticks to his beliefs

Chinese censors tend to be suffocating in many ways for filmmakers particularly when it comes to public showcase. In the many compromises made for films to be authorized, films may lose its essence. For this, Lou has his own ways of rebelling. For Mystery (2012), the State Administration of Radio, Film, and Television (SARFT) of China requested multiple edits for the film that it almost did not make its premiere. Lou was so frustrated that he decided to remove his name to the film as it was not fully what he meant for the film to be after edits. Many other directors saluted the move after as they agreed in tandem that they could never do the same.

His films are worth watching

Lou’s films provide insights into social issues through script, screenplay and cinematography. If his eagle-eyed focuses on problems in China are not enough to pick the films up, perhaps his awards will shed some light on the quality of his films. Some of his major awards at film festivals include the Werner Fassbinder Award for Best Direction at the 1996 Mannheim-Heidelberg Film Festival for Weekend Lover (1995), Tiger Award at the 1999 International Film Festival Rotterdam for Suzhou River (2000) and Prix du scénario award at the 2009 Cannes Film Festival for Spring River (2009). For the cherry on top, his efforts in fighting for his films ought to also show how much they are worth fighting for.