6 Historical Landmarks to See in Macao 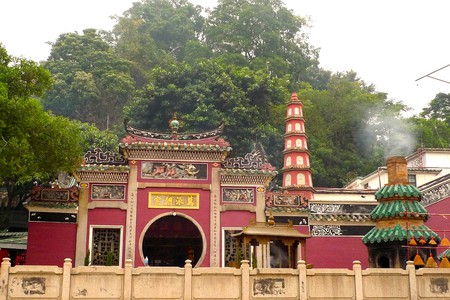 Macao has long been the city where East meets West – rendering it a place of great historical value. It was the first and last European colony in China and represents over 400 years of Chinese and Western cultural exchange. In 2005, the historic centre of Macao was listed as a UNESCO World Heritage Site. Its heritage is extremely well preserved and offers many opportunities to visit the monuments and landmarks that define this city’s unique and fascinating history. 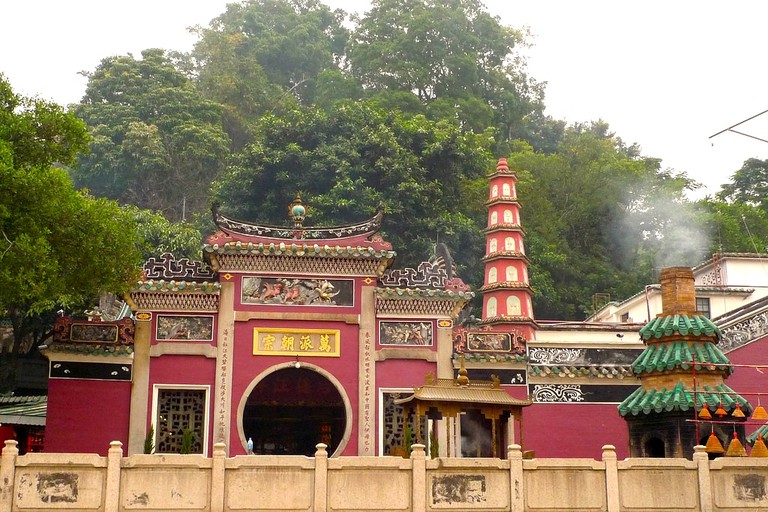 A-Ma Temple | © Blowing Puffer Fish / Flickr
A-Ma Temple is believed to be the temple from where Macao’s name is derived. It’s the oldest temple in the city and is dedicated to the goddess Mazu, protector of seafarers and fishermen. The temple consists of the Gate Pavilion, the Memorial Arch, the Prayer Hall, the Hall of Benevolence, the Hall of Guanyin, and Zhengjiao Chanlin (a Buddhist pavilion). The variety of pavilions dedicated to the worship of different deities in a single complex make A-Ma Temple an exemplary representation of Chinese culture inspired by Confucianism.
Open In Google Maps
Give us feedback 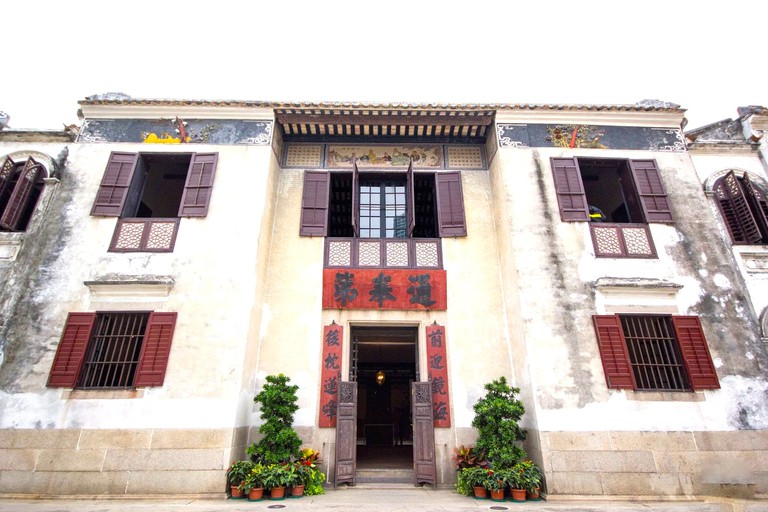 Mandarin's House, Macau | © Macao Government Tourist Office
Built around 1869, the Mandarin’s House is a remarkable historic residential complex. Occupying an area of 4,000 square metres (43,055 square feet) spread over 60 rooms, a house of this scale in Macao for one family is considered very rare. It was the former ancestral home of Zheng Guanying, an influential author-merchant whose readers included emperors Dr. Sun Yat-sen and Chairman Mao. The house has the characteristics of traditional Chinese period buildings, yet it also features a fusion of architectural influences from Western cultures, making it a unique product of Chinese and Western cultural interchange. The compound features a moon gate, tranquil courtyards, exquisite rooms and a main hall with French windows. Restoration work on the house was completed in 2010, with the basic original image of the complex being presented.
Open In Google Maps
Visit Facebook page
Give us feedback 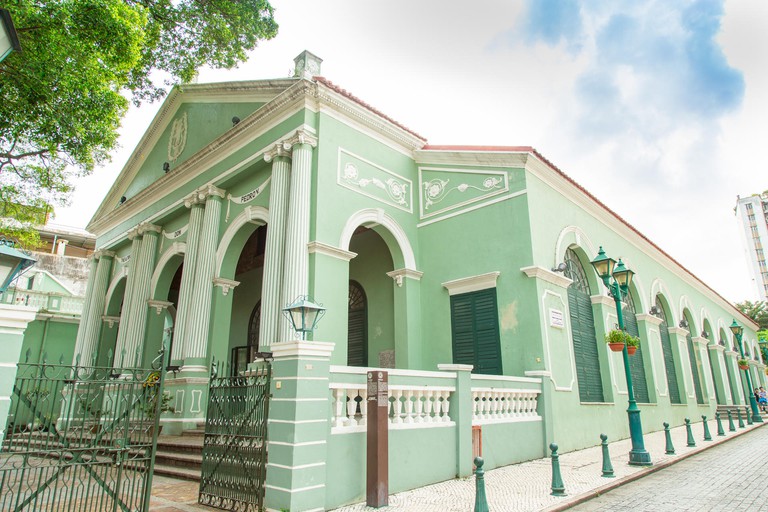 Dom Pedro V Theatre in Macau | © Macao Government Tourist Office
Built in 1858, it’s the oldest theatre in Macao and was the first Western-style theatre to open in China. This striking green and white neoclassical theatre was designed by a Portuguese architect and today remains a highly significant cultural landmark among the local community. It still serves as a venue for important public events and celebrations. Originally, the theatre was a venue for mainly drama, opera, concerts and local high-society activities. It had a stint as a cinema, too, and thereafter became the venue for “Crazy Paris Shows”, featuring adult entertainment. However, the theatre was restored in the late 1980s by the government and was listed as one of the historical buildings of the Historic Centre of Macao, which was listed on the World Heritage list by UNESCO in July 2005.
Open In Google Maps
Give us feedback

Located in the heart of Macao’s famous town square, the building formerly known as Leal Senado (Loyal Senate) was built in 1784 and was Macao’s first municipal chamber and is still home to Macao’s municipal council. The building is neoclassical in design and has retained all of its original master walls and primary layout, including the courtyard garden in the back. Today the building houses a gallery holding regular exhibitions on the ground floor, a public library storing old foreign books from between the 17th century and mid-20th century, and an auditorium with a chapel. At the back of the building there is a relatively quiet Portuguese-style courtyard with a flower nursery in the shape of a celestial globe and a bust of the Portuguese poet Camoes. 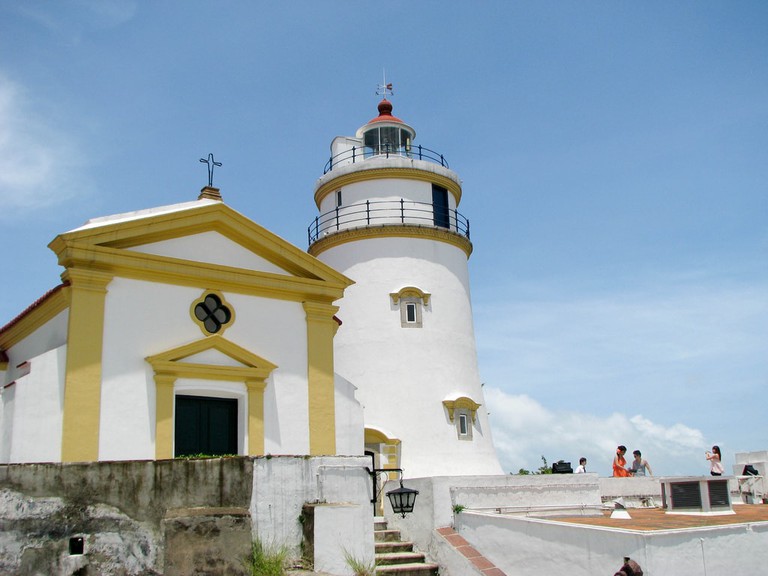 Forte da Guía, Macau | © Eduardo M. C. / Flickr
As the highest point on Macao peninsula, Guia Fortress offers panoramic views of the city and is reachable by cable car via the Flora Gardens below. At the top is the stunning Chapel of Our Lady of Guia, built in 1622 and established by Clarist nuns, it has retained almost all of its original features. The murals in the chapel depict representations of both Western and Chinese themes, a perfect example of Macao’s multicultural history. Next to it stands Guia Lighthouse. Built in 1864, it’s the oldest modern lighthouse on the China coast. The Fortress along with the chapel and lighthouse are symbols of Macao’s maritime, military and missionary past.
Open In Google Maps
Give us feedback

Arguably Macao’s most famous landmark, the Ruins of St. Paul’s is an iconic stone façade, the remains of what used to be the greatest of Macao’s churches – the complex of St. Paul’s College and the Cathedral of St. Paul – built in the 16th century, but burned down in 1835, leaving only its very large and beautiful façade. The church was one of the greatest monuments to Christianity in Asia, and was acclaimed as “The Vatican of the Far East”. Its existence was meant to express the triumph of the Roman Catholic Church through the ornate grandeur of the buildings. At the rear of the façade, a staircase enables you to climb up to the windows to get a closer look at the stone carvings and to enjoy a panoramic view of the city below. The Museum of Sacred Art and Crypt was built at the bottom of the ruins in 1996 and houses many religious artifacts.