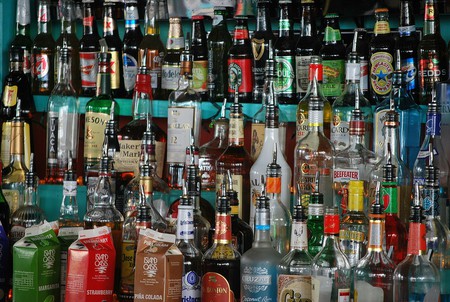 Some of China’s top poets were also infamous drunks. So much so, that they wrote extensively about drinking while getting inebriated. Below is our pick of five drunken poems and the accompanying Chinese liquor to chug it down with.

‘Drinking With a Gentleman of Leisure in the Mountains’

I am drunk, long to sleep;
Sir, go a little—
Bring your lute (if you like)
early tomorrow!

A quick way to get drunk for cheap, erguotou is a form of baijiu or Chinese white liquor made from sorghum. Popular with blue-collar workers, it will give you a good time for little more than 50p. 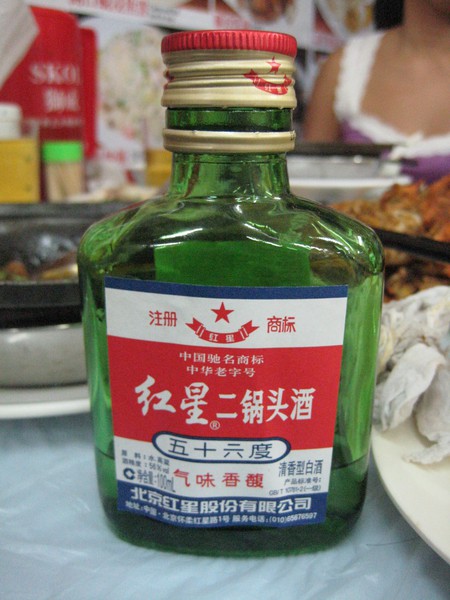 A cup of wine, under the flowering trees;
I drink alone, for no friend is near.
Raising my cup I beckon the bright moon,
For he, with my shadow, will make three men.
The moon, alas, is no drinker of wine;
Listless, my shadow creeps about at my side.
Yet with the moon as friend and the shadow as slave
I must make merry before the Spring is spent.
To the songs I sing the moon flickers her beams;
In the dance I weave my shadow tangles and breaks.
While we were sober, three shared the fun;
Now we are drunk, each goes his way.
May we long share our odd, inanimate feast,
And meet at last on the Cloudy River of the sky.

The real thing has to come from the town of Maotai in China’s Guizhou province. It’s also a form of white liquor or baijiu made from sorghum, but way more upscale than erguotou (above), costing over a hundred pounds for 500ml. 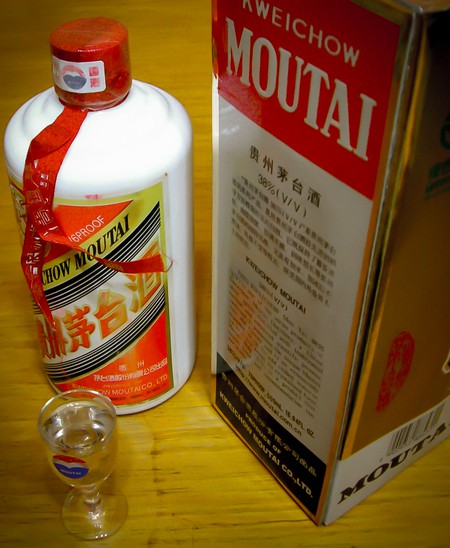 ‘Waking From Drunkenness on a Spring Day’

Life in the world is but a big dream;
I will not spoil it by any labour or care.
So saying, I was drunk all the day,
Lying helpless at the porch in front of my door.

When I awoke, I blinked at the garden-lawn;
a lonely bird was singing amid the flowers I asked myself,

had the day been wet or fine?

I asked myself, had the day been wet or fine?
The Spring wind was telling the mango-bird.

Moved by its song I soon began to sigh,
and, as wine was there, I filled my own cup.
Wildly singing I waited for the moon to rise;
when my song was over, all my senses had gone.

Facing my wine, I did not see the dusk,
Falling blossoms have filled the folds of my clothes.
Drunk, I rise and approach the moon in the stream,
Birds are far off, people too are few.

Wuliangye is made from five organic grains: Proso millet, corn, glutinous rice, long grain rice and wheat. The ingredients in this drink almost make it sound healthy, so combine it with the falling blossoms and chirping birds for that rural feel of spring. 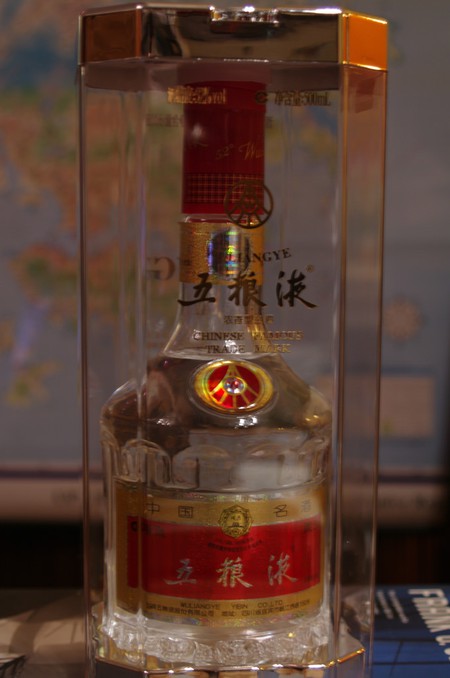 The winds cut, clouds are high,
apes wail their sorrows,
The air is fresh, sand white,
birds fly in circles;

Autumn’s each faded mile
seems like my journey
To mount, alone and ill,
to this balcony;

Life’s failures and regrets
frosting my temples,
And wretched that I’ve had
to give up drinking.—Du Fu, translated by Arthur Waley

A favourite drink of the poet Du Fu, Fenjiu is, therefore, an apt choice for his poem above, which is basically about how grim life is without liquor. One of the oldest beverages in China, it originates and is still made in Xinhua (Apricot Flower) village, Shanxi province. The taste is light and refreshing, with hints of peach, to remind you of how ‘sweet’ life is when you don’t have to ‘give up drinking’.

The wine, the song, life goes on —
But for how long?
It evaporates, to our dismay,
Like the morning dew, day after day.
Ambition and aspiration sustain me,
But a secret thread of grief worries me.
How can I brush it aside
But by drowning it in wine?
Scholars, scholars, where are you?
Years I have chanted the song of yearning —
But would you ever come over to me?
Deer are calling from the field, grazing
On the tender marsilea.
Let my house be graced with a learned visitor,
I will have music played in his honour.
But he is as bright as the moon,
And how could I make a moon stay?
Here my sorrows surface and swell,
And refuse to go away.
Talented friends, whom I love, I treasure,
For a rendezvous no journey is too long!
Would you mind coming, to our meeting,
To our feast, back to old-days’ feeling?
The stars so dim, the moon so bright,
Southbound birds are flying, circling
Round and round over the tree —
On which bough are you alight?
The water can never be too deep,
And the mountain too high.
When an open-minded king calls for talent,
It is him the would must stand by.

Either Cao Cao, a famous warrior in Chinese history, had a bad handle on time, or he was being ironic when calling his poem ‘short’. The poem is pretty intense, so we reckon you need a chilled and light one to neutralise all that emotive rhetoric. 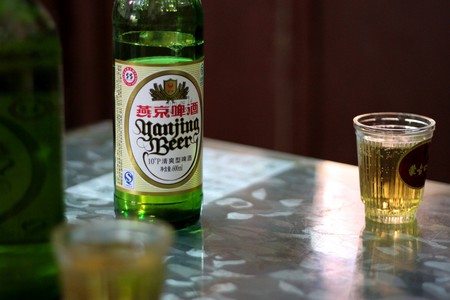