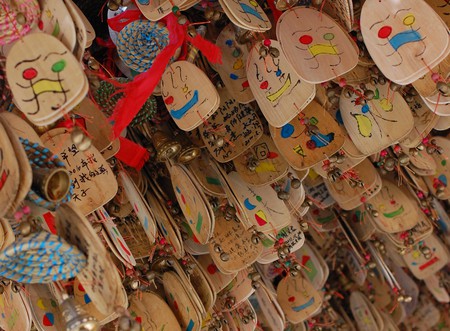 Yunnan province is well known in China for being a bit different. From the downright weird to the enchantingly beautiful, these places are like nothing you’ll see anywhere else in the country.

Kingdom of the Little People

On the east side of Kunming city is a residential amusement park that celebrates dwarfism. In China people with disabilities still face a lot of discrimination, particularly in the workplace, and for people with visible differences such as dwarfism, it can be almost impossible to find work outside of the entertainment industry. Hence, the Kingdom of the Little People was created by wealthy investor Cheng Mingjing, to give people with dwarfism a home as well as a way to earn some income. The village charges admission prices and visitors can come in, have a look around, and watch a show performed by the residents. Is it ethical, or exploitative? The answer depends upon who you ask. Many employees at the park say they enjoy the sense of community they feel living together with other people with dwarfism, and that they had previously been unable to find satisfactory work. Others compare the park to a zoo, and argue that it is nothing more than a glorified sideshow act. 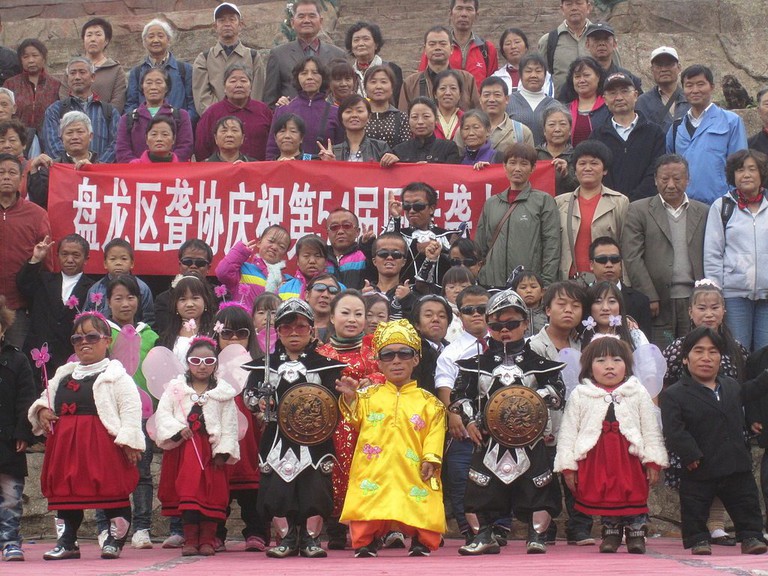 The “Hot Sea” of Tengchong

Tengchong, on the border of Burma in southwest Yunnan, is the home of several dormant volcanoes and an amazing amount of underground geothermal activity which has resulted in some tremendous hot springs. In fact, Tengchong is one of the three most geothermically active areas in all of China, and The Hot Sea (热海) is a park where geysers shoot out of the rocks and some of spring fed pools are literally boiling hot (raw eggs are sold at the entrance of the park and visitors can boil the eggs in the water). The largest of these is the “Boiling Pot,” which is five meters deep and its temperature can reach up to 97 degrees Celsius. Guests can take a dip in the (non-boiling) pools at the Hot Sea, or, if they’d rather try something a bit fancier, visit the nearby Angsana spa for the same hot spring fed water but in a rather more sophisticated environment. 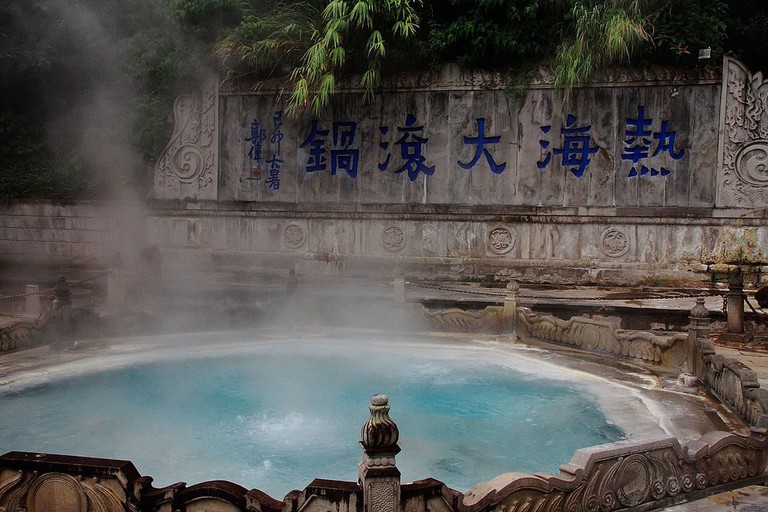 Yunnan province is about as far as it gets in China from the steppes of Mongolia, but nevertheless settlements of Mongols live scattered throughout Yunnan province, with the largest clusters living in Tonghai and Lunan. How did these Mongols end up so far from home? During the Yuan dynasty, when Genghis Khan’s armies conquered a large portion of the Eurasian continent, Mongol forces were sent to bring Yunnan under control. These Mongols stayed behind and eventually made their homes in the area intermarrying with the locals but at the same time holding on to many of their Mongolian customs and traditions. So, although it may seem unlikely, next time you’re in Yunnan, visit the Mongolian village of Xingmeng in Tonghai, and learn more about the fascinating history of this region’s Mongol conquest. Tonghai can be reached from the Kunming South Bus Station. 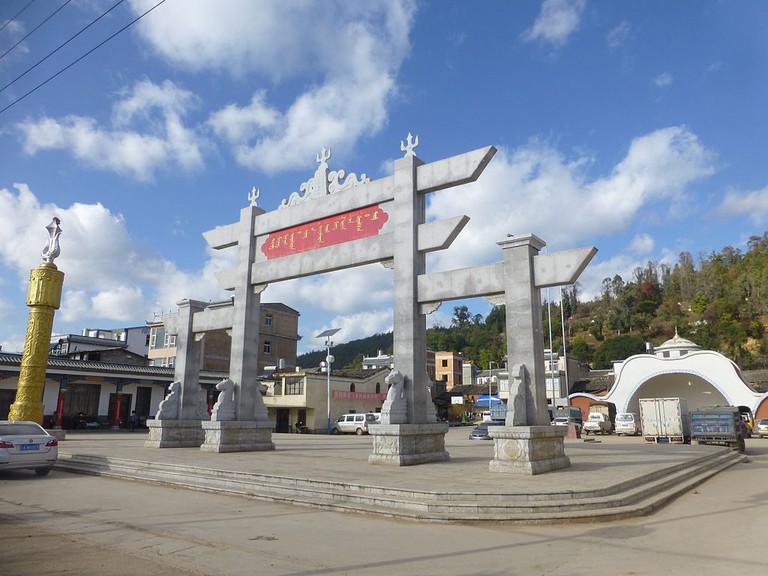 The One Tree Forest 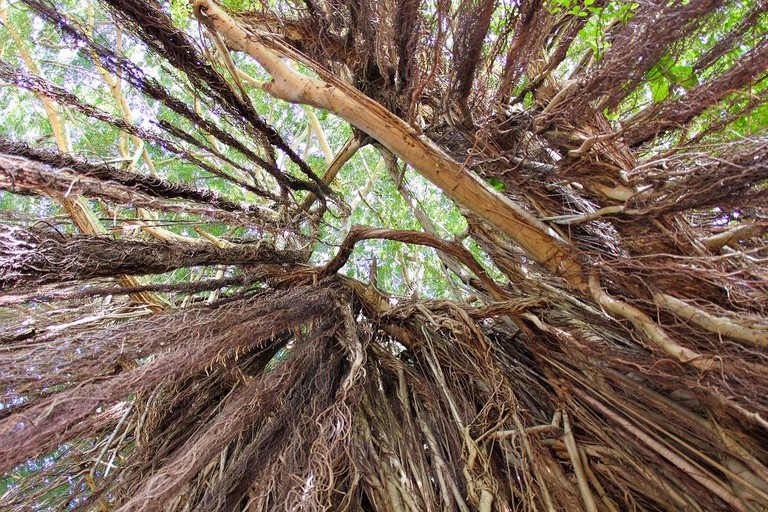 Looking up the Roots of Banyans | ©David Fulmer/Flickr
In Xishuangbanna there is a forest made up entirely of one tree, or as it is called in Chinese, the “One Tree Forest”. How is this possible? This banyan tree is over 200 years old, and as the roots reached down from the original tree and planted themselves into the ground, they grew into trees, the root of these trees then did the same thing all over again. As time passed, these trees, already connected with each other, became even more entwined and entangled, and grew into more and more banyans until an entire interconnected banyan forest had taken root. This “one tree forest” is in Xishuangbanna’s Daluo township, about four hours away from Jinghong, which can be reached by air or by bus.
Open In Google Maps
320国道, Ruili Shi Dehong Daizujingpozuzizhizhou, Yunnan Sheng, China
Give us feedback

The Earth Forest of Yuanmou 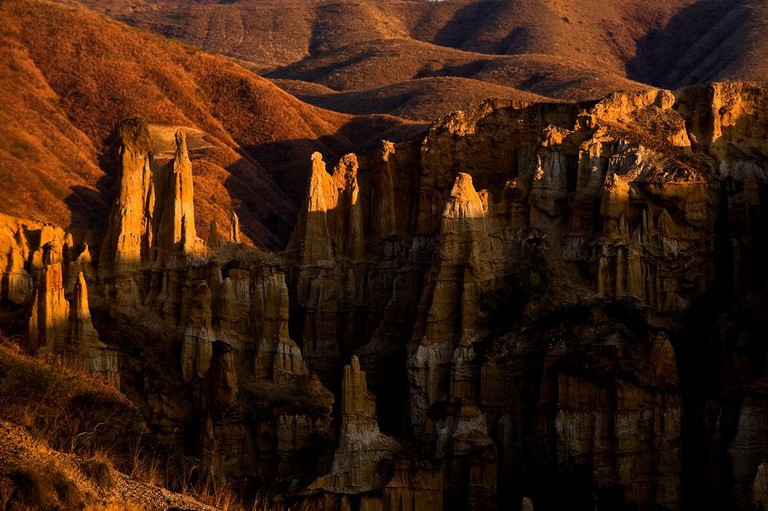 Earth Forest | ©爵士鼓手/Wikimedia Commons
The YuanMou Earth Forest has been featured in several movies, including Riding Alone for Thousands of Miles and The Promise for its unbelievable landscapes that look almost Martian, with striking red and orange rock formations, canyons and mountains. The peaks are striped, with bold colors at the top fading into duller browns and greys towards the bottom. Some are sharp and pointed like swords while others are more squat, like pagodas. Yuanmou Earth Forest takes up about a 50 square kilometer area in Yuanmou county, which itself is known for its many fossil discoveries, including the discovery of one of the earliest known hominid fossils, the so-called “Yuanmou Man”. There are no busses from Kunming directly to the forest, so travelers will need to first take either the bus to Yuanmou or take the train to Panzhihua and get off at the stop for Huanguawu. Minibuses for the Earth Forest will depart regularly from either town.
Save