1933: The Slaughterhouse of Shanghai 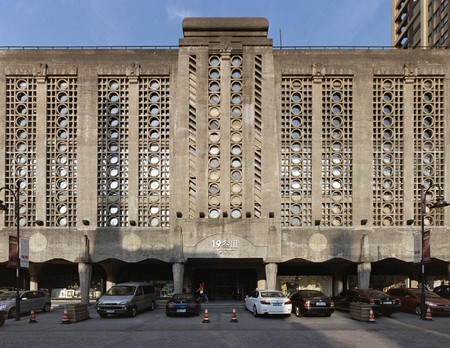 Casting a long shadow in Shanghai’s northern Hongkou district is the imposing edifice of what was once the largest slaughterhouse in all of East Asia. Today, it is one of the most iconic buildings of Shanghai and a creative zone, but companies and local residents still worry about the bad spirits that lurk in the corners of this stunning concrete masterpiece. Journey to Hongkou, feast your eyes on all the magnificent details, and then take some time to wander around the area, where you’ll find an intriguing combination of buildings, local culture and up-and-coming artists.

Originally designed by Balfours, a British Master Architect, and built by the Yu Hong Ji Construction company in 1933, this massive, intricate Art Deco building was built to not only meet the demands of a growing (and meat hungry) city, it was a breathtaking symbol of the city’s growing might.

To build this 31,700m² (341,200ft²) project, the Shanghai Municipality invested nearly 3.3 million taels (China didn’t have a national currency until 1933, and hence external trade was conducted in ounces, or taels, of silver – so conversion is difficult). Tons of concrete were imported from Britain, and the 50cm- (20inch-) thick walls keep the interior cool and dark, while the outer windows and top skylights allow in a moody, dappled light that gives the entire interior a pensive, heavy atmosphere. 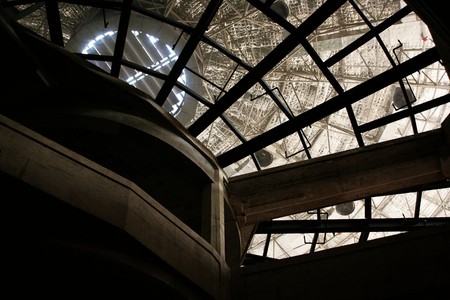 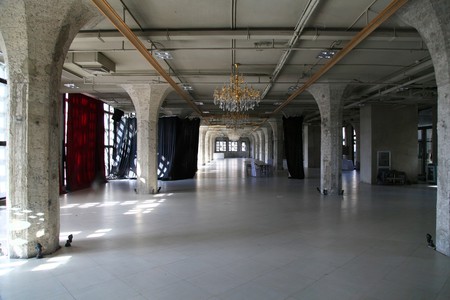 At its height, this slaughterhouse had the capacity to process more than 1,200 head of cattle, sheep, and pigs per day, creating more than 130 tons of meat. In order for this to work, every detail of the building had to be useful.

Those 50cm- (20in-) thick walls? They’re hollow, allowing for the interior to remain a relatively constant temperature. The iconic lattice windows? They face west, which is the general wind direction of Shanghai, and allowed maximum air circulation. On another note, they also face west to aid in the animal’s reincarnation, as that is the direction of the Buddhist holy land. 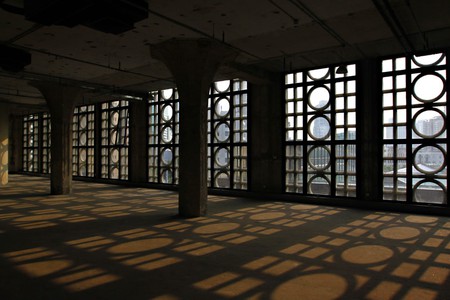 The floors of all the ramps are textured to prevent slipping. The complex web of air bridges are of alternating widths to control the speed and flow of the cattle from one area to another, and uneven ramps ensured consistent and constant movement. The many staircases and sharp corners give protection to the workers should one of the animals decide to bolt and start a stampede. 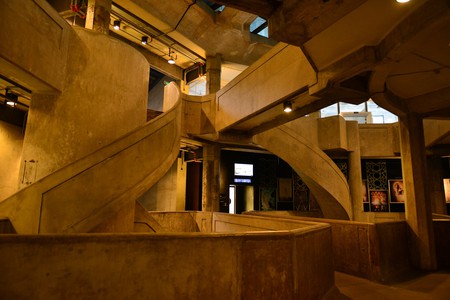 The abattoir ceased operations in the 1960s, and it was later alternately used as a cold storage facility and medicine factory from the 1970s to 2002, slowly fading into obscurity.

In 2008, Axon Concepts saved the building from oblivion, pouring about RMB100 million (around USD15 million) into renovating and revamping the space and turning it into a creative zone. Today, many of the former animal-holding pens are offices for photography companies and restaurants, while the first floor houses shops. There are also events and theater productions often held in the stunning top penthouse and dark basements. But mostly, tourists and residents are allowed to wander the halls, to get a taste of the slaughterhouse’s former glory. 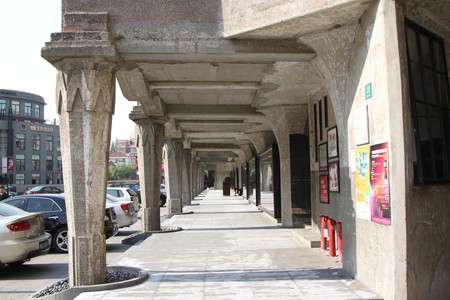