PROFILE
ASIA
/
CHINA
/
Things to Do

15 Chinese Festivals To Celebrate This Year 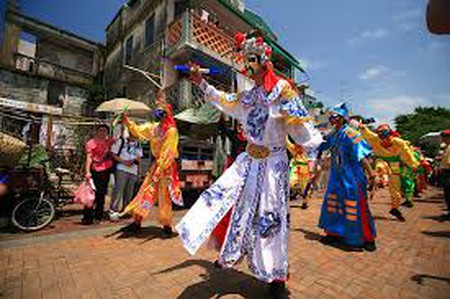 From January to December, China has a jam-packed calendar of festivities and celebrations. Whether it’s cultural festivals or quirky traditions, there is something for everyone to celebrate. 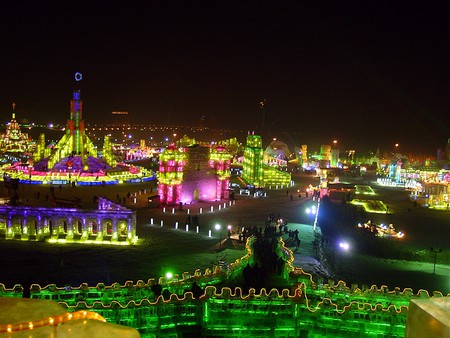 Located in China’s northernmost province, Heilongjiang, Harbin sees icy temperatures into the negative 20s, making it the perfect location for an ice festival. Wrap up warm and experience the beauty of the ornate ice sculptures and lanterns, or take part in skiing or winter-swimming. Celebrations have grown in the last few years to include fireworks and concerts, so don’t miss out on this unusual celebration.

One of biggest events on the Asian continent, Lunar New Year is celebrated in more than ten different countries, but the biggest celebration by far is in China. Celebrations last for three to fifteen days, with each day focusing on a different value. Cities are adorned with lanterns and families give each other red envelopes with money inside for good luck. Celebrations vary across the country, but Beijing’s huge parades of dancing lions and dragons and Peking opera are renowned across the country.

Also known as the Pure Brightness Festival, this spring holiday is all about honoring your ancestors. Families sweep the graves of departed loved ones and place willow branches around the entrance-ways to ward off ghosts. Official parades have declined in previous years as the festival has become a time of remembrance, but celebrate in the traditional way by flying a kite in your local park to bring good luck. 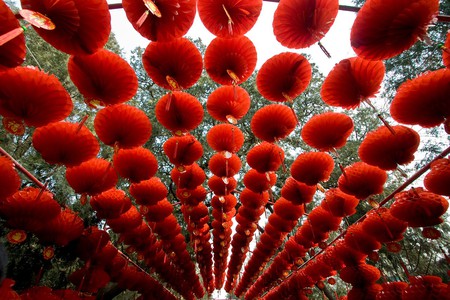 An ancient tradition of the Dai people, this festival takes the form of a community-wide water fight. People pour water on each other to cleanse themselves of bad luck; this purification begins with the bathing of Buddha, and then extends to family, friends, and passing tourists. Intended to bring happiness for the coming year, this festival is sure to cheer you up, with other attractions including dragon boat races on the Lancang River, special markets, and a fireworks display.

Join in one of the wackiest cultural celebrations China has to offer. Hosted on one of Hong Kong’s idyllic outer islands, the Cheung Chau Bun Festival dates back to the early 1900s, when villages warded off a plague with Taoist rituals, parades, and offerings to Pak Tai Temple. Now, festivities include the Piu Sik parade, lion dancing, and a bun tower scramble! 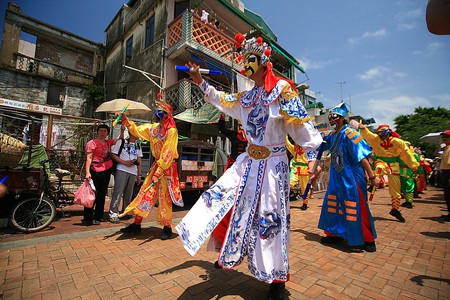 Buddha is revered across China as a symbol of peace and harmony, and his birthday is a national holiday. Celebrate respectfully and avoid adorning yourself in the image of the Buddha; instead, give food to the poor and visit a Buddhist temple, like the Tianning Temple in Changzhou, which also hosts the tallest pagoda in the world.

This festival dates back over two thousand years, to when Qu Yuan protested against government corruption by drowning himself in the Mi Lo River. Triangular, glutinous rice cakes are the essential food during this festival; races are accompanied by drumming, and parades take place across China. 20-30 rowers race in 10-20 meter long boats; one of the biggest races takes place in Hong Kong harbor, though for a more traditional and intimate festival, visit Miao Dragon Boat Festival in Guizhou province. 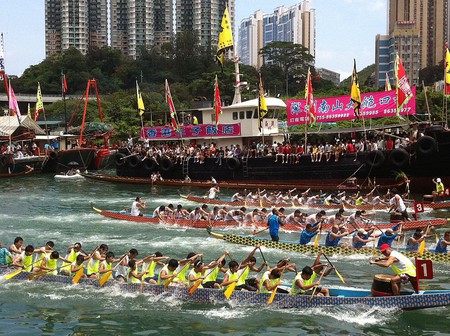 A music festival on the Great Wall of China – what more could you ask for? With a focus on the underground music scene and a variety of international artists, prices start at an amazing 100RMB. This festival is a must for music lovers or those seeking a cultural experience out of the ordinary.

Often referred to as the Chinese Valentine’s Day, the Seven Sisters Festival commemorates Vega and Altair, two star-crossed lovers separated by time and space. It’s not all about the romance, so you can enjoy traditional noodles and jiaozi dumplings with friends, but it might be worth taking a special someone to Shichahai Lake at night, where many Beijing locals set paper lanterns on the water, creating a beautiful, candlelit scene. 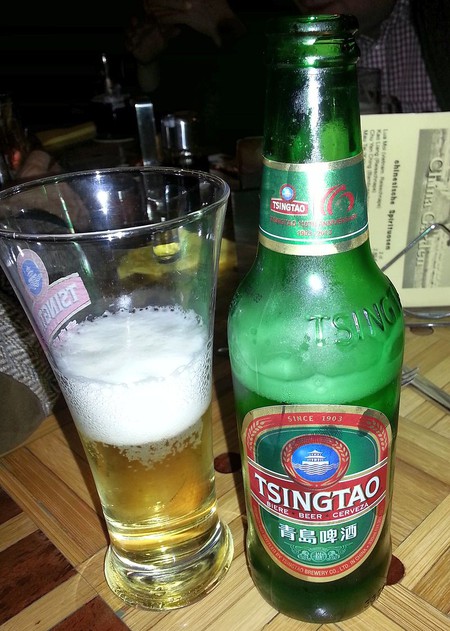 Celebrate China’s most popular beer, Tsingtao, in its brewery hometown of Qingdao. Since its inception 1991, this festival has grown to include international beers and now there’s a huge opening ceremony. Over the course of two weeks, the festival features live music, carnival acts, competitions, and a lot of beer tasting.

Festival of the Hungry Ghost

Throughout the month of August, you will notice the scent of burning incense in the air and food offerings left out on the streets; this is to appease the ancestors during what locals call ‘Ghost Month.’ Avoid wearing red or starting new initiatives or projects at this time, as it is considered unlucky. One of the traditions of the festival is watching Chinese opera – see a performance put on by the Chiu Chow community in Hong Kong, or in Beijing. 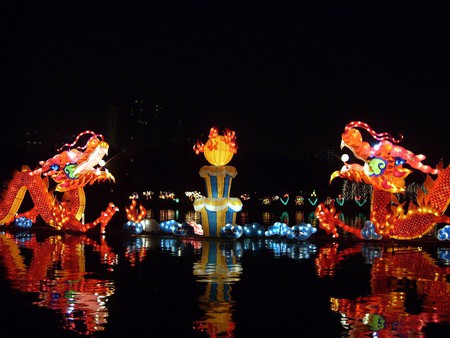 The Mid-Autumn Festival is a harvest festival of epic proportions, and it is considered one of the most important in the Chinese calendar. People return home and reunite with old family and friends and celebrate with lantern riddles and by sharing mooncake – the salted duck egg in the center symbolizes the moon, and the unity of the family. In Hong Kong, the Tai Hang Fire Dragon dance is another great Mid-Autumn tradition – established in the late 1800s to ward off plagues and bad luck in a seaside village, it has now become one of the favorite attractions of the festival.

After its sensational debut in 2015, this Shanghai music festival returns for another weekend of great international acts. This chilled-out festival pulled in crowds from all over China last year, and is sure to be bigger this year, with its reasonable prices and great venue in the middle of the city. Watch this space for dates and tickets. 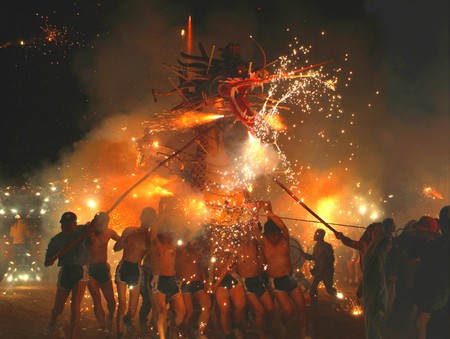 The autumn counterpart to Ching Ying, during Chung Yeung families remember the dead and clean their graves – and go hiking. Getting as high as possible brings good luck: the Yellow Mountains of Huangshan are ideal for getting above the bad spirits.

Head to Shanghai for China’s biggest art and culture festival. Running for an entire month, this festival uses venues around the city to stage plays, operas, dance, music, and art exhibitions. Last year’s festival featured performances of the internationally acclaimed War Horse as well as performances from the Eifman Ballet of St Petersburg.
By Rebecca Cairns