An angel statue in front of the French church at Binjiang Dao | © Matthew Stinson
Tianjin is one of the most versatile cities in China. Known for its affluent merchants, European colonialism, and ancient Chinese history, this region is nothing short of a historic wonder in itself. There are dozens of historical places to visit, but here are 14 sites you must see.

Located outside of metro Tianjin, this is one site you should save for a day trip. Dule Temple is an architectural marvel. At over 1,000 years old, it still features a complex of grand structures. Here you can see the oldest multi-storied wooden pavilion in the country and one of the biggest clay sculptures of Buddha preserved in China. 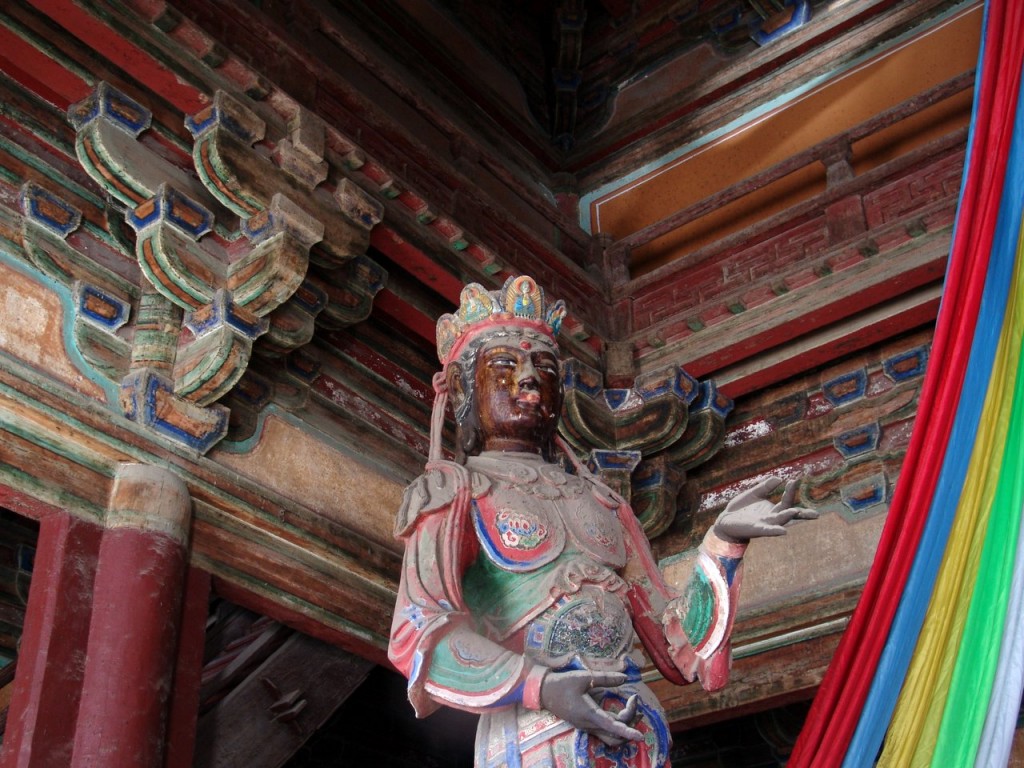 This Catholic church was built by the French in the 18th century during the occupation era. Its literal translation means ‘sea view tower’ church. Located on the eastern bank of River Haihe near Shizilin Bridge, the church was damaged during the Boxer Rebellion, which sought to eradicate the spread of foreign religion and again during the 1949 Communist Revolution, yet it still stands today.

This is the former residence of Puyi, the last emperor of the last dynasty of China, the Qing dynasty who was expelled from the Forbidden City. Puyi spent his life’s final years here while in Tianjin. The signs and descriptions are in English, so you may not need to hire a guide. Jingyuan is a definite must for Chinese history buffs.

Also known as The Tianjin Museum of Drama, this is an ancient architectural complex of prominent design. Its main structure is a classical theater built in 1907 and it features loads of valuable exhibits reflecting Tianjin’s history of drama. On display are classic stage photos, costumes, properties and theatrical programs. 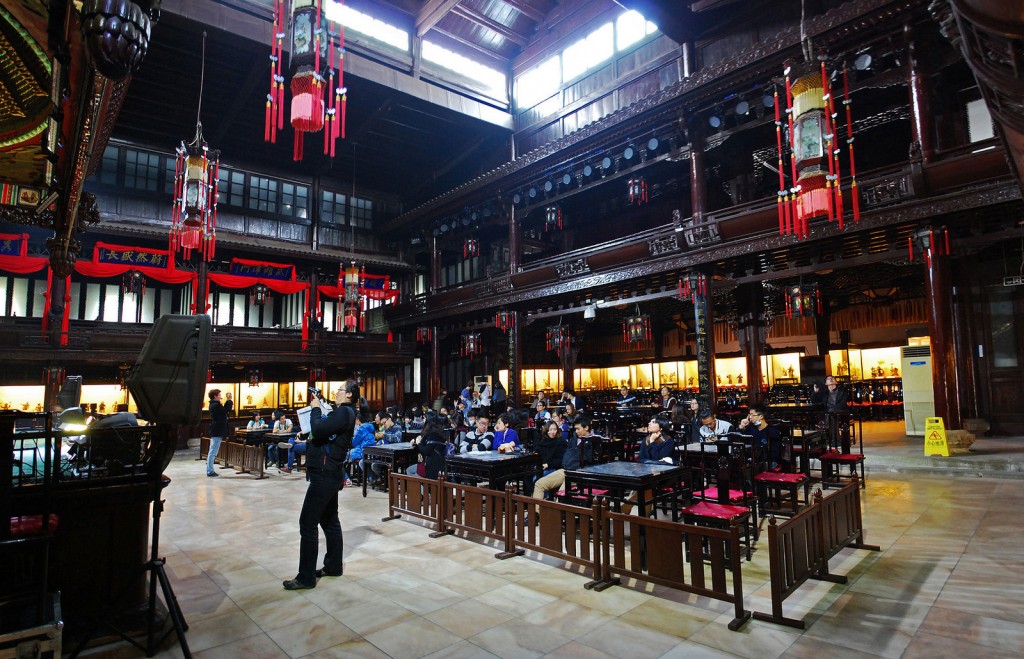 The Shi Family was a rich and prosperous merchant family in the late 1800s. Today, their residence is a symbol of China’s trading spirit prior to the revolution of 1949. You’ll see why many on-location TV drama shoots happen here, too. It has hundreds of folk houses and rooms that boast vintage furnishings, folk art, paintings, and calligraphy, along with numerous beautiful courtyards and enclosed gardens. 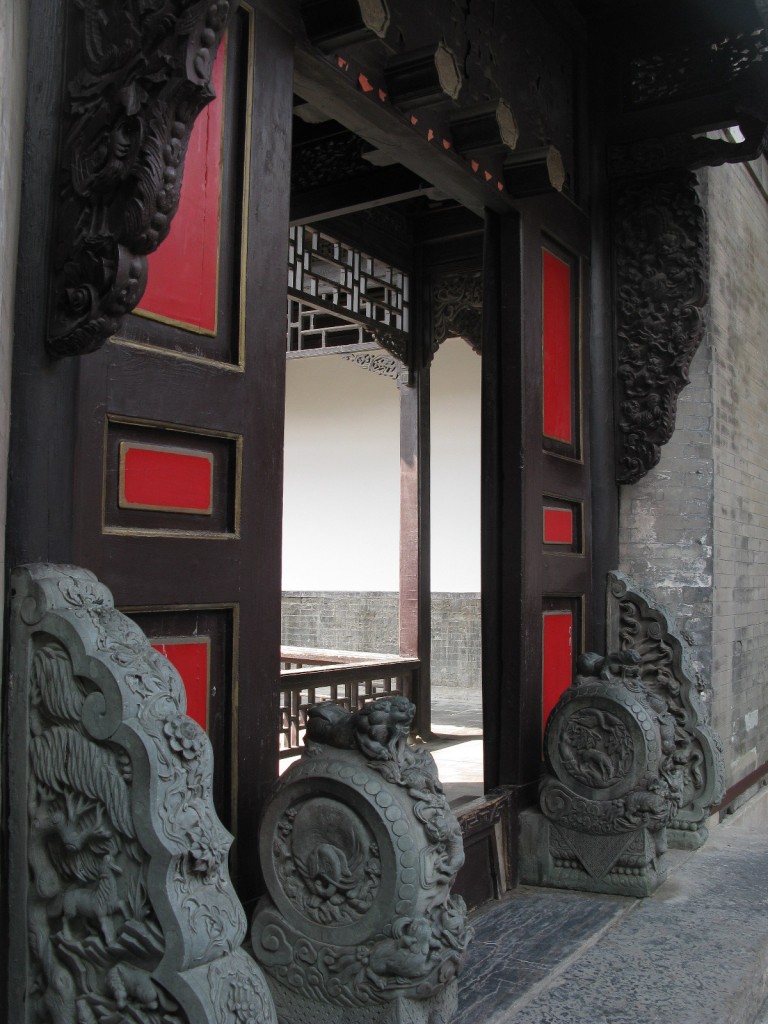 Behind Confucious’ real home in Shandong Province, this is China’s second largest Confucian temple. Ironically situated between modern buildings, this temple is in the middle of Tianjin city. It’s said that once you enter the grounds, you forget you are inside modern metropolis and feel as if you’ve been teleported to a Tianjin from hundreds of years ago.
No.1 Dongmenli, Dongma Road, Nankai District, Tianjin 300090, China

The Drum Tower is in a area built to resemble Old China. From the tower, you can enjoy a panoramic view of all of what used to be the center of Tianjin. Inside is an exhibit that features classic photographs, which will help give further insight to what Tianjin used to look like, and how times have changed. The tower is free to enter, just make sure to bring your ID or passport.
Chengxiang Middle Rd, Gulou ShangYeQu, Nankai Qu, Tianjin Shi, China, 300000 +86 22 2727 3443

This exquisite mansion is the site of many Chinese movies. Who was Liang Qichao? He was an important figurehead in the early 1900s and had a major diplomatic role between China and the Western world. He was journalist and reformer among other titles, and he inspired Chinese scholars with his writings and reform movements.

If you’re exploring Ancient Culture Street, you must stop by the “Temple of the Queen of Heaven”, popularly known as the Tianhou Palace. Initially constructed in 1326 as a tribute to the sacrifices made by sailors and fishermen, for centuries, it also served as the main venue of prayer to the Goddess of Sea, aka Tianhou. The main hall features a monument of Tianhou, wearing a phoenix crown and a rainbow gown.

In the center of the Italian Style Street is the Tianjin-famous Marco Polo Square. Italian Style Street features authentic European structures built by the colonial powers during the late Qing dynasty era, although many of the buildings today have been converted into tourist boutique shops, western restaurants, hip bars, and gelato stations.

A piece of Italy in China ☀️🌸#italianstylestreet #madinchina #tianjin #天津

Although what you see is mostly a recreation of the past, it’s still worth with a visit, as you’ll feel immersed in classic Chinese culture. Qing Dynasty-style buildings border the street, with a plethora of shops that sell supplies for making and practicing classic art; including writing brushes, ink sticks, ink slabs, paper, along with other antiques.

The Xikai Church (St. Joseph Cathedral) is Tianjin’s largest Roman Catholic church. Built in 1913 and still much alive today, it remains in pristine condition, at the heart of downtown. Large cathedrals like Xikai are a rarity in China, and interestingly enough, the mass is conducted in Chinese and English. Stepping in this sanctuary may feel as if you’re in Europe but with a Chinese twist.

Witness the fort that was invaded four times and defended the main access route to Beijing. Dagu Fort is known for its historical battles with the British during the Second Opium War. Today it stands as a symbol of resistance against past Western imperialism and foreign occupation.