12 Reasons You Should Visit Wuhan in China 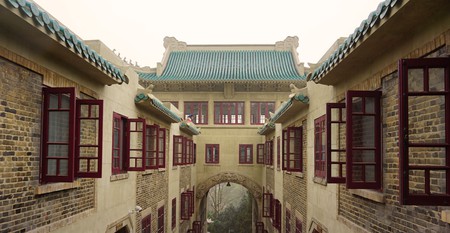 Once overshadowed by its cosmopolitan neighbours, Hubei Province’s capital city is quickly finding its way into the limelight. Comprised of three ancient towns and divided by Asia’s largest river, Wuhan is not only historically significant, but also a major player in China’s rapidly developing future. Here are 12 reasons why you should add Wuhan to your travel itinerary.

The efficient nature of Chinese culinary etiquette means that you can get pretty much anything you want cooked before your eyes in a matter of minutes. You can seldom cross the road without coming face to face with a street vendor armed with a cart selling the snack du jour. Every region boasts their own specialities and Wuhan’s hot dry noodles do not disappoint. Traditionally a humble breakfast food, adaptations and variations of this sesame infused local delicacy can now be purchased throughout the city until nightfall. 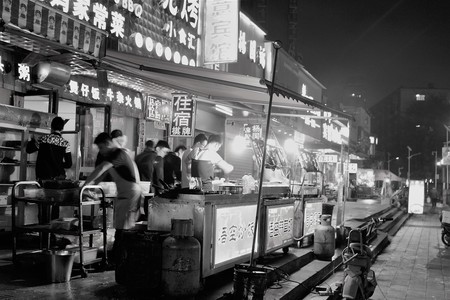 With over 3500 years of history, Wuhan has enough cultural relics to keep even the most steadfast tourists busy. As well as being a historical inland trading port and a colonial British settlement, Wuhan was also the location of the Wuchang Uprising which led to the overhaul of the Qing Dynasty. The city has long been celebrated for its contribution to the arts and is the proud home of the Yellow Crane Tower; a building which inspired the work of the renowned Tang Dynasty poet, Cui Hao. 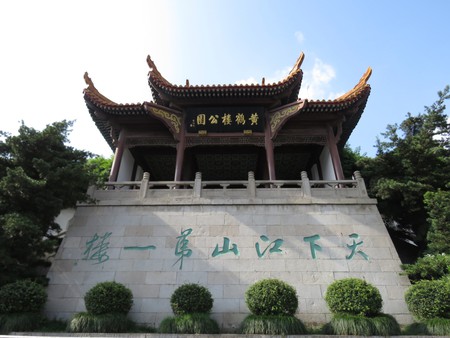 Spring time in Wuhan means blossoms. Come March, cherry, plum and peach blossoms simultaneously burst into life, luring photo-hungry sightseers to some of the most impressive flower gardens in the country. Wuhan University campus is perhaps the most celebrated spot. Stretched alongside the dormitory building, Cherry Blossom Avenue is home to nearly 200 Tokyo cherry trees. This sight alone attracts over 100,000 visitors during the week in spring when the blossoms are at their finest. 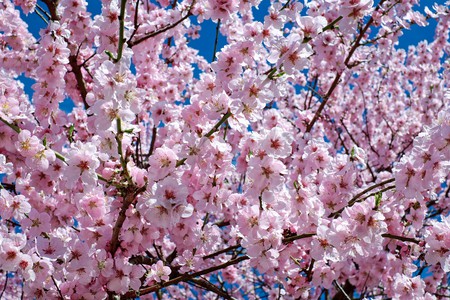 China’s swiftly developing consumer culture means one thing. Malls, and lots of them. There is little variation from one gleaming shopping mall to the next, however Wuhan offers a number of alternative shopping experiences to spice up your trip. There is picturesque Han Street which winds along the riverside. Or Wuhan’s answer to Shanghai’s East Nanjing Road, Jianghan Road, which transforms into a hawker-market by night. Then there is Optical Valley walking street. This novel shopping pavilion surrounds an out of use aircraft-turned-restaurant and has a number of districts which are individually modelled on different European countries. 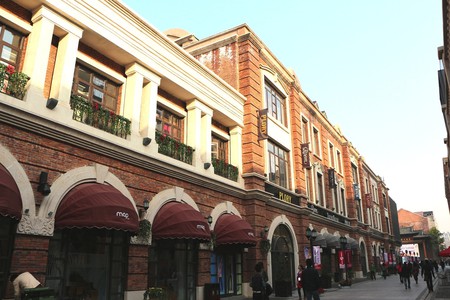 From one glance over a map of the city it becomes quickly apparent that in Wuhan you are never more than a stone’s throw away from a lake. The tranquil waters, frequented by fishermen and adorned with lily pads serve as inner-city oasis’ and are a welcome escape from the bustling daily grind. The most famous and regularly visited of Wuhan’s lakes is Wuchang district’s East Lake. This vast and picturesque attraction is divided into five unique scenic areas and is the largest inner-city lake in all of China. 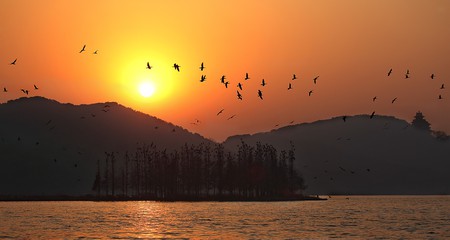 Wuhan is the largest and most populous city in central China. This means it has excellent transport links connecting itself with the surrounding cities and Hubei’s many scenic spots. The province boasts a number of less-travelled and interesting attractions such as the Three Gorges Dam, Enshi Grand Canyon and Wudang Mountain, all of which are located just a short journey away from the city. Furthermore, the use of three main train stations and an international airport means that visitors to Wuhan have countless travel opportunities at their fingertips. 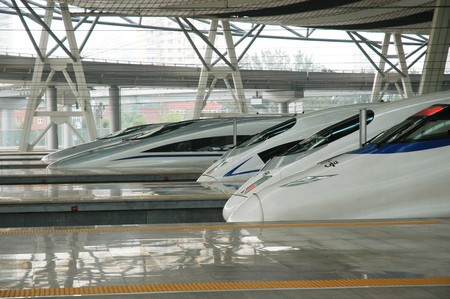 Nightfall in Wuhan by no means signals the end of play. Whether you choose to sip cocktails on a fifth floor rooftop, or sit on the roadside with a bottle of local beer, there is no excuse for hiding away in your accommodation. Grungy rock pubs, Belgian beer taverns and eloquent wine bars are all on the cards. For anyone seeking a more authentic experience of Chinese nightlife, the go-to option is karaoke. Fortunately Wuhan has a KTV joint on almost every corner, so grab a booth and join the singing. 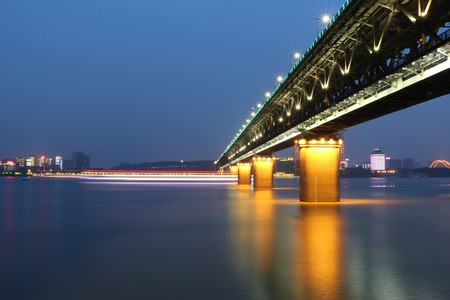 Often dubbed the ‘City on Rivers’, Wuhan’s cultural identity is structured around its waterways. As well as being impressive to look at, the gushing brown waters of the Yangtze River once provided a vital role for Wuhan as an inland trading port. Take a local boat and sail between Wuhan’s old cities, or simply stand back and admire the architectural marvel of the Yangtze River Bridge. The impressive structure is famous because it connected rail travel between north and south China for the very first time. 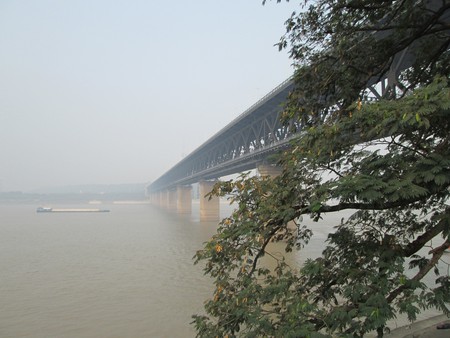 Wuhan Art Gallery’s stunning Chinese watercolour paintings are just a snippet of what’s going on in Central China’s art scene. The city is now attracting more and more international exhibitions as they over-spill from Beijing and Shanghai. This is not surprising given Wuhan’s rich cultural heritage, romantic landscapes and arty areas such as Tan Hua Lin walking street. Areas like these are packed with bohemian stores and showcase some of Wuhan’s most crafty folk in action. Local artists can be spotted inside their stores selling their work. 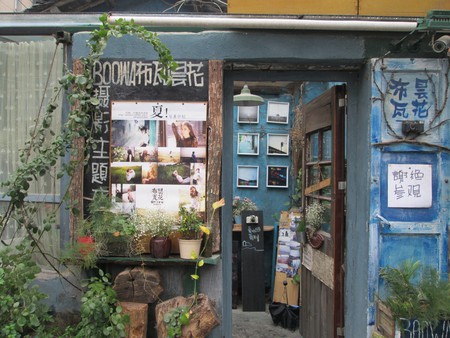 Like in most populous Chinese cities, high-rise apartments are the go to choice of accommodation in Wuhan. Therefore public outdoor spaces are of paramount importance to cooped-up locals seeking fresh air. As a result Wuhan’s parks are somewhat of a spectacle; much more than a patch of grass and a couple of benches. The warm climate means that for the most of the year, these parks are akin to communal living areas where people meet to chat, drink tea, play games, practice Tai Chi and dance. 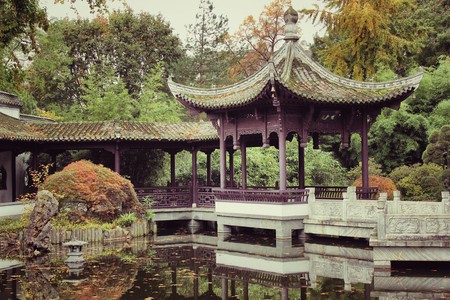 Many would argue that on a global scale, China as a whole remains very affordable. However, travellers on a budget would certainly agree that a week touring around Beijing or Shanghai stands to set you back a fair few Yuan. For those who’d choose hostels over hotels and street snacks over slap-up meals, Wuhan is a perfect collaboration of affordability and enjoy-ability. The city has everything the big guys have; the food, the nightlife, the shopping and the culture, but here it comes without the price tag. 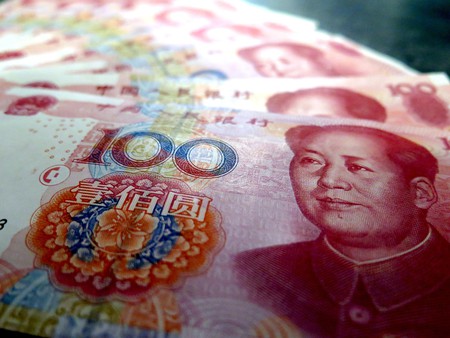 Wuhan’s most charming trait is perhaps its motto: 武汉每天不一样. This popular slogan, which is plastered on walls and billboards citywide, directly translates to: “Wuhan, different every day”. The more time you spend in the city, the more applicable the catchphrase becomes. The skyline is dotted with the cranes working day and night to construct the city’s ever-changing landscape. It’s been a slow starter, but there is no doubt Wuhan is driving quickly towards becoming one of China’s most exciting cities. 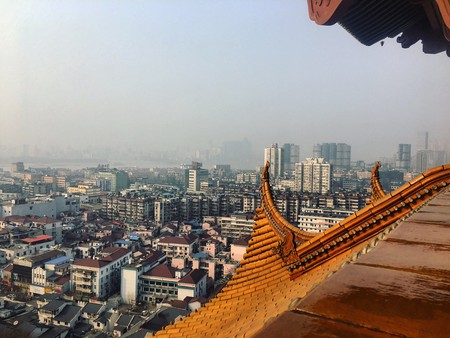