12 Best Things to See and Do in Hubei Province 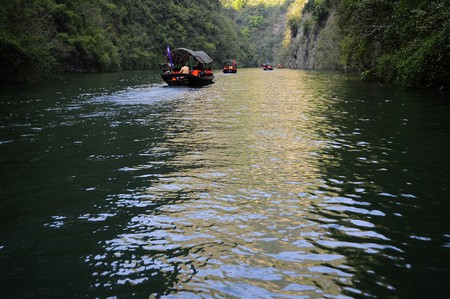 If you’re having trouble deciding what to schedule in to your trip to China‘s Hubei Province, look no further. Whether you prefer to spend your time discovering ancient capitals and uncovering historical relics or you’d rather be sailing down the Yangtze and climbing the highest peaks, here are our top 12 recommendations to help you along the way.

On the shore of Wuchang’s East Lake, Hubei Provincial Museum stands as the proud home to over 200,000 artefacts and cultural relics. Of these items, over 1,000 have been classified as being of first grade cultural importance, making this one of the forefront provincial museums in China. Apart from the main exhibition hall, the museum also benefits from a separate Chu culture centre as well as a chime hall which puts on traditional and enchanting musical shows. Everything you need to know about Hubei can be found within these walls. 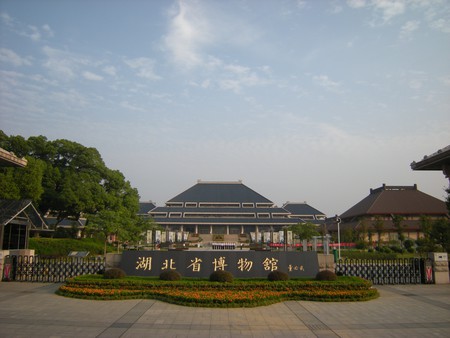 Sail around the Three Gorges

On the middle reaches of the Yangtze lies the most famous scenic section of the river. The Three Gorges scenic area stretches between Yichang and Chongqing and is comprised of three unique gorges: Qutang Gorge, Wu Gorge and Xiling Gorge. While the whole region oozes unique beauty, some particular highlights include Xiling Gorge’s Sanyou Cave and the world record breaking Three Gorges Dam. While the dam has been internationally disputed, it remains an impressive symbol of China’s technological development. 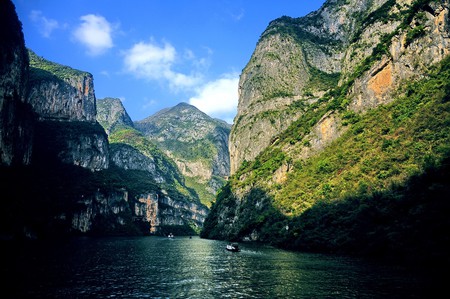 Located in Shiyan City, Wudang Shan is a place of cultural and spiritual significance. Often dubbed the birthplace of Taoism and the cradle of Tai Chi, this is a top destination for spiritual folk and martial arts fans world-wide. With over 70 peaks, numerous rocky cliffs and a network of meandering streams, the mountain is also a haven for hikers. Visit the mountain top temples and find your inner Zen. If you time it correctly, you may even catch an impressive martial arts performance while you are there. 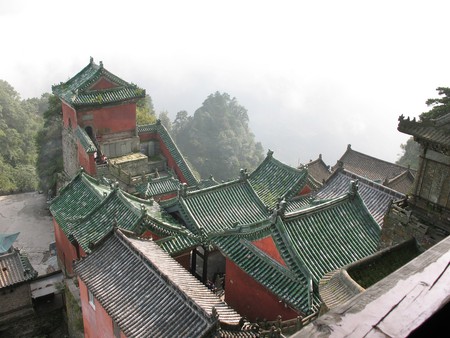 Located at the Southwest of Hubei province, this is China’s answer to America’s Grand Canyon. Although it is estimated that Enshi Grand Canyon could fit inside America’s 16 times, the subtropical mountain climate means that this canyon is not an arid desert land, but rather a veritable breeding ground for lush green vegetation and wildlife. The intense natural beauty is unrivalled in Hubei. Soaring mountains, winding rivers and stand-alone karst pillars make this an unmissable destination for visitors to this province and China in general. 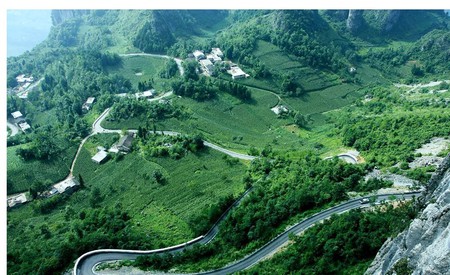 Waterfalls, streams and forests are plentiful in Shennongjia nature reserve. This UNESCO World Heritage site also boasts an abundance of rare and endangered species and a unique network of caves. The area has historical significance as the birth place of revered Chinese poet Qu Yuan, and legendary significance as the home of a mythical Chinese Yeti. There are three towns nearby, the main one being Muyu, which is the best place to find room for the night and grab some local food. 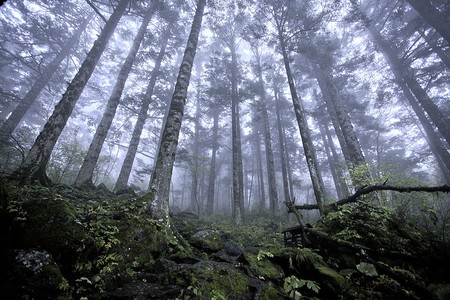 Just outside of Lichuan City, Tenglong Cave is one of the biggest karst cave networks in China. The cave’s entrance is over 70 metres high and 60 metres wide and the cave itself covers a total area of 69km. Among the caves, of which there are more than 500, are a water cave, a dry cave, a carp cave and a breeze cave. These are all spread out over five separate levels, making the whole caving experience a little more adventurous. To top it off, Tenglong Cave also has more than 10 underground waterfalls for guests to hunt down. 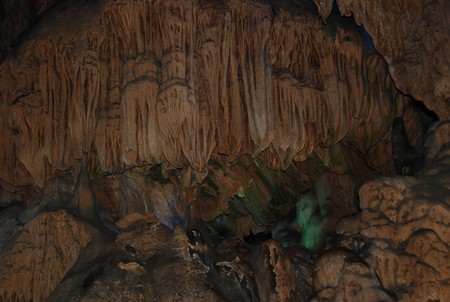 Jingzhou was the capital of the Chu State for 400 years in the era of the Zhou Dynasty. Named as one of the most famous historical and cultural cities in China, a trip to Jingzhou should be topping any China enthusiast’s bucket list. The 30ft high city wall has been compared to the famous walls in Xi’an and Nanjing and boasts over 2,000 years of history. Jingzhou Museum is also a city highlight. It is famous for housing the sword of ancient figure, Gou Jian, and also rather weirdly showcasing a 2,000 year-old preserved male corpse. 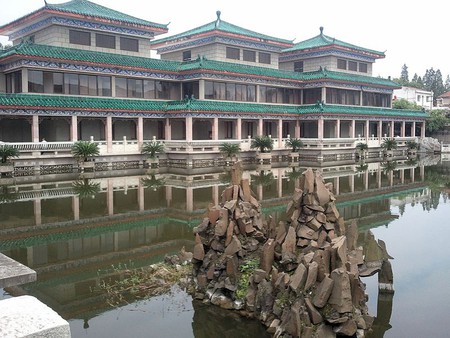 The Ming Dynasty had 16 emperors, all but one of whom are buried in elaborate and extravagant tombs across China. Fortunately for Hubei the Ming Xian Ling Mausoleum, which has been described as the most well preserved of all 15, is right on the doorstep. This tomb was built for Zhu Youguan and his wife after they died and altogether it took a massive 40 years to complete. Many would argue that the tomb in Hubei is even better than the most famous Ming Tomb in Beijing. 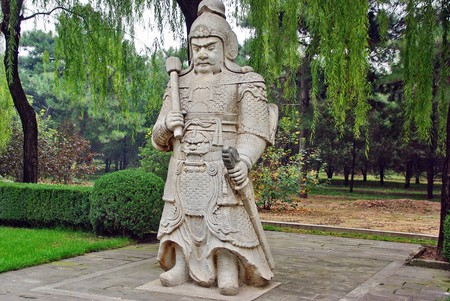 Relive the legend of Mulan

We might not all know the real story behind the brave female soldier, Mulan, but as some legends have it the actual Mulan lived right here in Hubei. That is, before she stole her father’s sword, chopped off her hair and joined the imperial army. Luckily for her fans, there is a whole scenic area which exists in her name. Mulan Mountain Scenic Area is spread across acres of land and is famed for its mountain top reservoir, picturesque waterfalls and deep lily adorned ponds. 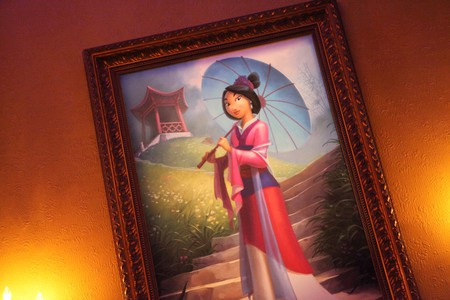 Located in Xianfeng County in the Enshi Tujia and Miao Autonomous Prefecture, this is one of over 100 Tusi sites in China. The Tusi system was a hereditary political system which was adopted in ethnic minority regions by feudal rulers in Ancient China. The architecture throughout this ancient imperial city is interestingly derived from Dong, Miao and Tujia ethnic traditions. Take a day to travel back in time and take a wander around what used to be government offices, barracks, prisons and temples. 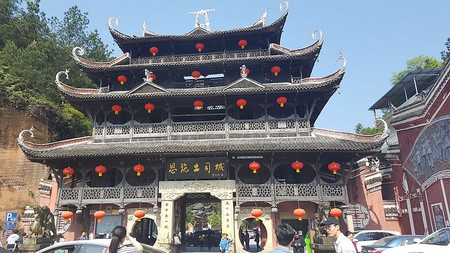 Bathe in a hot spring at Dahong Mountain

Dahong Mountain is a state level scenic spot that lies on the Jianghan Plain. Its unique and majestic peaks stand proudly against a backdrop of rich abundant forests, lakes and waterfalls. Carved into the mountain walls are cluster of caves, in which age old stalactites have been lit up using colourful bulbs. As well as the scenery, another draw of Dahong Mountain has to been the natural hot springs. So after a hard day of hiking, head back to your resort and spend the evening relaxing in nature’s very own spa. 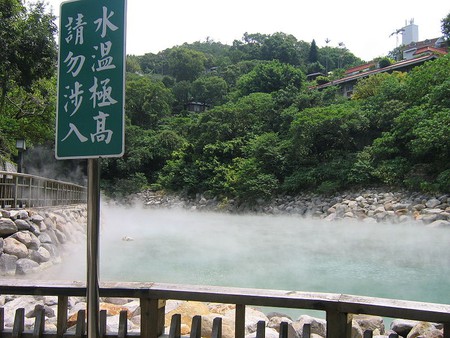 Badong lies on the middle section of the Yangtze River between the Wu and Xiling Gorges. This quiet and serene destination possesses a unique and enviable landscape. Home to members of the Tujia and Miao ethnic groups, Badong is a perfect place to escape the overwhelming pace of developing China. Hike the Wu, Daba and Wuling mountains and look down over the gushing brown waters of the Yangtze and then roam the streets in search of spiced dried bean curd, mutton noodles and other local delicacies. 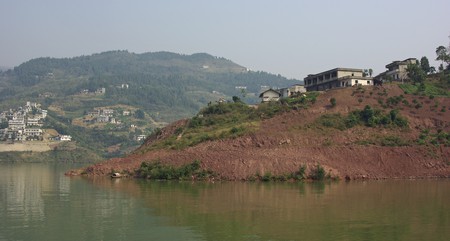