11 Novels You Should Read in China 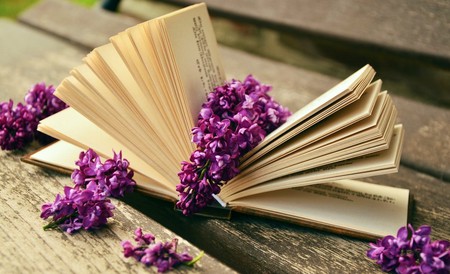 There are few ways to get to know a country better than reading its literature. From banned books to satire, science fiction to punk noir, these eleven books are essential reads for anyone asking what life for Chinese people is really like.

Apart from bubble tea and fried rice, sci-fi novel the Three Body Problem is easily the most influential Chinese soft power export. Even former U.S. President Barack Obama gave it a positive review, calling its scope “immense.” The novel, which is the first book in a trilogy often referred to by the same name, centers around a military project trying to establish a connection with aliens. Set during China’s tumultuous Cultural Revolution, the Three Body Problem grounds its fantasy in the human condition, helping the novel’s ambitiousness to pay off. 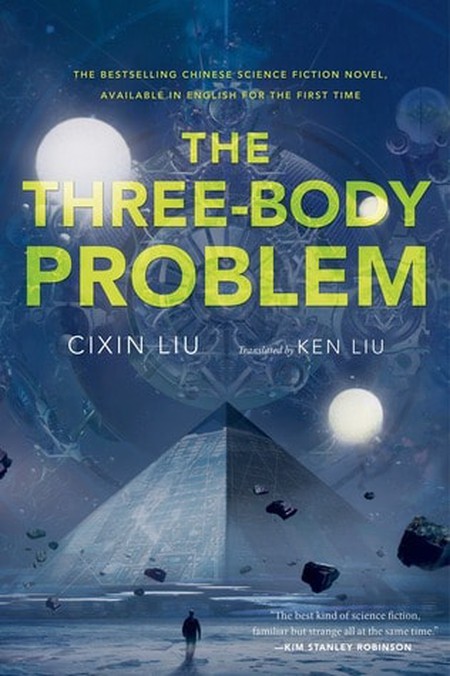 The Corpse Walker: China From the Bottom Up by Liao Yiwu

Hailed as a work of “new Journalism,” the Corpse Walker follows the real lives of several lower class Chinese citizens, from a public toilet manager to a human trafficker, a leper to a father who lost his son during the Tiananmen Square protests. Liao himself has quite the story as well, ever on the run from the Chinese government for his audacity to listen to the outcasts and criminals of society. Through the stories Liao tells, a vivid portrait of modern China emerges, one which engraves itself into the memories of its readers and forever changes the way they look at the country.

Balzac and the Little Chinese Seamstress by Dai Sijie

During the Chinese Cultural Revolution, two boys are sent to the countryside for re-education. They must fertilize fields, crawl through coal mines, and live like the peasants they were never brought up to be. Through this, the government hopes the boys (and others like them) will be prepared to bring China into a golden age of agricultural and industrial productivity. Instead, the boys are re-educated in a much different way after they discover a stash of banned western books and dive into a world that demonstrates the irrepressible power of knowledge. 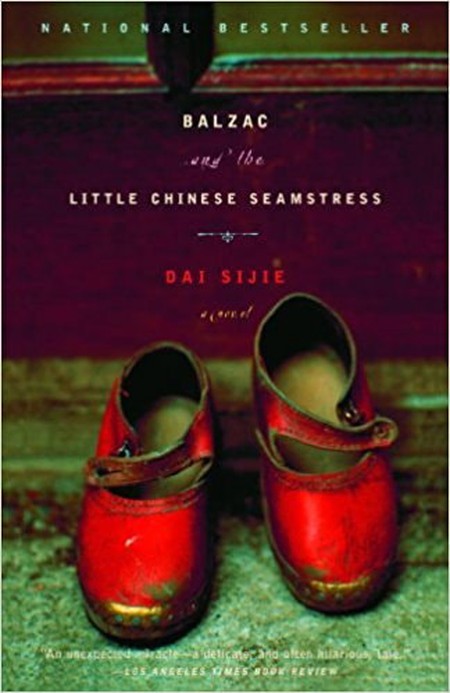 A Concise Chinese-English Dictionary for Lovers by Xiaolu Guo

Written in the style of a dictionary, this novel follows the self-discovery of a young Chinese woman living in London, who finds herself quickly involved in an affair with an English man. Though it’s clear the author herself has an impressive grasp of the English language, the narrator struggles with its most basic grammar, leading to beautifully blunt reflections on life as an overseas Chinese person.

Released in 2017, Finding Gobi is the autobiography of Australian ultra-marathon runner Dion Leonard and his journey of finding and adopting a dog from China during a grueling 250 kilometer race through the country’s most unforgiving terrain. Though the book is not directly about China, it provides an eye-opening look into a foreigner’s experience with the best and worst parts of the country. On the best side is the local people who will stop at nothing to help Leonard reunite with his dog. On the worst is the bureaucracy that stands in his way. Those who have lived in or traveled to China will find themselves nodding along with Leonard’s observations, which though specific to his situation, are universally relatable.

The Year of the Shanghai Shark by Mo Zhihang

No, this novel is not about Shanghai’s professional basketball team, the Sharks. Instead, it is about a teenager named Hai Long, who learns to become a professional pickpocket from his uncle. Through Hai’s story, another side of China is revealed, one in which its youth feel more connected to the West than to their own country, and in which the gap between the generations grows ever wider. 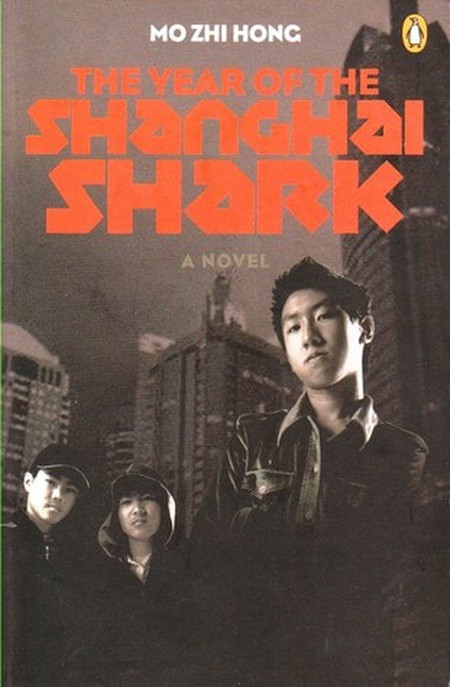 Offering an alternative look at China’s youth, Wish Lanterns follows the lives of six young people across the country from wildly different walks of life. This generation never saw China’s dramatic economic growth. They know nothing apart from a China at the top of the world. And while many authors ignore this generation that will inherit the triumphs and tribulations of its parents, Ash digs deep into the real world consequences the generation faces.

The Noodle Maker by Ma Jian

No one does satire quite like the Chinese, and this is evident in Ma Jian’s masterpiece the Noodle Maker. The title is a clever analogy for the Chinese government – an omnipotent noodle maker whose dough is the citizens at the mercy of his whims. Aside from the faceless noodle maker, the novel focuses on two other central characters, who meet for dinner every week and discuss stories they would like to write if they had the courage: stories about a man who runs a crematorium just to delight in torturing the corpses of local politicians, an actress who turns her suicide into a public performance art piece, and other absurdist tales that reveal the deepest hidden desires of a populace. 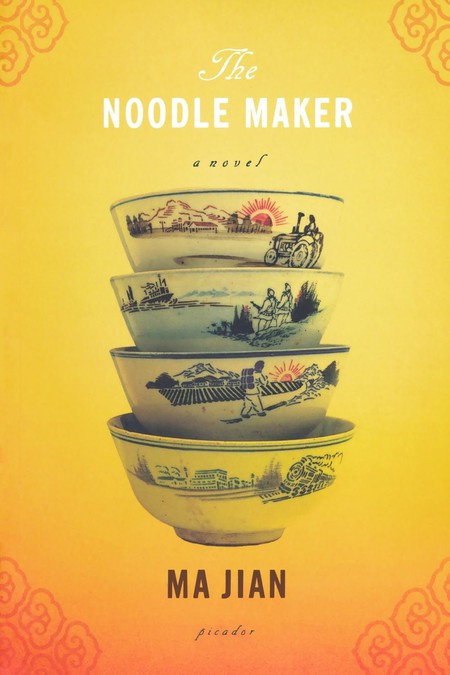 Running Through Beijing by Xu Zechen

Fans of the alternative Chinese film Suzhou River will delight in an equally punk book focusing on some of the same themes. Running Through Beijing tells the story of Dunhuang, who lives on the fringes of society and operates in the grey economy, selling fake IDs and falling in love with a woman who touts pirated DVDs. Though a work of fiction, the novel speaks to the millions of Chinese citizens always living one step behind and doing whatever it takes to survive in a rapidly changing society.

From one of the most influential modern Chinese voices comes a novel that puts a face to the now-defunct but infamous One-Child Policy. Gugu is a midwife who faces questioning after her lover defects from the Communist party. To prove her loyalty, she strictly enforces the One-Child Policy in her local village, performing late-term abortions and ensuring that no one is breaking the law and having more children than allowed. 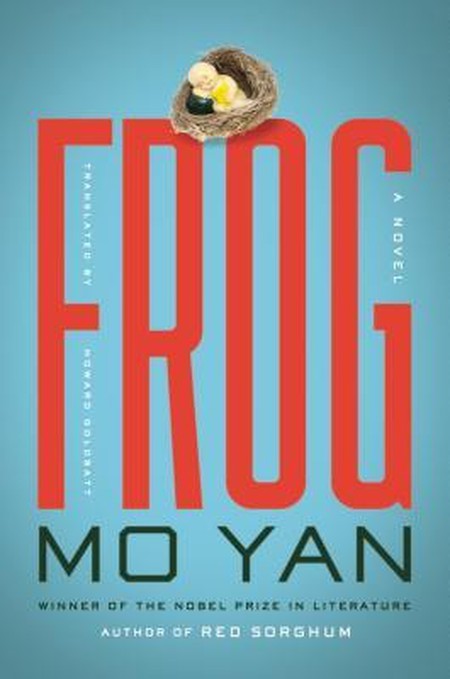 A Chinese Life by Li Kunwu

Taking it back to the founding of the People’s Republic of China in 1949, A Chinese Life is a staggeringly beautiful graphic novel that depicts Mao Zedong like he’s never been depicted before. The author of the novel spent 30 years as a state artist for the Communist Party, seeing firsthand the effects, both positive and negative, of such a radical government. This 700-page tome has often been compared to Zhang Yimou’s groundbreaking film To Live for its sweeping and honest look at life under one of the world’s most authoritarian regimes.