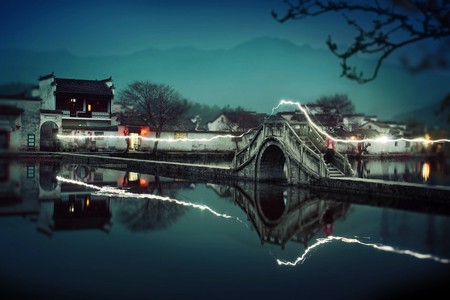 As China’s cities grow ever larger, it is remarkable that some of its villages remain nearly untouched. Whether beautiful for their nature or their unique culture or both, these 11 villages will show you a side of the country you never thought you could still see.

Wuyuan County in China’s southeastern Jiangxi Province is known for being the home of some of the country’s best-preserved ancient architecture. Most of the county is rural and dotted with quaint villages. One such village is Likeng. Built in the year 1010, the village preserves the region’s unique Hui architecture, which is typified by whitewashed walls and cyan blue rooftops. Though the village charges an entrance fee to tourists, it is a worthwhile point from which to view the blossoming canola flowers in the spring and admire the local calligraphy under camphor trees as old as the village itself. 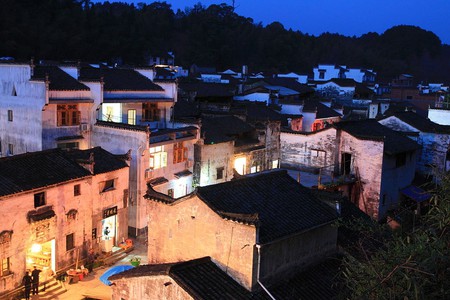 Another must-see stop on the tour of rural China is Yunnan’s Luoping County, renowned for its unique karstic hills and endless fields of yellow. Nestled among the fields and hills is little Niujie Village, around which the canola flowers bloom splendidly on tiered meadows reminiscent of rice terraces. The best time to visit Niujie is from February to March, when the flowers are at their peak. 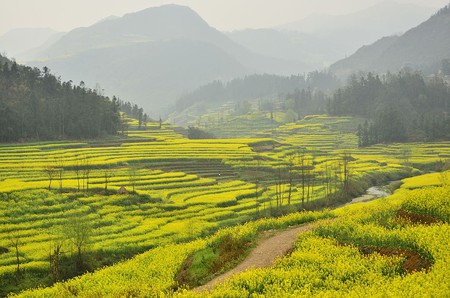 If you like Guilin and Yangshuo but hate crowds, Huangyao Ancient Town is the place for you. Situated on the lower reaches of the Li River about a three and a half hour drive from Guilin, Huangyao has all the charm of the neighboring towns and cities without the same kitschification. The families who reside in the village today, most of whom are surnamed either Huang or Yao, are the same ones whose ancestors founded the town 900 years ago. Huangyao presents lucky visitors with typical old China scenes that they hope for but don’t expect. 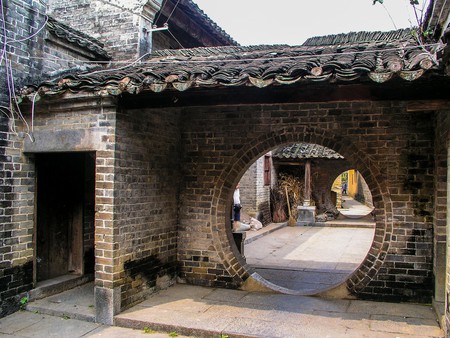 With few international tourists aware of Sichuan Province’s Garzê Tibetan Autonomous Prefecture, those who do make the six hour trek from Chengdu are rewarded with unspoiled views unlike those anywhere else. And within the heart of the prefecture, far away from polluted cities, lie the Danba Villages, considered by some as the most beautiful villages in all of China. Each village in the cluster is made up of unique Tibetan style folk houses, which are built on the sun-facing slopes of the mountains. They are typically painted red, yellow, and black, with religious iconography adorning the walls. At the top of the houses are four white turrets, which represent the deities of the hills, trees, rivers and fields, respectively. 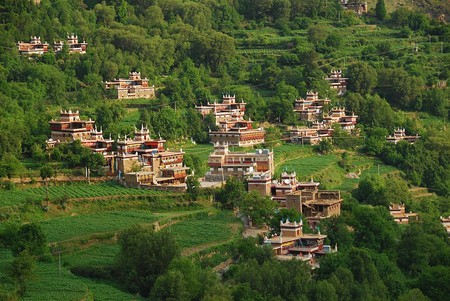 Though the Longji Rice Terraces are perhaps China’s most iconic, the Yuanyang Rice Terraces are China’s most beautiful. Seeing the way the morning sun rays bounce playfully off the flooded fields in winter, it’s hard to believe that people can live in a place so majestic. Yet burrowed between the Duoyishu and Bada terraces is a village populated by the Hani and Yi ethnic peoples. On market days, locals gather around to buy and sell fresh produce, livestock, cultural wares, and more. And unlike other ethnic villages in the area, Shengcun does not charge an entrance fee. 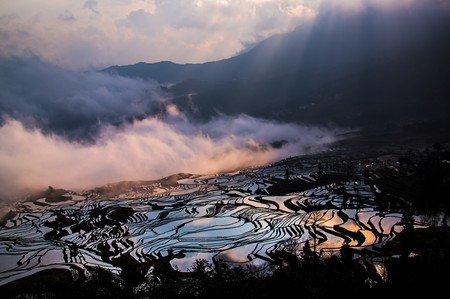 Though Hongcun is one of China’s most well-known ancient villages, its popularity has not spoiled its singularity. After a climb through the stunning Yellow Mountains, rest for a while in this foothill village, which was the filming site for select scenes from Ang Lee’s Crouching Tiger, Hidden Dragon. Centered around a moon-shaped pond, the village was named a UNESCO World Heritage Site in 2000 for its well-preserved Ming and Qing-era architecture. 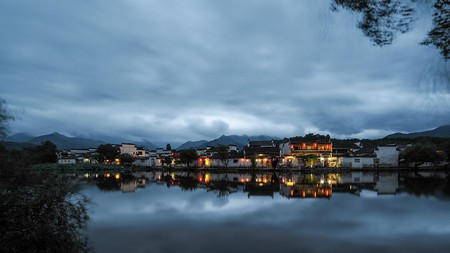 Though Shiwei is more town than village in style, its small size makes it a fitting addition to this list. Located in the grasslands of Inner Mongolia on the border with Russia, Shiwei combines the best aspects of three cultures: Russian, Mongolian, and Han Chinese. Ride a horse through the grasslands by day, eat the local fusion delicacies by night, and sleep it all off in a Mongolian-style yurt – or ger – with nothing but the sound of cattle to lull you into your dreams. 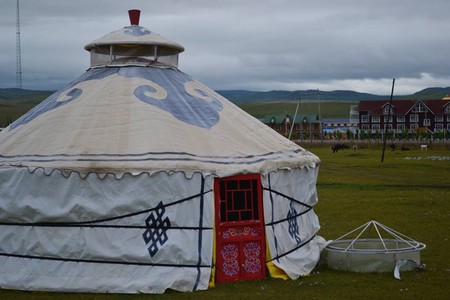 Looking around at the log houses of Hemu Village, it’s hard to believe you’re in China at all. But this village, populated by the Tuwa minority, is the perfect demonstration of the country’s diversity. Situated on the banks of the magnificent Kanas Lake, Hemu Village is gaining popularity for the idyllic lifestyle it promotes. Yet most of the residents don’t rely on tourism money to survive, persisting instead in the local specialty of animal husbandry. 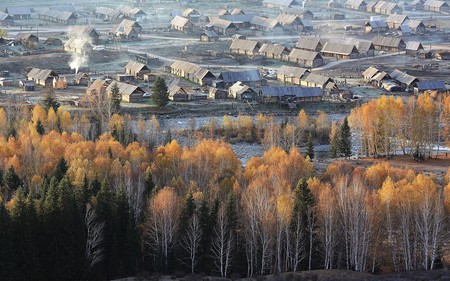 With nearby Shanghai busy at all hours of the day, Tongli Ancient Town is a surprising and welcome respite. Tongli is one of the area’s smallest water towns and one of the quietest. Tourists used to flock here for the China Sex Museum, but it has since closed, making Tongli a relaxing and crowd-free stop on the way to Suzhou, the “Venice of the East”. Its architecture is similar to that of more frequented alternative Zhouzhuang, but on a much smaller scale. Highlights include 15 canals and more than 40 bridges. Entrance to the town is RMB100 (US$15). 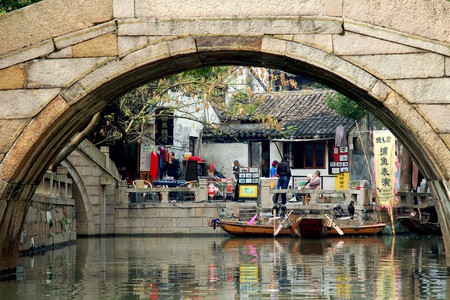 Nicknamed “China Snow Town” for its annual seven-month-long snowfall, Shuangfeng Forest Farm is where you want to be if you wish to experience China’s deepest snows. Over the years, China Snow Town, once a one-street logging village, has slowly transformed into a charming tourist destination, with many of the original homes now converted into guesthouses. Visitors may reach the town via a tourist bus from the city of Mudanjiang. 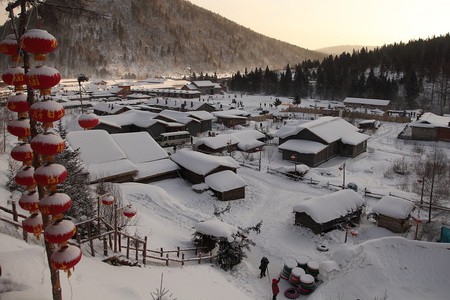 Home to the largest concentration of ethnic minorities in the southern Guizhou province, Qiandongnan Miao and Dong Autonomous Prefecture is a wonderful place to experience unique cultures just minutes from each other. Some of the towns in the prefecture have given way to the tourism monster and capitalized on their uniqueness by selling tickets to ethnic dance performances and the like, but many are still worth visiting for their rural vibes and one-of-a-kind architecture. One such village is Langde, where visitors can experience the vibrant Miao culture without feeling like they’re in a human zoo. The village itself is said to look like a mirage from far away, due to its position among hills and water. 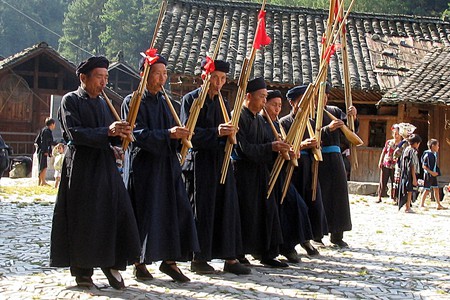