The most widely spoken language in the world with nearly 1.2 billion speakers is Mandarin Chinese, and it’s a language on the rise. Some fantastically bizarre expressions with unique historical roots can be heard on the streets in China, expressions that many believe are an indispensable part of Chinese language and culture. Indeed, it is often said that communication in China without proverbs is like food without salt – bland. With that settled, here are our favorite Chinese expressions you should know. 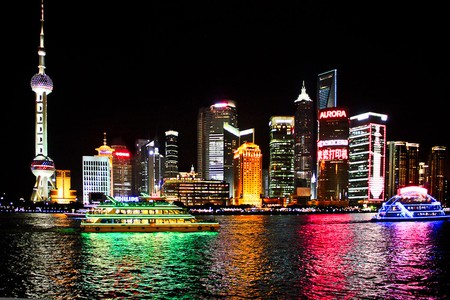 The literal meaning of this endearing expression is “a very confused worm.” But the metaphorical meaning is a muddleheaded person, or rather a fool. For example: “Poor fools! They did not understand that they were caught like stupid worms (糊涂虫) in our trap.” To be called a hu tu chong is obviously not a compliment and should be avoided in polite company. Unless you’re joking with a really good friend or family member, it’s better to hold your tongue with this one – or risk sounding like a confused worm yourself. 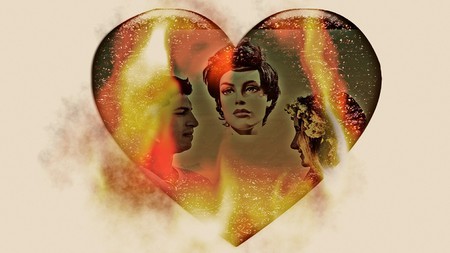 The implied meaning of someone who “eats vinegar” is jealousy. But what’s the relationship between vinegar and jealousy?

This is a story originating from the Tang dynasty, when the emperor himself sent a beautiful young concubine to a favored prime minister as a gift. The prime minister’s wife, known for her interfering and henpecking ways, was very jealous. She threatened to kill herself by drinking poison rather than bow to the emperor’s will in the matter. The emperor found this touching but also wanted to test her dedication to her husband. So, he forced the wife’s hand, giving her a vial of poison and telling her to either accept the concubine or her death. She drank the vial without hesitation, only to find it full of vinegar. Since then, eat vinegar has become the metaphor of jealous and envy.

More commonly known as a comet in the rest of the world, in China, there is a deeper meaning behind this celestial phenomenon. The long, trailing tail of a comet is also a symbol of an unlucky woman, one who others perceive as a jinx.

This originates from Han dynasty folklore, which believed the comet’s main responsibility was to literally sweep things from the sky. This would mean serious consequences on earth, such as war or natural disasters, and as a result, comets became omens of bad fortune. If someone is a “sào zhǒu xīng,” it means they will bring you bad luck. This saying also mainly applies to women…. because apparently the Han dynasty was rather on the sexist side. 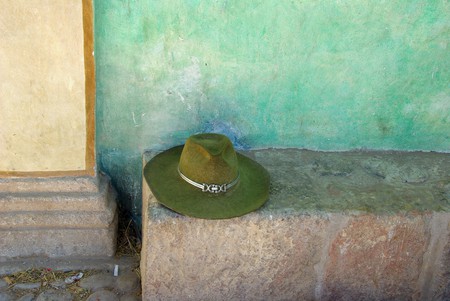 The legend is that, in ancient times, a wealthy merchant would frequently leave his beautiful wife alone for long periods of time in order to travel and conduct his business. His wife could no longer stand the lonely nights after a point and began an affair with a cloth vendor. After a few close calls wherein her husband nearly discovered the affair, the wife came up with a solution to communicate with her cloth-selling lover; she asked him to make her a hat made with green fabric. Her lover agreed, and the wife gave the instructions that when her lover would see her husband leave their house wearing the distinctive green hat, she would be available for a naughty tryst.

A few days later, as her husband left on another long business trip, his wife hurriedly took him the green hat telling him to wear it to protect him from the elements on his travels. Her husband happily wore the green hat on his way out of town, riding his horse proudly through the streets without realizing how he was beckoning his wife’s lover to her.

To have a hard mouth implies you are stubborn and reluctant to admit mistakes or defeat. Firm in mouth, firm in speech. Are you are a hard mouth person, or have you ever known one? 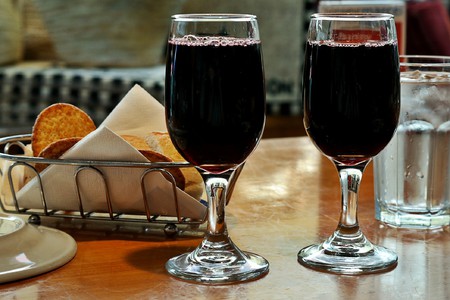 This literally means the capacity of the sea, however, to use it among friends implies you have a limitless stomach when it comes to alcohol. So if you’re out on the town throwing back a few, and a friend remarks that you are a “hǎi liàng” person, it means that you could probably handle a few more glasses of wine (or baijiu).

This is a more straightforward expression, implying that someone has two sides to him or her. The Chinese use it in a slightly more light-hearted manner, however, as it generally refers to people who are good at camouflaging their emotions and will agree to something or someone when in truth, they mean no.

Generally used by urban residents to refer disdainfully to people from rural areas – on par with calling someone a bumpkin. It denotes a clumsy, slow, and vulgar type of character, overwhelmed by the bright lights of the city. It is actually a very mean word to call someone unless you’re joking (“That beard makes you look like a xiang ba lao!”), so steer clear of this one if you’re trying to make friends in China.

The literal meaning of this furry expression is “marry a chicken, live a happy chicken life” or “marry a dog, live a happy dog life.” What it’s really getting at is more correctly translated as, “Who you marry, you must follow.” So is marriage with livestock commonplace in China?

Thankfully, no. The Chinese words for “chicken” (ji) and “dog” (gou) are close homonyms to “beggar” (qi) and “old man” (sou). This proverb has it roots in the belief that if you marry a beggar, you follow him; and if you marry a very old man, you must also follow him. You can see where this is going: ancient Chinese values strongly advised abiding to your husband no matter what his character may be. 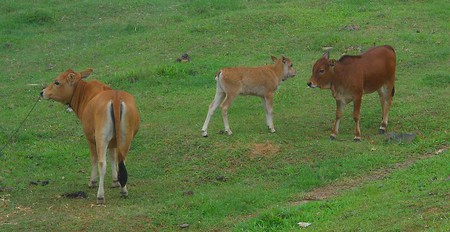 The literal meaning of this is to blow on cows and is used today when someone makes an exaggerated claim about their abilities, or more simply, a boast. But why blow a cow, and not a house cat or giant panda? There is an interesting story behind this.

In ancient times, in order to cross the famous Yellow River that flows through the territories of the Shaanxi provinces, people would need to create rafts from the hides of animals, typically sheep or cattle. They would kill the sheep or cows, then peel the skins, drying and sewing them into the correct shape for the raft. The most difficult part about fashioning a raft was inflating the hide, however. Only the very physically strong could manage this arduous task, depending on an incredible lung capacity that was rare to find. It would often take more than one person to manage the process.

If someone were to make the claim that they could blow up the cow skin on their own, it was often seen as a laughable claim. And today, if someone insists on boasting shamelessly, others will tell them to go to the Yellow River and blow on a cow skin there to better use all that air they’re using up.