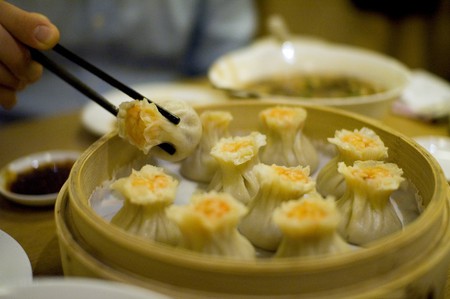 Hailing from the Guangdong province, Cantonese cuisine (廣東菜), is now popular throughout all of China. Though dim sum is synonymous with Cantonese food, there’s a whole range of other dishes to try too. Here’s our pick of the top 10 traditional Cantonese dishes you need to try on your trip to China.

First recorded as being made between 1920 and 1930, shrimp dumplings (虾饺) are one of the many dishes that make up Cantonese cuisine. A simple dish with an extraordinary taste, shrimp dumplings are a dim sum staple. The dumplings are typically made from a few varying ingredients, one of which being pork, and taste best when eaten with vinegar and chili flakes, and of course, a side of rice!

Rice rolls (肠粉), also known as rice noodle rolls, or steamed rice rolls, are a widely popular and traditional dish served in the Guangdong province. Due to the shape of the food, which resembles a pig’s intestines, the rice roll’s name is frequently translated to “intestine noodle.” Although the direct translation of the name can be misleading, the rice noodle rolls are traditionally stuffed with seafood, meat, and/or vegetables. After the filled noodles are steamed, they are commonly topped and served with soy sauce. This food, like many other Cantonese foods, is considered to be part of the dim sum family and are certainly worth a try. 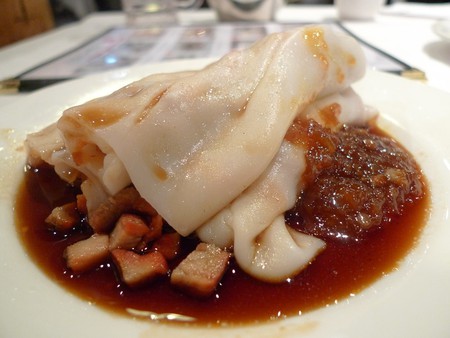 Otherwise known as BBQ pork buns, Cantonese steamed pork buns (叉烧包) are popular throughout China as a whole. This dish serves as both a traditional food, as well as a comfort food to many, and is a must-try when ordering dim sum. The dish’s name perfectly describes itself; steamed pork buns are a hearty dish consisting of shredded pork and BBQ seasoning, all wrapped in a doughy steamed bun. Steamed pork buns are not limited to being eaten during just lunch or dinner, but are commonly consumed for breakfast as well.

For the more adventurous foodie, chicken giblets, or scraps (鸡杂) are a Cantonese dish worth trying. The ‘scraps’ that make up the dish often include a chicken’s gizzard, heart, liver, or other internal organs. These scraps are traditionally served either with a noodle dish, such as Lo Mein or are seasoned and served with rice.

Turnip cakes (萝卜糕) are also called radish cakes, and are a traditional dim sum dish, with a very simple recipe. The cakes are most commonly made from just a few ingredients, but vary from place to place; it is not uncommon to see turnip cakes with minced meat or seafood as an ingredient as well. Turnip cakes are typically fried but are at times steamed. They taste best when doused in soy sauce, or when served with hoisin sauce and chili flakes. 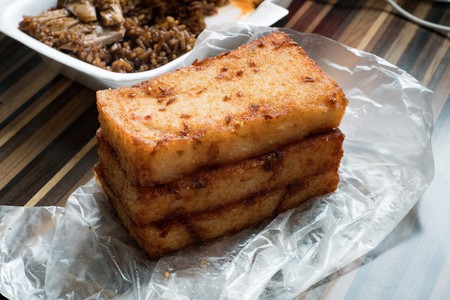 A twist on the well-known sweet and sour chicken, sweet and sour spare ribs (生炒排骨) is a popular Cantonese dish served alongside a bowl of rice. The sweet and sour flavor of the dish derives from the vinegar, preserved plums, and hawthorn candy that the pork is stir-fried in. This dish is a crowd-pleaser and is suitable for the less adventurous foodie. 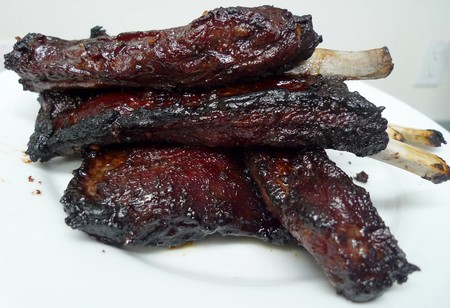 Unlike the other Cantonese dishes mentioned thus far, choy sum served in oyster sauce (蚝油菜心) is a vegetable dish. ‘Choy sum’ is the name of the leafy-green Chinese vegetable that serves as the base of this dish; the choy sum is typically dressed in a mouth-watering oyster sauce, and served as a side.

A traditional Cantonese soup, wonton noodles (云吞面) are a delicious cuisine staple. A steamy hot broth soup consisting of Chinese kale, egg noodles, and wontons containing seafood, meat or vegetables, make this dish satisfying and more than perfect for a cold day. Although there are many variations of wonton noodles, the most common variation is the type served in the Guangdong province; the wontons in this soup are predominantly shrimp but are often mixed with minced pork.

Char siu (叉烧) translates to “fork roast” and explains the cooking method behind this dish. Boneless pork is first skewered on metal forks and then roasted above a fire. It is seasoned with traditional Cantonese seasoning, giving it a sweet taste, and consumed with rice to make a meal. Although it is a simple dish, char siu is an excellent dish to try to get an authentic taste of the Guangdong province. 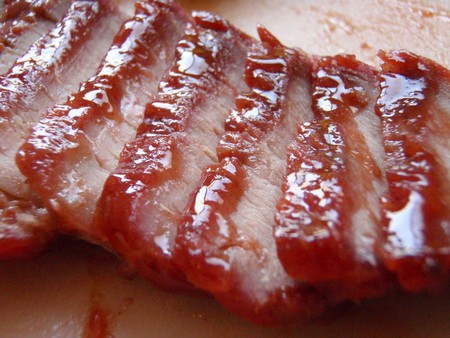 White boiled shrimp (白灼虾) is another simple Cantonese dish that is essential to try. The shrimp is boiled in a pot of water and served uncleaned, with its shell on and limbs still intact. Although this method of preparation may sound odd, it is absolutely delicious and is even better when dipped in soy sauce. Eat the shrimp with a bowl of rice to make it a relatively healthy and hearty meal! 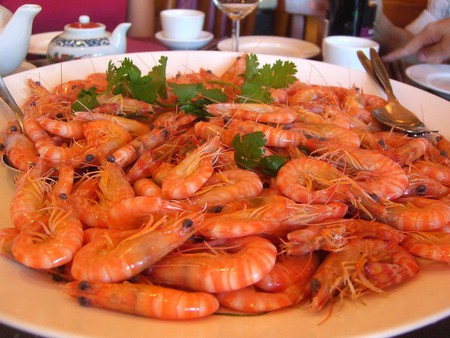 Fresh boiled prawns I | © Alpha
Give us feedback