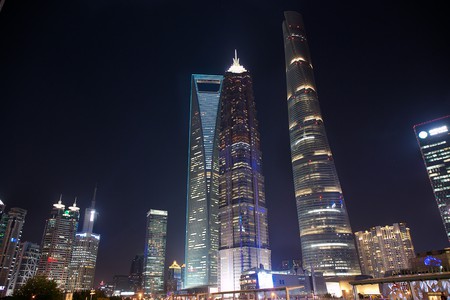 Opened to the public in 2016, Shanghai Tower is one of the world’s most impressive architectural marvels. Rising above the city’s financial district, it represents a green future for China. A tower so tall you can only see the top on a clear day, the Shanghai Tower is known for its height, but that is only the beginning of the story.

It is the second tallest building in the world

It has the world’s highest observation deck.

Skyscraper fans and those who want an unbeatable view can’t do much better than the observation deck of the Shanghai Tower, located on the 121st floor. At 561.3 meters (1841.5 feet), the deck is the highest in the world, offering viewers a godlike perspective of Lujiazui and the Huangpu River. 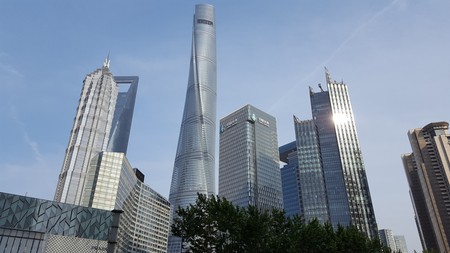 Its elevators are the fastest in the world

If you’re worried about a long trip to the top, fret no more. Designed by Mitsubishi, the elevators in Shanghai Tower are the fastest in the world, traveling at speeds of 74 km/h (45.9 mph). That’s faster than the speed limit of most in town roads!

It is state owned

The tower is owned by Yeti Construction and Development, a coalition of state owned development companies like Shanghai Lujiazui Finance & Trade Zone Development Co. and Shanghai Construction Group. Funding for construction came in part from Shanghai’s municipal government, with the total cost coming in at RMB16.5 billion ($2.4 billion).

It has nine zones

The tower is formed from the stacking of nine cylindrical buildings. Each of these nine zones contains a separate atrium, featuring gardens, cafes, and retail space. From the outside, the nine zones are impossible to see, as the entire structure is encased in a transparent glass facade. 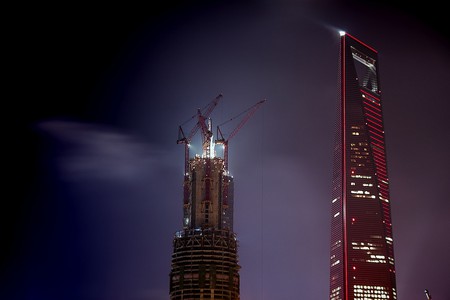 The Shanghai Tower is an encouraging symbol of China’s new commitment to environmental friendliness. It incorporates several green architectural elements and was praised by its design firm as “the greenest super high-rise building on earth.” For example, the 120° twist is intended to reduce wind loads on the building by 24%, allowing the construction team to use 25% less structural steel than a non green design of an equal height.

The architectural firm behind its design is American, but its chief architect is Chinese

Shanghai Tower was designed by American architectural firm Gensler, whose other notable projects include JFK International Airport and the Houston Ballet Centre for Dance. However, the design team was led by Jun Xia, who was born and raised in Shanghai and received his architectural training from Tongji University, located in, you guessed it, Shanghai.

It has two “sister towers.”

The tower is totally unique in its design, but city plans from 1993 reveal that it was intended as one of three super tall towers all located in the Lujiazui financial district on the east bank of the Huangpu River. The other two were completed before Shanghai Tower, Jin Mao Tower which opened in 1999, and the Shanghai World Financial Center, which opened in 2008. 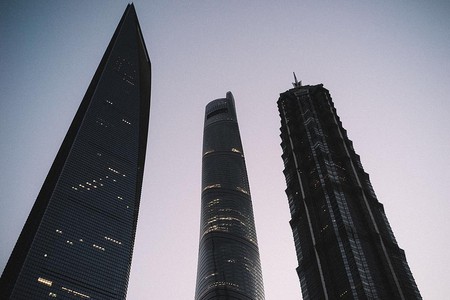 At any given time, the Shanghai Tower can comfortably accommodate 16,000 people, meaning that the entire population of South Pacific island Tuvalu could visit it at the same time (with room to spare).

It contains the highest hotel in the world. 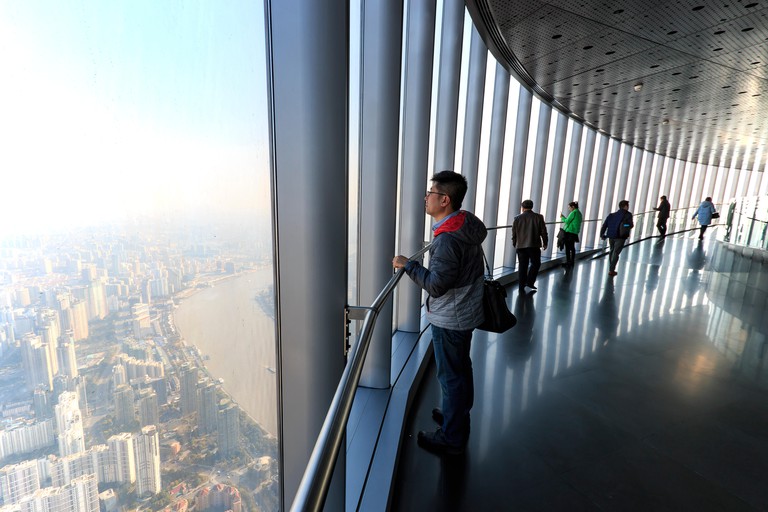 Located between the 84th and 110th floors of the Shanghai Tower is J-Hotel, run by Chinese brand Jin Jiang International Hotels. At the time of its completion, it represents the highest hotel in the world, beating out the Hong Kong Ritz Carlton and the Park Hyatt Shanghai (located in sister tower Shanghai World Financial Center).