10 Things to Know Before Heading to China (From an Expert) 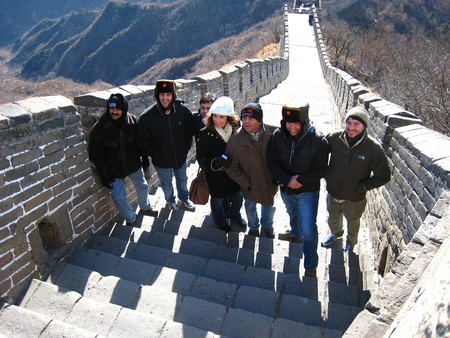 Like all new places, China can be tricky place for newcomers to navigate – made even harder by the difficult language and non-romanized script. However, Jamie Barys, co-founder and Chief Eating Officer of UnTour Food Tours has been helping guide people (tourists and residents alike) smoothly through their China experience for years. Here are her top China tips.

If you want access to most of the internet’s top sites like Google, Gmail, Youtube, Twitter, Facebook & many more, you’ll need to set up a VPN before you arrive. Once you land, you might not be able to access the sites to download them. There are many on the market, but we recommend setting up ExpressVPN or Astrill on your computer, phone and tablet devices before arriving in China.

Alipay and WeChat are ‘super apps’ that are now more widely accepted than cash and cards in China. On these mobile apps, you can scan QR payment codes, transfer money, request taxis, rent bikes, order food and SO. MUCH. MORE. Download one or both of these apps and bind your credit cards to them beforeyou come to China. They both have English language versions. 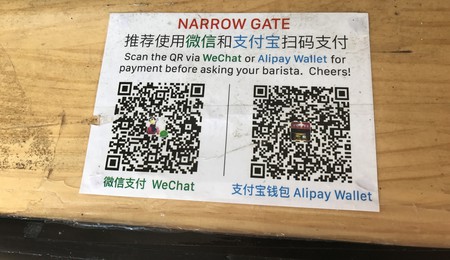 Bikes: China has been swept up in bike-sharing programs – if you don’t want to rely on subways or taxis (often hard to hail on the street), then download Ofo or Mobike. This app is super convenient as you can rent a bike and leave it anywhere, all for RMB 1 (16 cents) per 30 minutes. There are over one million shared bikes on Shanghai’s streets alone. We recommend downloading WeChat or Alipay (see above) to make it easier to pay your refundable deposit and for each ride, and there are options to rent bikes via those apps as well.

Subway: The subways in China are all clean, modern and English-language friendly, so don’t feel intimidated to use them – they’re honestly easier to navigate than NYC’s system. Use Google Maps or MetroMan for subway directions since Shanghai and Beijing have two of the largest subway systems in the world, and it will show you the fastest transfer routes.

Taxis: Hail taxis by waiting in the special taxi line at airports and train stations. Never respond to anyone who approaches you offering taxi services – you are guaranteed to be scammed.

Uber’s Chinese operations arm was purchased by local car hailing app Didi Chuxing in 2016, and the new owners promptly made it impossible for foreigners to use Uber in China. It’s now a completely different app than the one you use elsewhere in the world. But the good news is Didi Chuxing launched an English language app in 2017. You can call taxis, private cars and shared cars from an international number, as well as use an international credit card. Search your app store for ‘Didi Chuxing’ to find it – or call a car on Didi using Alipay or WeChat.

Pro tip: All of China’s street signs are written in English and Chinese characters, and include the cardinal direction on the sign. Look for N/S/E/W to tell which direction you are walking in – and don’t be surprised if people give you directions telling you to “walk north two blocks”. 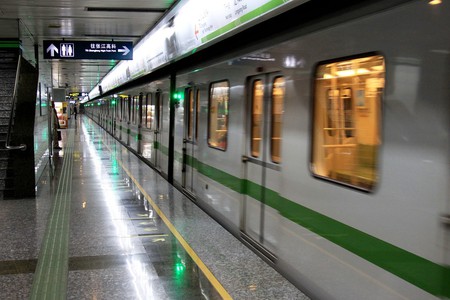 Apple Maps is definitely not reliable in China, and Baidu Maps is great for those who are Chinese-character-literate. If you cannot read Chinese characters, then Google Maps is your best bet for getting around (make sure you have that VPN first). And keep in mind, if you load Google maps and star or click ‘save’ for the places you’re planning to visit, you’ll still have your location and the starred places, even if you don’t have internet when you’re on the go.

Get your characters ready

Chinese taxi drivers will not speak any English, nor will they be able to read pinyin. Always make sure you have the full address of where you are going in Chinese characters (including the closest intersection) and keep your hotel’s address with you so you can get back easily. If you have a VPN, Google Translate will work great. Or download Pleco for a Chinese dictionary.

Most restrooms at international and upscale Chinese restaurants will come equipped with toilet paper and soap. This is not the case everywhere. It’s best to carry a small packet of tissues with you at all times, along with that all-important liquid sani. Although the situation is modernizing, China is still well known for squatter toilets, which generally resemble a simple porcelain hole at ground level. While inevitable if you travel in rural China, western-style toilets are commonplace in large cities such as Beijing and Shanghai. Look for them in five-star hotels, Starbucks, malls and other mid to high-end developments – you can usually just walk right in to use the toilets at these places. 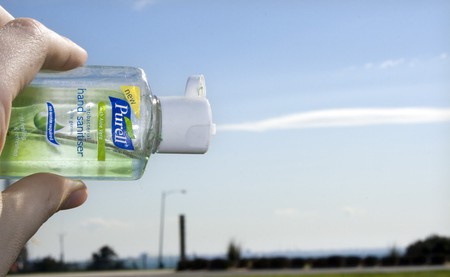 China is generally a safe country, but you want to be wary of some well-disguised scams directed specifically at foreigners.

Taxi scam: In this scam, taxi cab drivers will switch out a real bill (usually RMB 50 or 100 notes) you just gave them for fake ones and then claim that you owe another. The stakes aren’t generally too high with this scam, but it is unjust nonetheless and should be watched out for. If you feel comfortable and the situation seems safe, let them know that you know this is a common scam, otherwise simply insist on a receipt and take down their information on the dashboard and license plate number. This is another reason to download Alipay or WeChat, as you can pay for taxis via this app.

Tea scam: In this scam, young, friendly people (usually two 20-something women) will approach a tourist and engage them in conversation or ask them to take their picture in front of a local landmark. After exchanging pleasantries, they’ll then inquire if they would like to drink tea, or go to a teahouse and chat further. After leading the visitor to an unlicensed café or simple living room to sample tea or coffee, the foreigner is presented with a bill that is much more expensive than it should be (sometimes into the thousands of RMB).

Art student scam: Friendly college-aged people approach foreigners and claim to be art students. Usually, the tourist is led to a studio or stall with artwork displayed, and pressured into buying what are actually cheap reproductions. The artwork is advertised as US$80-200 or more. This is common around Tiananmen Square and the Forbidden City in Beijing.

China’s public holidays are not a recommended time for traveling domestically, as most workers have the same days off and will try to go to their ancestral hometowns or popular tourist spots. This leads to chaotic scenes in airports, train stations and major sights. Generally, travel just becomes even more crowded and unpleasant. Prior booking is essential if you must come during the two main holiday periods called ‘Golden Weeks’: Spring Festival (aka Chinese New Year) and Mid-Autumn Festival & October Holiday. 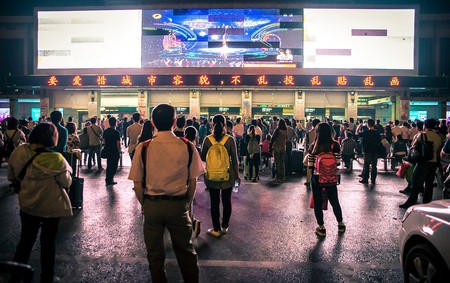 Indulge in a massage (or three)

One of the best parts about traveling in China is the cheap massages, especially after a day of trekking on the Great Wall or pounding the pavement in the former French Concession. Ask for a recommendation for a local massage place from your concierge or tour guide and expect to pay between US$20-30 for an hour-long Chinese-style foot massage (avoid overpriced hotel spas). These massages are reflexology based, so the pressure will be hard and a little painful at first. But when you put your shoes on to walk out, it will feel like you’re walking on air.

Keep in mind that you should avoid any place where the women masseurs are dressed in anything that looks like it might be uncomfortable to give a massage in, like high heels or tight skirts. These are not legitimate massage places.

Experience China through its food

Regional differences in cuisine, from Cantonese to Sichuan to Huaiyang, are as different as the cuisines of Europe, so there’s plenty to try. But eating well in China can be difficult if you don’t read the language or know what each provincial cuisine excels at (for example, did you know that Yunnan is famous for its grilled goat’s cheese?). Hop on a food tour, like one of ours in Beijing, Shanghai, Chengdu & Hong Kong, as soon as you arrive, and ask your guide for tips on where to eat for the rest of your trip – these experts are a gold mine of info when it comes to excellent local eats and will often offer specific dish recommendations to ensure you have a great meal. 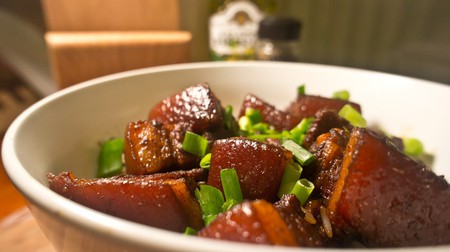 Jamie Barys is the Chief Eating Officer of UnTour Food Tours, China’s top-ranked food tour operator since 2010. She is also the co-author of Glutton Guide Shanghai and co-publisher of the Glutton Guide: The Hungry Traveler’s Guidebook series. 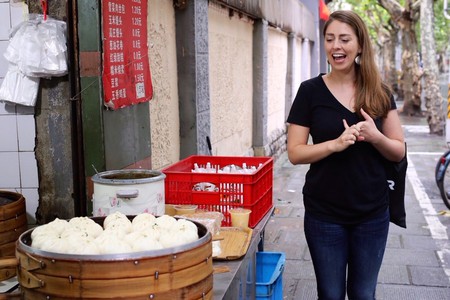