7 Alternative Things To Do in Shanghai 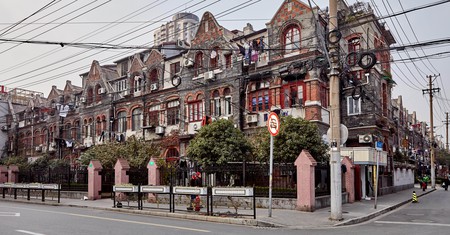 There are a lot of things to do in Shanghai. If you’ve already marvelled at the Bund, shopped until you’ve dropped at Nanjing Road East and admired Yu Garden, here are a few alternative things to check out instead.

Go bouldering by the river

There are numerous climbing spots in Shanghai, but the West Bund Climbing Wall in Xuhui district is unique in that it’s free and in an open space (two rarities in the city today). This is one for the brave, as there are no lockers or changing rooms and no equipment provided. You just turn up and climb. Even if you don’t want to give climbing a go, it’s still a relaxing spot to pack a picnic, watch others conquer the wall and take in the riverside views in a trendy part of town.

Shanghai’s Art Deco scene played no small part in the international popularity the city enjoyed during the 1920s and ’30s. As part of an economic partnership in 1929, Chinese nationalists designed the Greater Shanghai Plan: a Chinese Art Deco ‘city’. Buildings inside this site once included a library, gymnasium, city hall and even government headquarters. It was abandoned during Japanese intervention in the Second World War and was sadly never completed. Today, you can book a walking tour to discover the remarkable history of this eerie relic, located in the Baoshan district of northern Shanghai.

Hang out where Gotham meets Shanghai 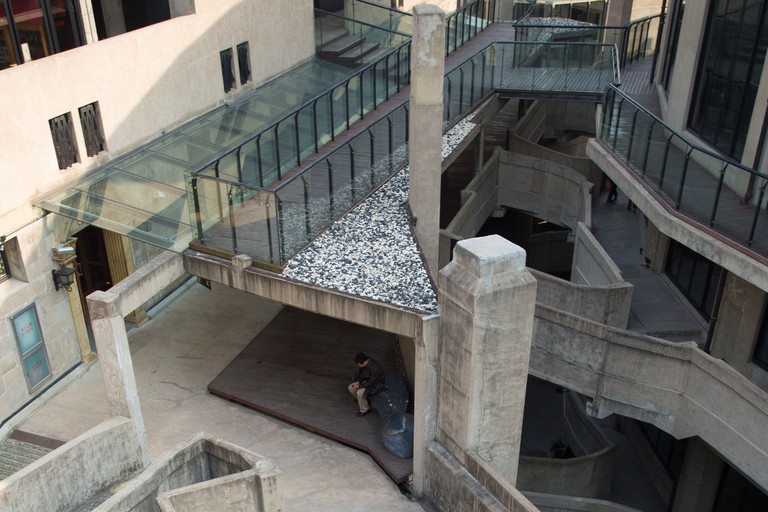 Once the largest slaughterhouse in Shanghai, today the 1933 Old Millfun is renowned for its ‘Gotham-Deco’ architectural style. It’s a maze of brutalist architecture: set over five storeys, there are 26 freestanding ‘bridges’, a zigzag of ramps and asymmetric staircases, and even concrete latticed windows. Popular with creative types today, it is filled with offbeat cafés, galleries and studios. You could easily spend the better part of an afternoon taking in this magnificent, poured-concrete structure.

Open In Google Maps
Shanghai , China
Give us feedback 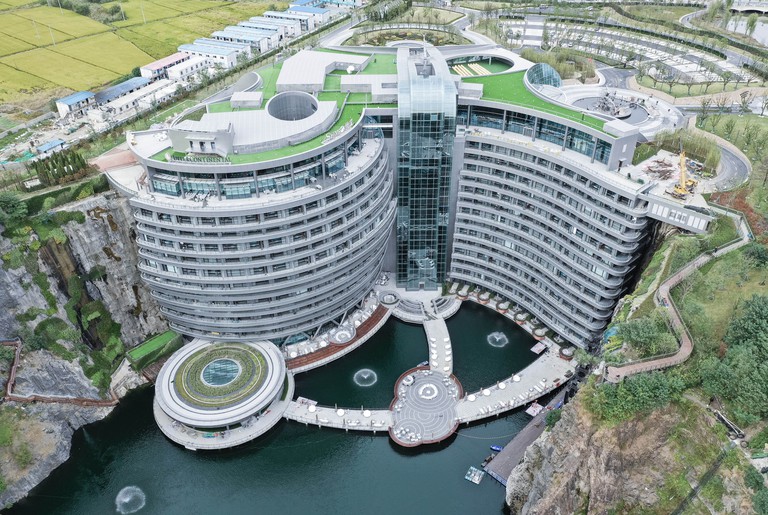 The Intercontinental Shanghai Wonderland hotel has got as many things going for it as its name has syllables. Built into the side of a decommissioned quarry, the hotel is the world’s first ‘groundscraper’. Fifteen storeys stretch 88 metres below ground level, and two storeys are above ground. This is one to blow the budget on: rooms include marble-topped bathrooms, walk-in wardrobes and stunning views overlooking the bejewelled quarry. There are even glass-walled aquariums in the suites. Guests receive full use of an indoor swimming pool, and there are two bars and lounges, with one including an aquarium sea life wall. If you really want to push the boat – or car, more aptly – out, they also offer a private limousine service.

Travel back in time to the Old Jewish Ghetto 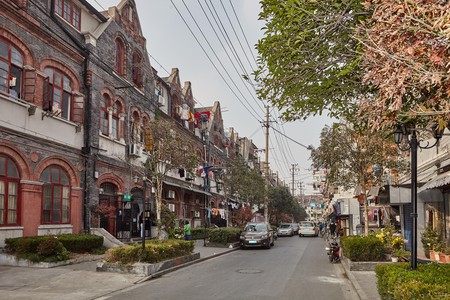 The Old Jewish Ghetto, or Shanghai Ghetto, covers just one square mile in the Hongkou district. During the Second World War, roughly 20,000 Jewish refugees were based here in cramped conditions. As you wind your way down the narrow lanes, keep an eye out for metal Star of Davids on some of the front doors, even if the establishments have changed since. One of the original synagogues was converted into the Shanghai Jewish Refugees Museum, which is a good place to start your journey around the area.

Listen to the KTV of the aviary world 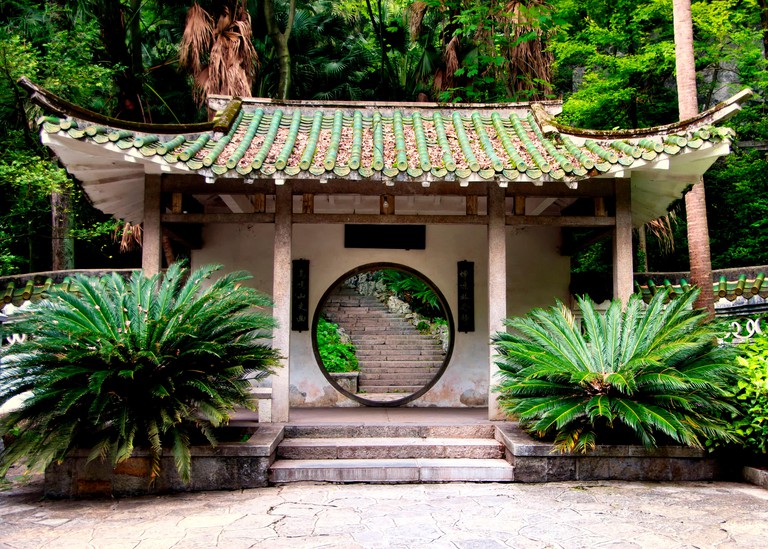 Guilin Park is one of a kind. It’s slightly smaller than Shanghai’s other parks, but there’s still plenty to take in, from quiet waterways to opera rehearsals. At the centre of it all is a collection of caged birds. Once a year in spring, their owners take part in a bird-singing competition, where they’re judged on song length, tonal changes and volume (yes, really). This tradition dates all the way back to the Qing dynasty and isn’t one to be missed. Catch the owners training their green and brown birds here year-round for a glimpse into an ancient pastime.

Squeezed between the mainland and Congming Island, Changxing Island and Hengsha Island Wetland (its smaller island counterpart) allow you to enjoy a slower pace and appreciate the surrounding nature and wildlife. Either take the bus from the Science and Technology Museum (takes 20 minutes and costs ¥9, roughly £1). Alternatively, ferries from Wusong take just under half an hour. This is somewhere to embrace slow travel in Shanghai, so arrive early in the morning, hire a bike and take in the area as you cycle along the wide, largely empty roads. It’s also known as ‘orange town’, as it’s said that over 1.75 million kilograms of oranges are produced here annually.